The GOP will only double down in its support. They’ve chosen to make their stand with this lying creep, which post-2016 gives them a decent chance at winning.

The Federalist Society probably doesn’t deliberately select and groom actual rapey racists (baring further evidence), but I wonder if they can get the attitudes that they want towards women and race without that person have something in their closet or lightly buried in their past?

Oh to be one of the flies on the wall in the oval office right now.

I am guessing American catholics will be willing to sacrifice this woman for the possibility of overturning Roe v Wade.

Edit: it appears my catholic family and friends back home are Catholic + a special kinda crazy conservative and are not representative of most catholics…

IIRC, the right wing has trotted out talking points that this was long ago, when he was a teenager, and we shouldn’t judge the adult man by the boy he was in high school. And I think back on the person I was in high school… and I think I can say that I was already, fundamentally, the person then that I am now. So nope, not buying that excuse.

Does the nature of the child in school reveal things about the fundamental character of the adult twenty or forty years later? Hell yes.

Never just one, is it.

Can I talk a bit about Al Franken here? 'cause I want to relate this to Al Franken:

What Kavanaugh stands accused of right now is already way worse than anything Al Franken ever did or was alleged to have done.

From a strict gamesmanship perspective, it’s helpful from the POV of holding people to account that Franken was pushed out over his misbehavior. If he was sitting in the Senate right now it’d open Democrats to too easy a charge of hypocrisy. This is now looking like it was a knight sacrifice to capture a rook down the line.

Not to unduly inject jocularity here, but should we nominate “a Franken” as a unit for sexual misconduct that should (90%+ chance) derail a political career? IMO, last night’s news puts Kavanaugh at 5 Frankens at the very least. Easily could elevate that number to 15 if still more comes out in the next few days.

** Those who necromance my comment history will see that I didn’t want Franken to be shown the door after the first 2-3 accusations – there was still too much possibility that political dirty tricks were in play at that point, IMTO, and some accusations were comparatively minor – comparatively! Not trying to undermine their seriousness! But that further accusations would change the complexion of things dramatically.

Fair enough, but I know plenty who will be willing to…

Oh to be one of the flies on the wall in the oval office right now.

I’d guess Ⱦrump’s genuinely flummoxed by the accusations. To him, the things Kavanaugh is alleged to have done sound like a moderately successful Friday night.

I am guessing American catholics will be willing to sacrifice this woman for the possibility of overturning Roe v Wade.

The loudest voices for overturning Roe v. Wade in America are the Evangelicals, not the Catholics.

If the Right gave a damn what the Catholics wanted in a judge they’d have to pick someone who was anti-death-penalty and sympathetic to immigrants.

The lesson Republicans took from the Frankin affair is that Democrats are fools that immediately backstab one another the instant something bad shows up in the New York Times. Their takeaway is to stand behind their members regardless of circumstance. Politics is a game and they’re playing to win.

The lesson Republicans took from the Frankin affair is that Democrats are fools that immediately backstab one another the instant something bad shows up in the New York Times.

Ousting Franken when they did gave Democrats the clear moral high ground at a time when they were fighting a hotly contested race against Roy Moore. It’s no exaggeration to say that there might well be a known child molester in the Senate today if Dems had gone all in to defend Franken.

Remember Anita Hill, left to die alone on that hill? Are we seeing the multiplying effect of #metoo at work here? Would Prof Ford have been left to the wolves if women didn’t feel they would be supported and protected coming forward? Seems to me that even a few years ago she would be. I really hope this is the new normal and women feel empowered to support each other like never before. It’s a small step on a long road, but this has been a particularly crucial one.

Edit- That “left to the wolves” part bothers me. I’m not implying, in any way, that it is the responsibility of other women to prevent sexual violence, just that the moment calls for something that men obviously aren’t going to do without serious cultural shifts and that’s coming from other women victims.

I should go look it up, but IIRC there were other women lined up to testify regarding Clarence Thomas’ behavior. Joe Biden refused to let them speak.

EDA: Found an editorial from David Brock, one of the point men in the Republican attacks on Anita hill. He mentions Joe Biden’s role in passing. 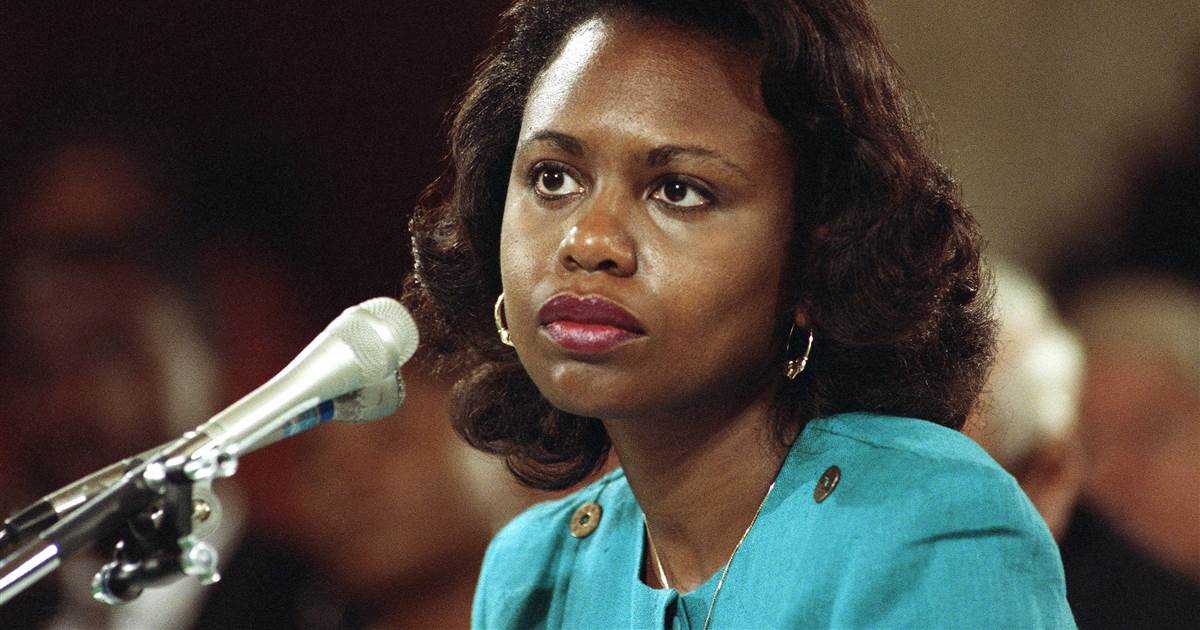 I wrongly helped orchestrate the character assassination of Clarence Thomas' accusers. This is how it all worked.

Ugh. As my wife says, the women have been doing this long enough. Now it’s up to the men to course-correct. Unfortunately, I think it’s going to be a generational thing. Training young boys in affirmative consent and empathy while publicly demonstrating intolerance for this behavior. It’s critical we get this right.

There’s never only one. Never.

There’s never only one. Never.

That’s usually true but we also shouldn’t take it as gospel because that argument can also be used to discredit any woman who stands alone against her assaulter.

JHC, the absurdity of it all