The Government agency agrees not to use the data as evidence in any judicial or administrative proceedings unless there is no other available and admissible probative evidence.

Wouldn’t that imply no probable cause?

“We promise not to use illegally gained evidence in court. Except when we don’t have any reason to legally charge you in the first place.”

AT&T has a long history of illegal spying

Mazel tov to them for that and making big money as well!!!

as long as they don’t see me nude

Telecommunications Corp and police agency, together at last!

Both are accustomed to breaking the law routinely and facing little to no consequence, even when the rights of citizens are brazenly violated.

It’s hard to imagine them changing this profitable pattern of behavior seeing as there is exactly zero motivation to abide by the law and respect human/civil rights. 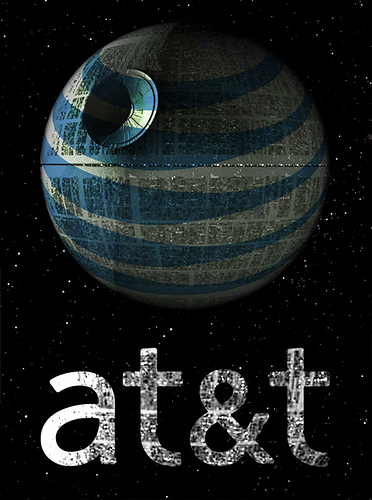 So what can us little people do, given that many people have no choice but to use AT&T? Encrypt the hell out of everything? Somehow switch to more community-run telecom networks?

Can we please execute AT&T and Wells Fargo?

Killing those somebody doesn’t like could go both ways.

This is why defunding things like NSA mass surveillance is a joke. We learned the NSA was doing some pretty bad things so we took away their funding to do it and then we pretended that was the end of that.
Until we pass laws criminalizing this sort of Stasi style policing, it will continue. Defunding is not enough.

When is the Revolution starting? Tired of corporations doing whatever the hell they want and getting away with it. Tired of the people we elect doing jack shit to protect the citizens of the country.

I’m talking about destroying corporations that horrendously break laws. Capital punishment if you will for a legal fiction. Not actually killing any humans.

Not killing humans but fucking up humans livelihoods. Still goes both ways.