That is truly a horror. I mean ketchup of all toppings. shudder.

may as well get it over with now as we all know where this thread will go.

That is truly a horror. I mean ketchup of all toppings. shudder.

Unlike the traditional American sauce for a snag - maple syrup?

bought at a polling booth sausage sizzle on election day

Laws are like sausages. It is better not to see them being made.

This is how we do street vendor sausage.

@TobinL, had to look through a lot of pictures before I found one without mustard.

Voting is mandatory in Australia

Anyone knows what happens to a person if they don’t?

$20 penalty (or a day in jail of you don’t pay, which a couple of grand standers seem to do each election).

There’s no excuse not to though, it’s so easy to vote early (early voting booths open up in the week or two before the election, and you can get a postal vote mailed out a month in advance). Also, elections are always on a weekend.

This was Australia, so that almost certainly wasn’t ketchup, because . . . Australia. American ketchup does exist there, but usually it is proper Tomato sauce on the snags.

Thanks for the info!

Lived there for 8 years, had one work/drinking/flat-mate didn’t ever vote, General, State or Local elections. A few days to a week after local elections, he would get a letter from the Ward Officer, with a fine slip, he would walk by the post office and pay over his twenty dollars, without a fuss. Can’t remember what happened at the National and Local ones, guess it was the same deal.
The stupid thing was, you didn’t actually have to vote, you just had to turn up, get the voting papers in your hand and have them check off your name. What you did in the booth was no ones business, and I seem to recall that Aussie has a lot more “spoilt” votes then average. People write “You’re not the boss of ME, Parliament !!!”, I expect.

Why the “sic” in the headline?

Give me democracy sausage and side order of freedom fries! Got any liberty cabbage?

“Deomocracy Sausage” being two words, rather than one.
And the sausage was the one that was sat in the back of a ute in western QLD too long, so it’s not surprising it made someone sic.

You get a note in the mail with a request to pay the fine. On the note is a list of pre-written excuses that they will accept, so you have the option of simply ticking one of those excuses and sending it back, or paying the fine.

On second thought, I’d rather have a protest pizza. 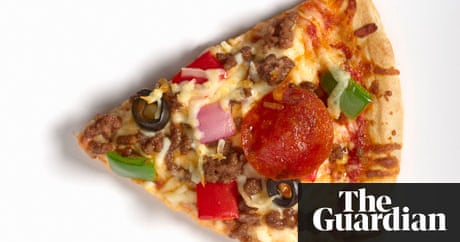 Pizza – the latest weapon of protest

You get a fat orange billionaire as your leader?