“She’s lying!” is all cheesy has. Hutchinson sounded pretty truthful to me. Cheney didn’t ask any questions she did not have the answer to already, with corroboration. So “She’s lying” as a response is just as weak as it sounds.

i have confidence that they’ll manage to quickly recalibrate and reboot their crap spewing firehose “just asking a question…” tirades against anyone remotely defending a democratic process or reality. They really ought not to be referred to as anything “news” as they’re just a murdoch pure propaganda show with sponsored corporate support.

I don’t watch enough Fox News to know who Store Brand Anderson Cooper on the right is, but I laughed out loud at the way he immediately pushes the obligation to respond on to the other host.

Same here. Of course Mr. Mediocre Whitebread Middle-aged Guy attempts to deflect blame for the awkward pause to a woman.

Coincedentally, the Jan 6 committee would also like to hear a response from Jim Jordan. In person, under oath. Invitations have been proffered.

Grabbing the steering wheel, shouting “I’m the effing president!”, throwing plates of food at the wall. . . .

Sounds about right for a guy who rage tweets at 2am, complains about how unfairly he is treated, and constantly has to throw “the BEST people” under the bus when it turns out they suck.

To Canadians of a certain age, Fox’s John Roberts is known as JD Roberts, VJ for Toronto Rocks back in the day. 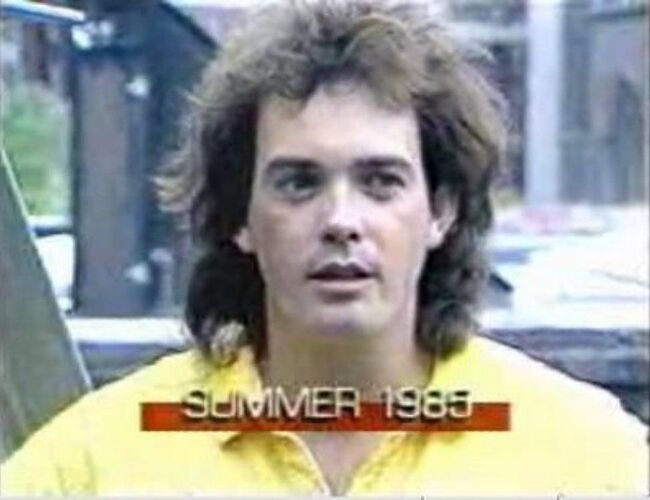 Perhaps that awkward silence was Fox “News” hosts offering up thoughts and prayers, on behalf of all those negatively affected in The Greed Community, The Grift Community, etc.

Perhaps the show producers in air-control were unable to feed them their next talking point. It’s not like the hosts were hired for shrewd thinking on their feet.

Who knows? Even if those hosts had been able to comment about all the super obvious criming carried out by the Jan6 coup-attempters (inside and outside the White House), they are doubtless contemplating their future work hours being spent pivoting. Pivoting hard.

WOW, I didn’t know that was the same guy. New Music on CityTV was one of the ways to discover new bands back in the day . Going from Znaimer to Murdoch seems like a huge leap.

This was strong and important testimony, but to think that it’s going to change the opinions of folks who’ve shown an absolute willingness to ignore anyone who challenges their worldview (especially if they are not a cis white guy) is well… being less honest to yourself than the hosts are to the truth.

Interesting! I am Canadian but not of the correct age to recognize him (and also not from Toronto).

"So I hand this sh!t covered baton back to either of you…

One could even suspect that allegations of grabbing the wheel, beating up agents, and throwing things in violent outbursts cements their idolization rather than refutes it.

Absolutely. Best PR Trump could have.

The qnuts were delighted last night. And I’m beginning to see that it only takes one qnut to spoil a bunch of nuts (moderate Rs).

I have to admit, the random qnut “news” bots are incredibly fast and highly effective.

When was the last time a Republican Member of Congress asked an actual question in hearings? Best I can tell for at least the last 20 years they’ve used their time to make speeches and obstruct, usually both.

It won’t bring about the collapse, not yet, but it does chip away. Another blow that weakens it. Little by little. And yeah, it’s exhausting, but hang in there.

I think we got here by not doing this enough. These are insecure people who we have been too quick to forgive at times, too tolerant at others, and too reluctant to shame.

Conservatives are sensitive to shame and hate it. They hate us for being better than them, they hate us for showing them up. And sure, the hard 20% won’t budge, but the waffling ones ought to at least stay at home because even if they can’t bring themselves to vote for the other team, they shouldn’t have the heart any more to pull the lever for the scumbags.