Backing Trump into a corner, the Special Master believes documents marked classified by the government probably are

Originally published at: Backing Trump into a corner, the Special Master believes documents marked classified by the government probably are | Boing Boing

Trump has been very vocal about declassifying the documents but his legal team refuses to put it in writing.

Much like his lawyers for the election fraud claims never actually presented those claims to the courts. Something about wanting to keep their license to practice law.

The big takeaway is the Special Master demolished any pretension that “Trump declassified the documents before he left office” nonsense. He also declared Trump’s legal team unfit to receive anything designated classified by the DOJ 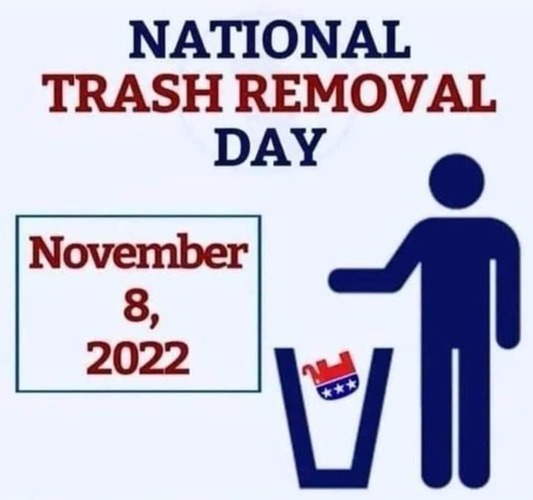 (I was hoping to find a clever gif for this, but I instantly regretted the image search.)

These fascists really have to start asking the judges whether they still believe in an independent judiciary before they ask for them.

The next step is for his lawyers to say “we had documentary proof they were declassified, but the dog ate it.”

Either he claims to have potentially illegally and improperly declassified information, or he stole the documents. Which is it?

There’s always option 3: Go back to making baseless claims that the FBI planted the documents there. Though I don’t imagine that strategy would be likely to work out well in court either.

I have to assume all of Trump’s lawyers demand payment up front and in cash before setting aside their pressing work of litigating car loan claims.

Is that a trump and Kevin from home alone AI mashup? Great work with the pics lately, they are fascinating!

Uhhh, ok back on topic…
I’m sure there are many ways for an outgoing president to hold onto info to bury or use for bribes or sell or whatever that are perfectly “legal”. But this guy just smashes through everything and does whatever the f he wants all day long every day. It’s redicilous and fascinating that he can sustain it for this long. It’s like he feeds off of dishonesty and destruction.

I want to get excited about the possibility of that asshole actually facing consequences, but this gag really captures how that usually goes, so I’m trying not to for now.

From the podium: “The election was stolen! We caught them! The evidence is overwhelming! We have witnesses and documentation and video! It’s the biggest fraud in the history of our country!”

In court:
Judge: “Are you alleging fraud?”
Lawyers: “Not at this time. What we need you to do is stop the process so that we can go get the evidence of fraud we’re sure is out there.”
Judge: “That’s not how this works. Go away.”

From the podium: “A bunch of crooked, cowardly judges refused to even look at the mountains of evidence we had! It’s the crime of the century! If we don’t fight, we’re going to lose our country!”

From the podium recently: “The FBI planted evidence, they broke in and ransacked my home, those documents are all personal files, the secret documents were packed by others, the secret documents were declassified. Everything is fine, but nobody anywhere should look at those documents or use them as part of an investigation before a special master looks through everything cuz this is all personal, private stuff, not government stuff.”

Special Master: “Now, about those clearly labeled classified, secret and top secret government documents you supposedly declassified…”
Lawyers: “Now’s not the time to talk about that.”

I’m still kinda expecting Judge Cannon to just say, “Never mind what the Special Master said; I’m declaring all the documents belong to Trump, the FBI is no longer allowed to investigate him, Trump is still president, all must bow before me, I’ll take my bribe money now, Don.”

some spoilers are not meant to be clicked on

No matter what she does it will be appealed

The whole thing is a gigantic delaying tactic

The whole thing is a gigantic delaying tactic

Bingo. And Dearie isn’t playing along.

I’m loving the fact that Trump and his people thought this guy would be a stooge and go along with their nonsense, and he very much isn’t. They’re screwed and they can’t complain because they literally asked for this.

The idea of “secret declassifications” is an oxymoron, nonsense to which no one should be giving even a moment of serious consideration. Trump’s own legal team previously argued that even Trump declaring, in public, that something was declassified didn’t do it - they argued that the given process had to be followed. Which obviously hasn’t happened here. Trump and his people can’t actually make any arguments, all they can hope to do is obfuscate and delay in the hopes that someone like the judge in this case will do everything in their power to make it go away. But it appears they’ve run out of flunkies.

There’s always option 3: Go back to making baseless claims that the FBI planted the documents there.

Given that he’s now, in court, asked for “his” documents back, I don’t think that’s going to go over very well… he’s gotten so used to his followers not blinking an eye when he blatantly contradicts himself, he maybe doesn’t realize that won’t work on anyone else, though.