Trump wants "my" documents back

Originally published at: Trump wants "my" documents back | Boing Boing 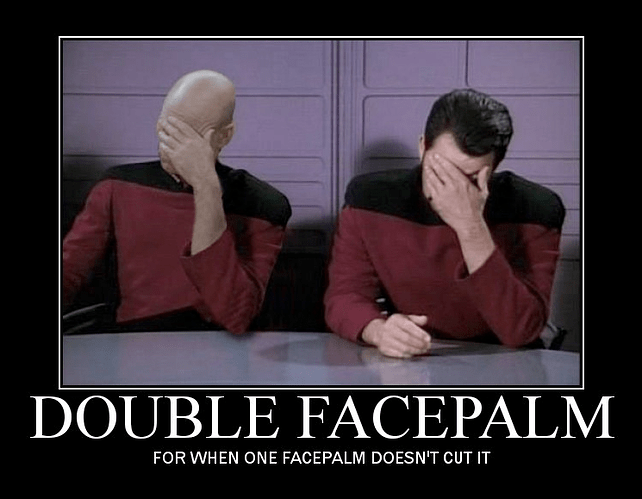 THEN: “There was nothing incriminating at Mar-a-Lago and if the FBI say they found something then it’s because they planted it there!”

NOW: “I demand the FBI return my incriminating documents!”

Picured: Donald Trump and his lawyers

“He thinks he’s a temporarily usurped king and, notwithstanding last month’s raid, no power has truly made clear that this isn’t the case.”

There is no power that can make it clear, as long as roughly half the governmental structures and 30% of the people support him.

Being banged up probably wouldn’t do it. Apparently it’s legal to run for President from prison anyway.

We’re well past double. I think we need that facepalm made of facepalms. 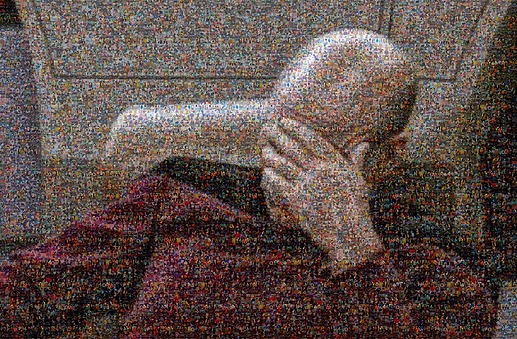 Although I think he had those documents in the first place to sell or give away to foreign entities — in an effort to get more $$$$ or just make them think he is “cool” — I have to believe Trump liked having that shit around because just having stuff that was “top secret” makes the guy feel powerful even though he’s no longer the POTUS.

From what has been said about his reading habits of documents, he probably doesn’t even understand what most of the shit means in the documents in the first place. Just “I was the president and these are keepsakes.” I bet when all is said and done we will find out guy was showing these off to random visitors of his resort just to brag that he had them.

This is more of Trump not wanting to follow clearly established laws governing elected officials, which is pretty much his MO since the beginning. This lawsuit just follows his pattern of throwing metric tons of shit at the wall and seeing what sticks.

If this were a slightly better movie, they’d pretend to acquiesce and give him back false intel mocked up to look like the originals, then get him for sharing

I know you were being hypothetical, but that does make we wonder: does 45 actually know what he had? Either there was some inventory taken of the docs – which may have been purpose-printed for him – or he’s operating from the warrant and his own staff’s notes of what was on hand.

It begs the culpability question – if now he’s puffing out his chest and demanding all the docs back, presumably there’s a master list of what was on-site in the first place… meaning folks would have known they were secret/top secret/super duper secret in the first place.

“Gimme back the jewels I stole. I have a list,” in essence.

I’m torn on this picture. Huey was acting, and I don’t think Trump is. But, he slaps a woman on the butt on the way off the set, which tracks.

If he claims they are his by extension of them being government documents, and him being the former president… I guess they’re mine too because my taxes helped produce them. Hand them over!

EDIT: Ironic that there might actually be a few people on this very BBS with more clearance to see that kind of stuff that he has. Just not a need-to-know, which is a good thing. And if you are or have been in that world, you know damn well that stuff is not “yours” and you don’t take it home!

does 45 actually know what he had?

I would suspect only in the very broadest of terms. I don’t think he’s much of a reader, so my guess is anything he knows about them was told to him via bullet points and pictures by some of his lackeys. If they were even organized enough to do an inventory in the first place.
I don’t discount their power, but my impression of T and anyone who would associate with him as a “helper” is one of constantly jostling for position and just assuming all the drudge work will be done by someone lower down the ladder.

“Gimme back the jewels I stole. I have a list,” in essence.

Ha! Exactly. Or Don JR. asking for his confiscated cocaine back.

Not if you’re convicted of espionage, sedition, or willfully mishandling classified information. Those kind of offenses disqualify you from holding federal office.

anything he knows about [the docs] was told to him via bullet points and pictures by some of his lackeys.

Oh, no doubt. And considering the nature of the docs, having Mar A Lago’s summer intern/dishwasher Snap photos of documents and put them into short PowerPoints is even more damning, if that were the case.

But I’m probably overthinking. “Gimme all the secret docs back, I am pres’dent!” without any kind of catalogue would also be TFG’s style. He doesn’t care about the toys, except for the possession and potential financial gain.

I have to think that the classified stuff is numbered and logged with at least the amount of care that’s taken when I check a book out from the library, so they should have a pretty good idea of what he has (or had).

But who do you mean by, “they?”
@mclemens was asking specifically about T and the gang.

My impression as well. Which means he endangered national security for nothing more than an ego trip.

I saw a comment yesterday that sums up Trump’s approach to state secrets pretty well: “Guaranteed that Kid Rock has seen those nuclear codes.”