Trump wants "my" documents back

If you don’t think he’s had his staff making multiple copies of everything involved in the months that he has had them, I have a trump casino in Atlantic City I would like to sell you. 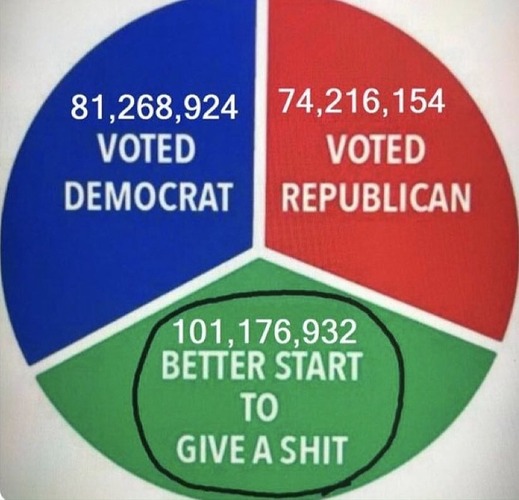 I doubt it. What you posit implies planning and forward thinking, neither of which are his strong suits.

I love it. He is such a dumb fucking narcissistic bastard. who can’t fathom that what he did was wrong.

Anyone else who got caught in the cookie jar would at the minimum, gone quiet, try to sell it to the government as a paper work snafu, and let the lawyers handle it. Instead the dumb fuck doubles down that they are “his”.

I think it’s puzzling that the govt seems to have had little idea of what was actually down there. Why don’t they know specifically what documents have been checked out and not returned?

He has always had trouble distinguishing between what he owns and what he controls. That is at the root of this and many of his attempts to grift using his authority as president, and indeed, before that as CEO.

And what he wants.

Thinking of “the government” in these terms is usually the beginning of a bad faith argument, or shows that the speaker has little experience working in government.
What makes you say the people at the National Archives (part of ‘the government’) aren’t fully aware of what T had?
What would make you think the field personnel of the FBI carrying out the raid should know specifically which documents T had? Or that higher ups there overseeing the raid didn’t know?
Did the career FDA (also part of ‘the government’) workers know what was there? Very unlikely.
I don’t understand what your point is, and using vague terms doesn’t clarify.

Trump under investigation for violating the US Espionage Act, obstruction of justice, and destroying federal government records boing

If it were you or I*, we’d be in trouble for leaving a classified document on the printer, or sitting on a desk – i.e., a printer or desk at work. There’d probably also be the question of why we felt the need to print it out in the first place (though that could depend on the document, and what it’s for). *But then, “binds not protects” vs. “protects not binds” etc.

EDIT: Not even “classified” - sensitive/controlled docs would suffice.

He can’t read, but, he understands pictures. I wonder if they were ‘pop-up’ type documents?

The former president’s office claimed recently that Trump had issued a so-called “standing order” to automatically declassify any materials taken from the West Wing in order to facilitate a flexible work schedule for the then-president.

Cartoons in the morning, and golf in the afternoon.

You skipped right over the all-important toilet-tweeting session. Or, I guess that’s toilet-truthing now.

Why don’t they know specifically what documents have been checked out and not returned?

Classified documents are not kept like library books on a shelf somewhere. Classified documents are kept electronically, and are nowadays distributed on secured tablets and other secured computers. Anything classified beyond a certain level (well below “Secret”) are not supposed to exist in physical printout form in the first place, and the highest level we know is involved isn’t even supposed to leave specially secured, Tempest and EM shielded rooms (SCIF) in any form. The devices in question have their USB ports glued shut with plugs, wifi physically disabled, and have enough security on them that they can resist most direct connection hacks, so someone had to really try in order to get these printouts. Possession of these classified documents is not just illegal, but creating the paper version was as well, as was taking it, keeping it, lying about it, and so on.

and him being the former president… I

I think his argument is more that he is the President.

And if you are or have been in that world, you know damn well that stuff is not “yours” and you don’t take it home!

I had a TS:SCI (“Top Secret: Sensitive Compartmented Information”) clearance decades ago. It was emphasized to us nearly weekly that the documents we were handling were not to be removed from our work area except under very specific conditions, let alone from the secure facility. Being discovered taking such documents home would be a very quick trip to a small room without windows, which really already described our working conditions, excepting you don’t get to leave at the end of an 8 to 12 hour shift.

In those days the documents were actually in hard copy format and the first thing we did upon receipt was to check the classification level and stamp every single page in multiple locations accordingly before any additional processing. Outside media (e.g., cassette tapes) brought into the facility were not allowed to leave once they passed the secured door, so if you brought in a tape to listen to over our sound system, you just donated it. These materials were treated with the same regard as the highest level of traffic processed at a given facility, so TS:SCI in most cases.

Well the vague slurs in the previous replies were entertaining but thank you for the actual information!

Not if you’re convicted of espionage, sedition, or willfully mishandling classified information. Those kind of offenses disqualify you from holding federal office.

I wish this was a certainty, but there is debate among legal scholars about this. One side argues that the Article 2 requirements are exclusive and nothing other than an amendment can add to or remove from them. The other side argues that the Article 2 requirements are only inclusive, and that laws can be passed that add more restrictions, but no laws can be past that remove them.

We have never reached a point where this has been tested in court, so we can’t say for certain what the result would be. The fact that Section 3 of the 14th amendment was seen as needed after the Civil War to exclude people involved in “insurrection or rebellion” from holding federal office including the Presidency is used by some to argue that there is precedent for the exclusive side of the argument.

I would very much prefer that the Espionage Act was sufficient to exclude Trump, but what I want might not be what it true given the current Supreme Court.

How have you never heard of photocopiers?