Trump may have more classified documents in his possession, say prosecutors

Originally published at: Trump may have more classified documents in his possession, say prosecutors | Boing Boing

I’m interested in those dozens of empty “classified” folders. There government doesn’t just buy those off the shelf.

Especially with how poor they are at flushing? Have you seen these things, the low-flow toilets? (Old callback to 2019 that suddenly seems relevant? Trump's toilet claim: Americans need to flush '10 times, 15 times' | CNN Politics) 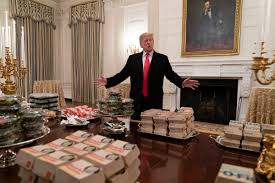 They are long gone by now.

Sitting in the trophy rooms of Putin, Lil Kim, and other dictators around the world.

My bleary eyes initially couldn’t resolve whether that was “shittiest” or “shiftiest.”

Getting something good enough for a warrant is obviously a different matter; but does it strike anyone as remotely plausible that the only classified documents floating around just happened to be the ones within the one search warrant that was executed and came up with a rather alarming supply?

The latest excuse coming from the Trump camp is that he needed to hold onto these classified docs because he was afraid Biden might destroy them. It’s not just “two wrongs make a right” it’s “one wrong makes a right, just in case there’s another wrong”-- pre-emptively correcting an imaginary crime.

U.S. prosecutors suggest that Donald Trump may have more classified documents in his possession,

And in related news, water may be wet and the sun may rise tomorrow.

weellll… more classified documents which have already been auctioned out the door. no longer exactly in “his possession” (but likely kept copies). Once again the worthy and prescient Tom the Dancing Bug trump 'fire’sale comic. no greater traitor trump 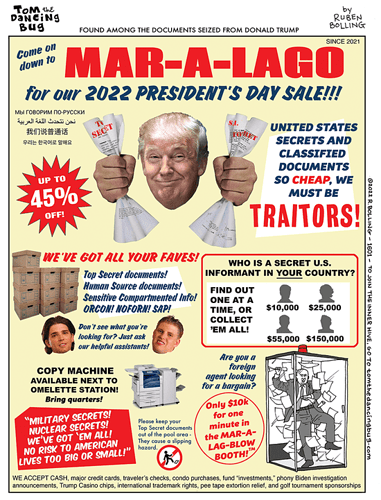 What a never ending shitshow…

Isn’t this toilet still missing? Wouldn’t be surprised if it showed up at MAL. Just when did he visit the UK? 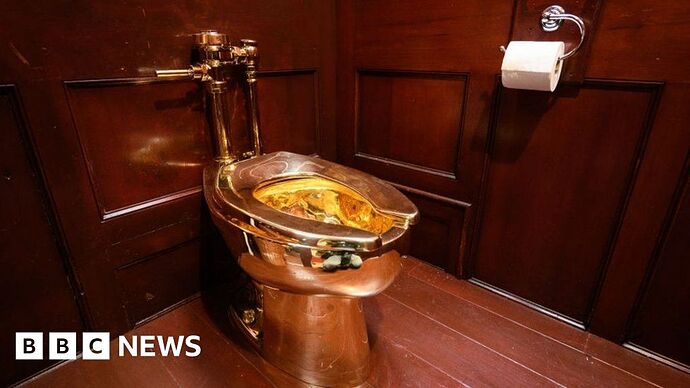 No sign of £4.8m golden toilet stolen from Blenheim Palace, two years on

“A gang broke into the 18th Century stately home and caused “significant damage and flooding” because the toilet was plumbed into the building.“

This highlights still more flawa in our processes for keeping these documents safe.

These processes, like so many others, weren’t designed with a self-centered, norm-eschewing scofflaw in mind.

Yet more evidence it was Trump? Professionals would already know that he wouldn’t pay them.

problematically, who enforces those rules? his cabinet could have gotten rid of him at any time, and yet they all liked what he was doing and so they didn’t