ok, c-could everyone just…take a quick look around for any classified documents right now, so we don’t have to keep doing these headlines? Check your garages, couch cushions, WFH closet-desk setups, bathroom book-rack. It doesn’t matter if YOU don’t have clearance, some geriatric politician might’ve left them in there when they were door-to-dooring and stopped to use your commode. Let’s just get this all over with. Spring cleaning! we got this guys.

LOL, Like anyone would trust Pence with classified information.

Secret
Pence: How many party balloons and napkins do we need for Mother’s birthday?
Joint Chiefs of Staff: How did you get this email address? Please address these questions to your chief of staff
Secret

Of course this is just the media’s way of saying “everyone does it!” They’re bothsidering the hell out of classified documents just to exonerate Trumpy. They miss screaming about the train wreck and breathlessly reporting on his every utterance.

This just in: statisticians estimate that over 68% of Americans have at least one classified document rated Top Secret or above somewhere in their homes.

Not me though. I live in New York City, where the apartments are so small that we just don’t have the space for anything much larger than a classified Post-It note.

Right about now a lot of Habitat For Humanity homeowners are checking their attics. Just in case.

OH SHIT I have some classified documents…

I’m not excusing any of it, security classifications exist for a reason, but it shouldn’t surprise anyone that people whose work involves classified materials have cut corners with those materials. I’d wager the past 10 presidents, vps, and congressional leadership all have the same issue because people cut corners.

Somewhere in Mar-a-Lago an orange man is beating his tiny fists against a desk screaming “I left explicit instructions that Pence should never be given access to any documents of any kind!”

The simplest and most correct narrative, now, is this one: NARA, per its regulations, offers round-the-clock expert consulting and even round-the-clock manual labor to assist outgoing American presidents with handling and (as appropriate) retaining or surrendering sensitive and classified documents, while vice presidents are offered no assistance at all. This ensures that vice presidents will accidentally end up with documents they should not, even as it gives former presidents the best opportunity imaginable to get things right. 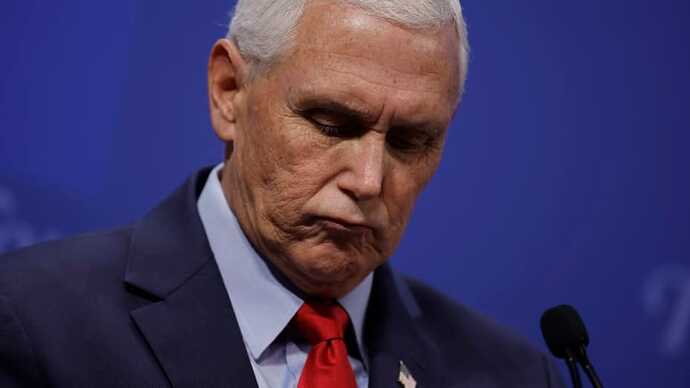 The only difference I see here is that T did his usual “I’m not guilty” tantrum and made a giant stink about it, rather than doing the right thing like any sane politician would. Which of course bit him in the ass, as it does every time. He never learns.

Most people: “Holy fuck, what the hell is going on? Is everyone in government this lazy about securing classified documents?”

Me: "Oh, you have NO fucking idea, kiddies. Literally every damned day there’s an incident, or multiple incidents, involving classified information. Part of the problem is so much damned stuff is classified these days, even really dumb shit. But yes, the rest of it is people are lazy, forgetful, and prone to making mistakes.

Pence, like Biden, did absolutely the right thing. And both should be given their scolding and everyone will move on. Trump, though. That fucker deserves jail for the shitty games he tried to play with the most highly classified national secrets.

That makes a lot of sense (at least in terms of how we got here if not in terms of why those bad policies were put in place).

Imagine what kinds of documents must be laying around the Cheney residence.

Yes and no. I get it that these documents are going to be moved around as people work with them, but what I find appalling is that our Federal Government seems less skilled at keeping track of said documents then our local library.

I was over at George BWW’s house and while we were playing with his toy monster trucks he showed me his classified crayola drawings showing where the WMDs were. Spoiler, we have them. We’ve always had them.

It’s a matter of volume. Take the New York Public Library. They have roughly 47 million documents. The United States generates that many classified documents each and every year.

but what I find appalling is that our Federal Government seems less skilled at keeping track of said documents then our local library.

Again, not excusing them, but Trump wasn’t enitrely incorrect that he can have things declassified by order, and the office that deals with these things, is severely backlogged on reassigning those classifications. So while the documents at Pence’s, Biden’s, and Trump’s place (as well as the ones probably at Obama, Clinton,W’ Bush’s, Reagan’s, and Carter’s places) may be marked with Classified, but some of them may not be any be, and some of the documents that aren’t marked classified may now be.

The National Archives believes Dick Cheney also has classified documents, but everyone is too afraid to go into his crypt to find out.

Maybe we should properly fund NARA then, so they can effectively do their jobs… 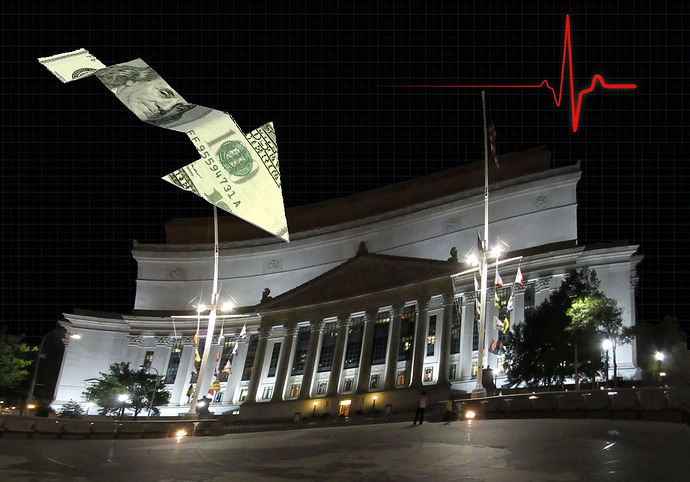 The National Archives and Records Administration’s (NARA) budget has remained stagnant in real dollars for nearly thirty years. At roughly $320 million dollars when adjusted for inflation, its budget represents 0.0076% of the federal budget — this...