@patrace - do we have a ruling on Billikin loans?

If said transfer is kosher, I have an ingenious wax-derived adhesive-solvent we can use - an old family recipe. For wholesale purchases enquire within.

The Not Worthy has reconfigured hisself again: 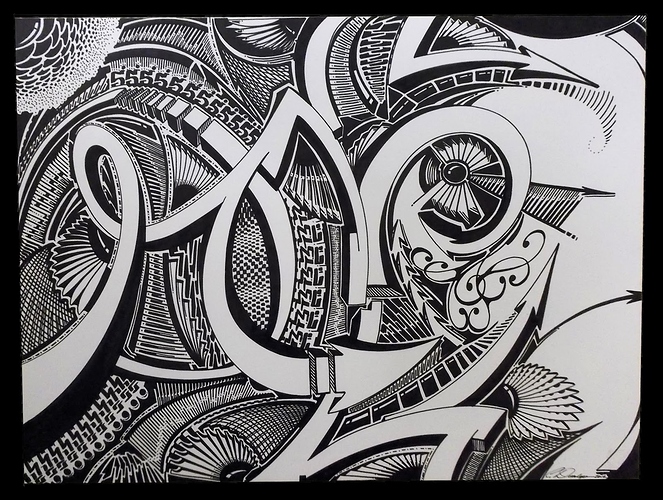 The way I see it, you’re guaranteed to get hit by 4 asteroids (physics, schmysics), and SH/EN can reduce that damage from 28 to 12, but can’t stop it happening. Seperately, each asteroid collision has a 5% - 10% chance of causing an explosion, so depending on luck (and solely on luck) there’s an 18.5% - 34.3% chance of failing the mission.

As long as you have 69 HP or more, you can’t die, but you might fail the mission, and EN can’t help. 10% return on an ~25% chance of losing the whole loan doesn’t seem like a prudent investment.

An additional issue is that the money you’re after is in Natasha’s account (or might be - I am unsure if it’s been transferred to Van Rijn). I am not convinced that anyone will be in charge of the bank for this round. I, assuredly, am not.

While previous performance does not guarantee future results, previous asteroid missions have shown damage from <4 asteroids on a 4 asteroid mission, thereby proving that misses are entirely possible and not irregular.

There are no guarantees in space.

Looks sadly at pitiful state of EN and SH on Moral Flexibility.

I would gladly give you 4SH for a Billiken, however they are spelt.

Don’t forget the potential 40 HP of damage from exploding crystals (each). If I’m doing the guessing correctly, that makes guaranteed survivability over 200 HP.

[Aboard the S.O.L. Jr., Captain Mrs. Richard Basehart emerges from her reboot]

CMRB: (stretching) Uuuuuuh, I feel so gritty.
Joel: Oh, good, you’re back! How many fingers am I holding up?
CMRB: Two and a thumb.
Joel: Cool. Do you know where you are?
CMRB: On the Satellite of Love, silly.
Joel: Well, uh, yeah, the S.O.L. Jr., remember?
CMRB: Junior? I dunno about that, Mike.
Joel: Uh, Cap, I’m Joel. Mike’s the supervisor down in receiving bay.
CMRB: But I sent you home five years ago, Joel! In the escape pod that was hidden in a crate marked “hamdingers”!
Joel: Yeah, but…
CMRB: And why are you calling me “Cap”? My name is Gypsy!
Joel: …are you telling me you don’t remember anything about crash-landing the original S.O.L., or how you formed ConGypsCo?
CMRB: I don’t understand what you’re talking about, Joel. And shouldn’t you or Mike be getting ready for the movie sign and this week’s experiment from Pearl?
Joel: …
CMRB: Or is Dr. Forrester back? I’m getting kind of confused.
Joel: Uhhhhhh…
CMRB: Oooo, what’s on that paper you’re holding? “Mission choices”, huh? Is this for me?
Joel: …
CMRB: Look, Nilah’s on here! Did you know we’re related? She and I were best buddies in school. I’d been wondering what happened to her, now look! Here she is! It’ll be nice to see her again, won’t it?
Joel: Um, I gotta go talk to the IT guys, so stay here until I get back, OK? (runs out the door)
CMRB: OK! (looks at the paper again) Guess I’d better answer this letter before he gets back.

Dear Nilah:
I hope you haven’t forgotten your cousin! Remember when we used to be such good friends, playing for hours together while our clutch-sister moms were busy doing whatever it was they did? I don’t know if you’ll recognize me when you see me, since I’ve had some work done (and lots of parts added) since we last saw each other. But I’m looking forward to catching up after this “mission” is done! How did you know I like playing video games? This is gonna be fun!
With lots of Love,
your cousin,
Gypsy 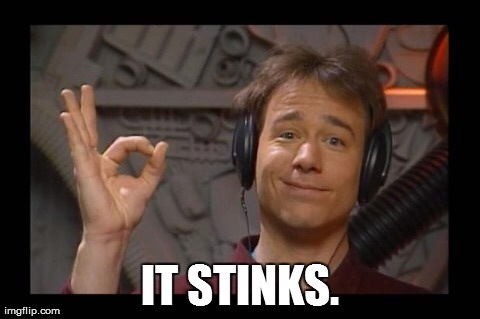 I asked for calrification from our DM and the ruling is that you can only suffer 1x40dmg from exploding crystals, it is all one load and once they explode they are spent.

My billiken seems to have some… interesting effects. “Luck” indeed. 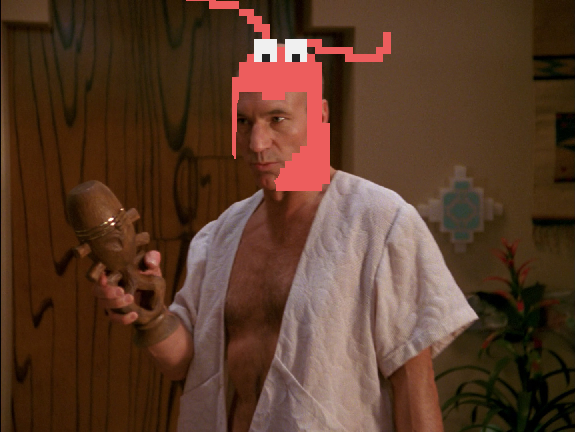 [The Didn’t See That Coming limps back into port - engines laboring, the zero-point keel ruptured. Late to the mission briefing, Lazlo scrambles across the catwalk to Duck’s Pond. As he reaches the venerable watering hole, he begins to vocalize but stops as he notices the tiny black flags in every drink and instead does a quick headcount.]

“Falkayn. That rascal didn’t make it back.”

[Lazlo pauses, carapace darkening to a somber and melancholy hue, before approaching the bar and asking Duck for a little something appropriate to the remembrance of a fallen captain.] 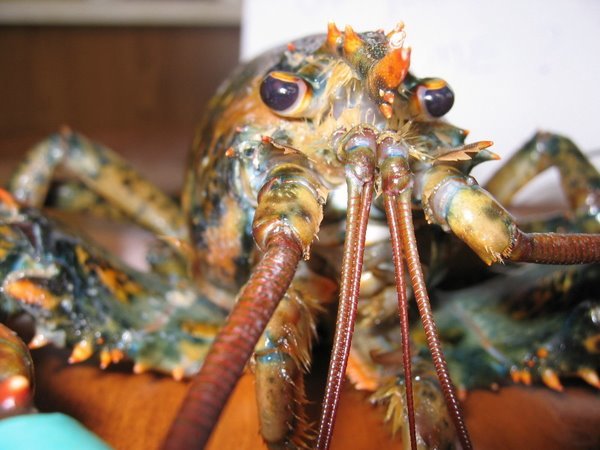 “He was one of the best. Taught more than one spacer about the ins and outs of how it works out here in Charybdis, myself included. That wit, that daring, that spirit. Every spacer has a code, and he wore his on his hull. Called his shots, and took 'em. That long haul shoulda come out right in the wash. Tides only know how that pirate detected his signature and moved to engage in time, let alone land a shot in just the right place to bust the Muddlin’ Through wide open. Strange how that works out.”

[Aiming one eyestalk in Nilah’s direction, Lazlo pauses for a moment and continues]

“The galaxy ain’t right sometimes, but we’re stuck inside it just the same. Here’s to Star Trader David Falkayn - the finest Human I done had a chance to meet in all the void. May the tides carry him home.”

[For the sake of a fallen captain, Lazlo procures a tiny black flag and places it in his drink. He gestures with his glass toward the battle-scarred pilots gathered at Duck’s, in the direction of the last known coordinates of the Muddlin’ Through, and finally thumps the bottom of the glass on the surface of the hovertable before downing it in one go.] 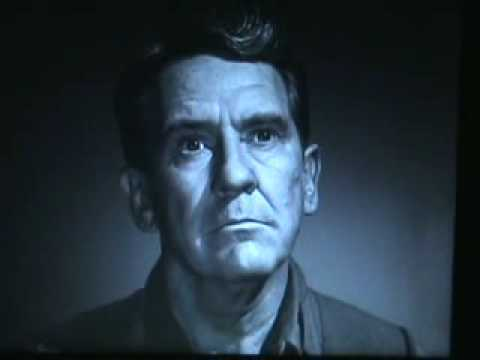 Aye, they keep up with the tributes and putting his name on the bank.

Why not cut to the chase and put his ass on the money already? 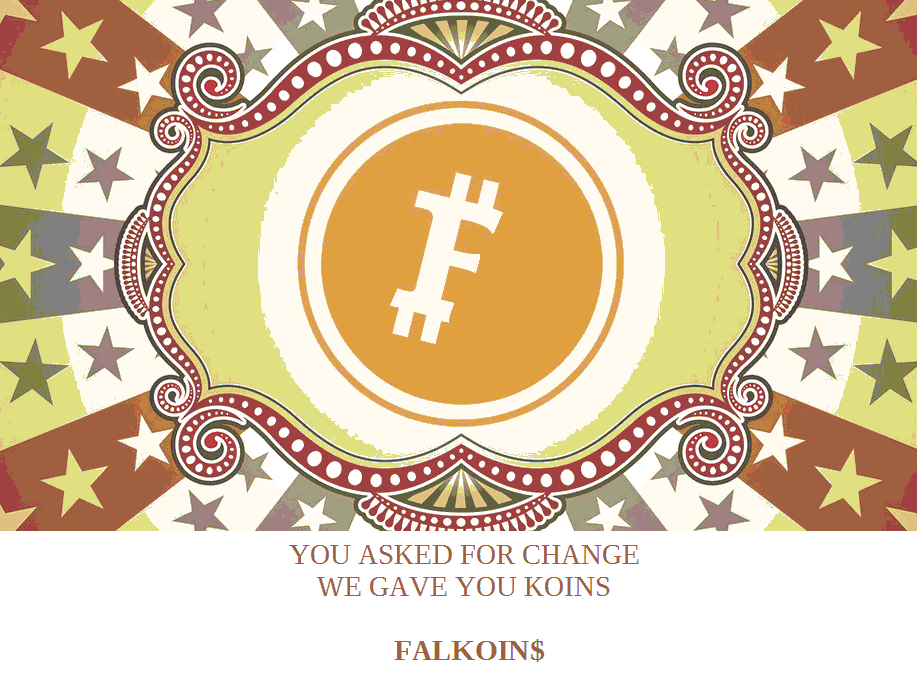 No risk, no reward!

Alright, let’s make some choices with what I’ve got since I’ve heard nothing from the bank and I’ve got to tuck in the crew. They get sour when they don’t know what we’re doing. 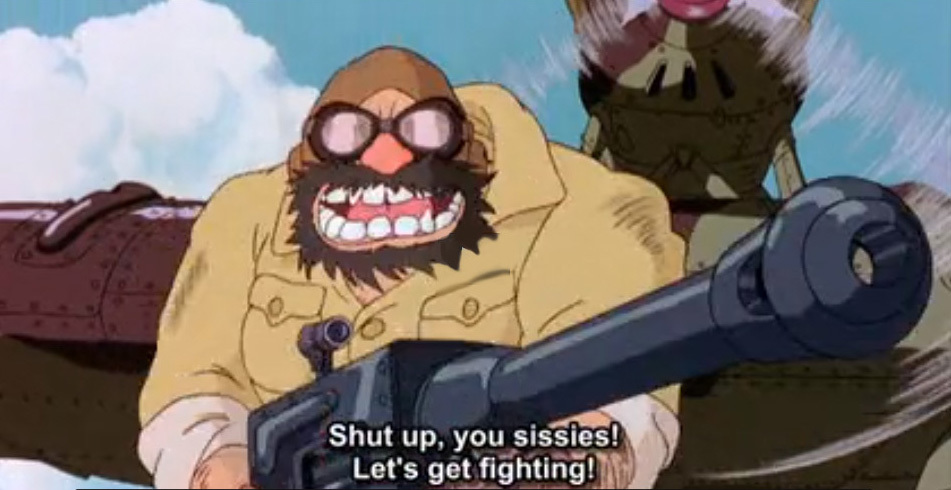 please tell me those are dentures

Check with my friend Miyazaki, he’s my dentist.

LK, GRIT and HP may not be redistributed. None of these things can be willed.