In olden times this is how that rivalry played out.

The Dark Knight Returns is the only Batman v. Superman I need: 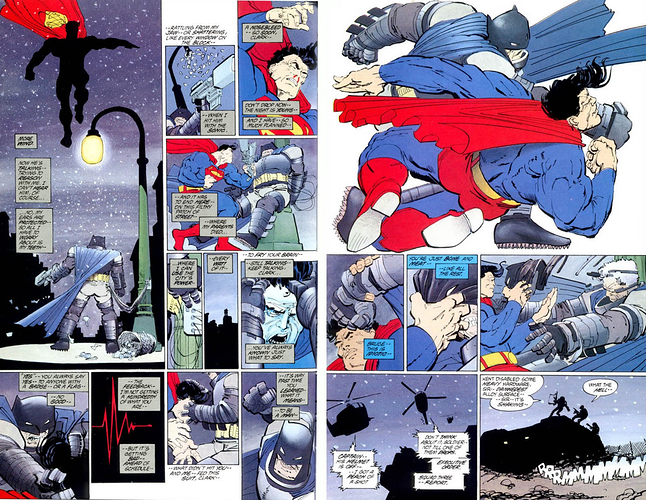 I truly and honestly love how they used animation for the shots of Superman flying, and then cut to live action when he lands. It’s a brilliant fix, and works sooooo much better than a terribly composited blue screen shot of the actor lying on his stomach.

I love that effect here too! I was thinking while watching that it we must totally misunderstand the factors that allow us to suspend disbelief. To me, those transitions were so well chosen, and worked within their own limitations so deftly, that they felt fluid, where a multimillion-dollar effect rendered down to the tiniest speck of dust across a farm of computers can still feel out of place.