BB-8’s voice doesn’t want to make me strangle him though.

I really like BB-8’s voice. Sufficiently distinct from R2, who is positively venerable by the time of The Force Awakens. Seems like BB’s voice “flows” a little more than R2’s.

These are contentious, but at least the dianoga is a no-brainer…

And this is only possible because Disney owns both. If it didn’t there’d have been a copyright lawsuit before the new film even hit the editing booth.

“Search your feelings. You know it to be true.”

My response is: “vexatious”

It seems like it’s a bit more complicated than that:

The Jim Henson Company | 2004 to present

On April 1, 2004, the company and HIT Entertainment agreed to a five-year global distribution and production deal which included distribution of 440 hours of the company's remaining family library include Fraggle Rock, Emmet Otter's Jug-Band Christmas, The Hoobs and Jim Henson's Mother Goose Stories. After that deal expired, Henson signed on with Lionsgate Home Entertainment, then subsequently, Gaiam Vivendi Entertainment. Following the sale of the Muppets and Bear in the Big Blue House franc The...

After reading this, Disney owns the Muppets, but Sesame Workshop owns their characters, and can continue to call them Muppets through a licensing agreement with Disney.

At least I think so…

BB8 wasn’t nearly annoying enough in Awakens to be Elmo. BB8 is maybe 10 millijars while Elmo is easily 800.

Nope. Red is not orange.

We don’t use Imperial units in these parts.

That little sphere is just big enough for a disembodied head, after all.

I’m pretty keen on seeing the new Star Wars, but if there’s one thing that could stop me, it would be the word “Elmo”. 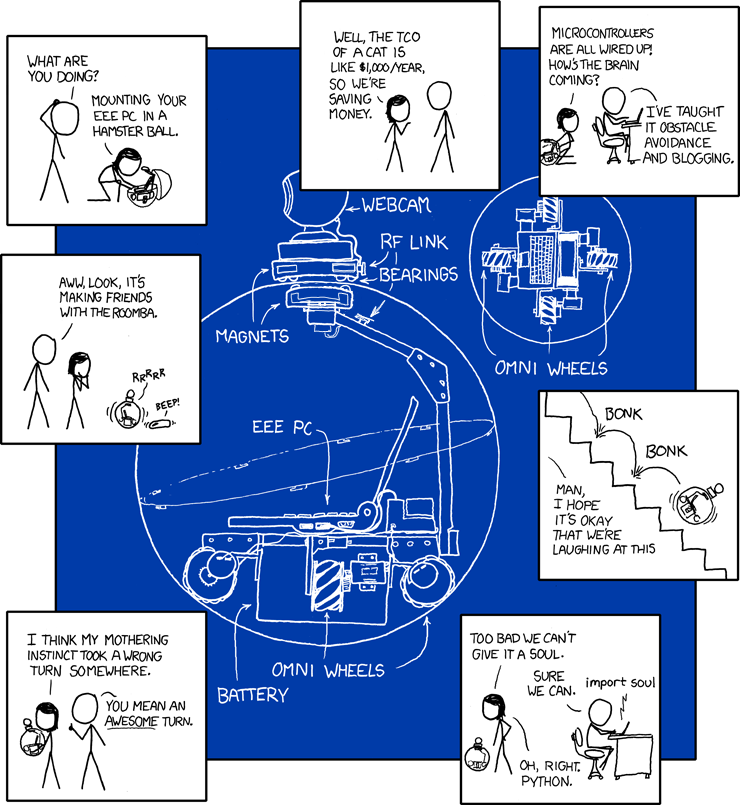 ONE LAPTOP PER HAMSTER!

Eh, a robot whose ‘head’ self-balances on a ball ‘body’ isn’t that distinctive an idea, people did it before Munroe.