But I think the canonical pronunciation (from the third of the movies-that-don’t-exist) is just ka-SHEEK (/kəˈʃik/).

One of the things that bugged me about those (wholly imaginary) prequels was the infantilization of the fictitious names of new planets and characters. Older, established names from the original trilogy and EU seemed evocative and quasi-exotic, like Tatooine, Dagobah, Coruscant, Corellia, Ord Mantell, Yavin, Kashyyyk… They all sounded like places from the Golden Age of Science Fiction without being too pulpy. Same with character names like Obi-wan Kenobi, Darth Vader, Leia Organa, Bossk, Boba Fett, Generals Rieekan, Dodonna, Madine, Veers, and Tagge, even Tarkin and Skywalker seem to perfectly walk the line between realistically mundane and wonderfully imaginative.

Bleah. They all sound like they were toys first.

I recently looked up Obi-Wan, and he’s from “Stewjon”.

Hilariously made up by Lucas during an interview with Jon Stewart.

It’s the “binks” part that bothers me.

Ugh. You know Lucas was like “This’ll make a lot of money. We’ll sell a shitton of ‘count-dookie’ figurines to the crotch goblins of the real fans.”

Although, honestly, I do like “Kit Fisto”. Makes me giggle every time for obvious reasons. So I guess it worked?

I dunno… did he deliberately name his lead character “Muad’Dib” or did he just punch his Remington’s keyboard in frustration?

4-LOM was created for Star Wars: Episode V The Empire Strikes Back, where he was played by Chris Parsons…His name was reportedly an acronym for “for love of money.”
-source: Wookiepiedia

I may have misread it but I always assumed the acronym was an inside joke about Lucas populating his universe with potential action figures. I know a couple of parents who said all they could see when they watched the sequels was all the shit to buy.

Well, he is a bounty hunter, but that certainly doesn’t make your interpretation unreasonably cynical.

I remember being 10 years old and first hearing out loud the names of Bossk, Zuckuss, and Dengar in a toy commercial and thinking they sounded like they’d been named by Kenner.

I’m kind of surprised that Boushh hasn’t shown up in any of the spin-off stuff yet.

If you want to sell a lot of action figures it helps if kids know how to spell them on their Christmas lists.

There’s been a lot of negotiating about that.

Read this years ago and it kinda stuck with me. Probably some clever tweet:

Disclaimer: original names were probably funnier, those are top-of-head.

I missed this thread when you first posted. I completely agree but my midichlorian count is low today so I probably shouldn’t get worked up. 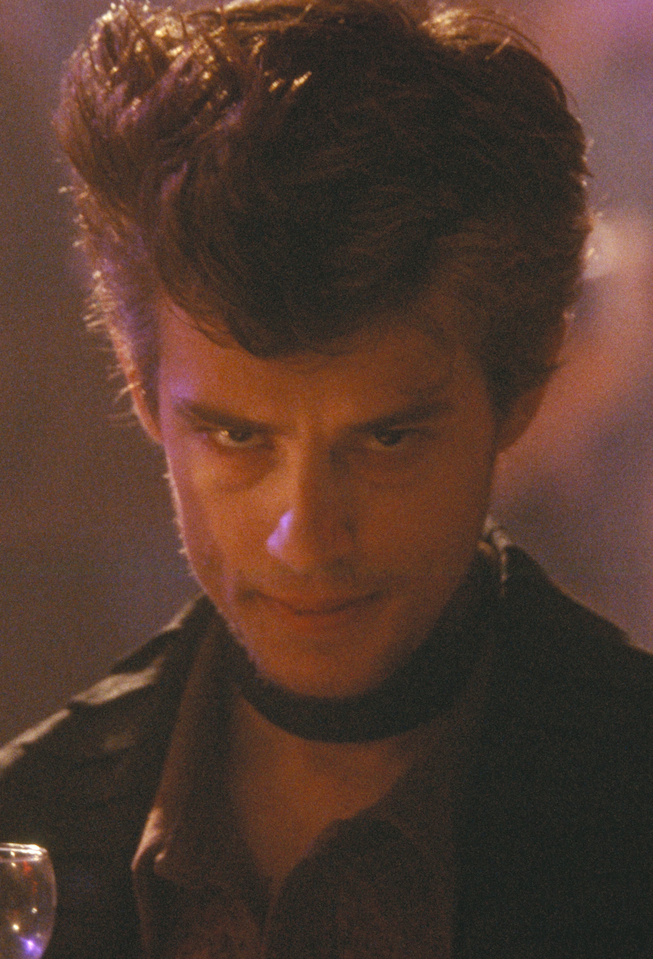 If you want to sell a lot of action figures it helps if kids know how to spell them on their Christmas lists.

I think you’ve got something there.

I dunno… did he deliberately name his lead character “Muad’Dib” or did he just punch his Remington’s keyboard in frustration?

Yep. And Herbert’s bio is quite interesting, bolstered with a great interest in religions and by having worked in a wide variety of occupations. It’s easy for me to imagine all that informing him in helping to create evocative names that directly related to his characters and their stories. (Read: Frank didn’t pull names out of his ass like Lucas.)

I mean, that’s got to be Wookieepedia editors messing about, no?

######actually no, that’s probably what Lucas considers to be both subtle and the height of wit

Hey, that was Mouse from the Matrix…

Matthew N. Doran (born 30 March 1976) is an Australian actor, known for his role as "Mouse" in The Matrix and as "Elan Sleazebaggano" in Star Wars: Episode II – Attack of the Clones. Doran was born in Sydney. He is the brother to Mark Doran and uncle to JD and Max Doran. He studied acting for two years at the Australian Film and TV Academy and won an award for Best Performance and Most Improved Student before he graduated in 1991.

He was selling better stuff in The Matrix

Heh. “Most Improved.” Hope I never earn that one, since it serves equally well as a judgment on the beginning or end of one’s tenure.