Oh wow, you can see the “hotboxes” where the devout get punished; the fields where brainwashed initiates toil daily for “enlightenment”; and those lovely cottages for all of miscaviges’ wives, paid for by the likes of tom cruise and that neighbour who keeps buying “textbooks” that help him open his chakra or w/e the fudge those people believe in.

You don’t get that kind of spread writing pulp sci fi at $0.02 a word.

I wonder why they bother to try and hide the crazy? It would seem to me that, in today’s culture, the more loopy a group is, the more publicity and power they get. “Mr.” Farage’s existence highlights that particular problem.

Bwahahahahaha! I remember when they went ape-shit because some people got GPS coordinates for some buildings there. (This was before Google Maps.)

Was trying to wrap my head around what I was seeing and then I realized: in Scientology’s mixed up grab bag that is L Ron Hubbard’s stream of consciousness, the Sea Org(anization) is the command structure, where they all pretend to be sailors or something (Hubbard’s revenge for being kicked out of the US Navy - Don’t ask).

So, that structure is apparently to teaching device for the little Sea Orgers to learn how to unfurl and furl sails on a square-rigged sailing vessel. 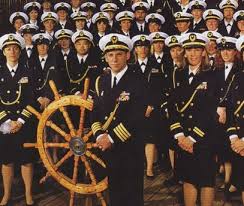 That’s why I could never join the Sea Org, I have an appointment scheduled in August 81774 which I just refuse to cancel.

This looks like the reason CA is having a drought. How much water is used to irrigate this oasis/volunteer prison?