As I understand, a lot of Scientology’s culture is based on an “Us vs Them” rhetoric. For example, their “evil psychologists” theme, specifically targeted to cut off vulnerable cultists from the very people who can best help them and pull them away from the cult.

So really, it’s no surprise that they’d react like this.

“All con artists are charming. That’s how they get people to believe them.”

Something something L. Ron Something…

Isn’t that textbook cult behavior to start with?

Yeah, Scientology’s got their wallets open trying to discredit the film. Typing “Paul Haggis” or “Alex Gibney” into Google got me ads for hit pieces in “Freedom Magazine”, which is run by Scientology.

Come to think of it, you’re right. I feel like I uttered a tautology there

“Writing for a penny a word is ridiculous. If a man wants to make a million dollars, the the best way would be to start his own religion.”
― L. Ron Hubbard

Gotta love Scientology dismissing someone as the leader of a “small, failed cult.” If only it had been large and successful, then they could have seen eye to eye.

Uuuuh, I really would like to learn to speak to an octopus. But I’m afraid I don’t have the chromatophores for it.

So the prison camp has a pool, nice reception areas (oooh, reception areas!) and a music studio that is CAPABLE OF MIXING IN 5.1 CHANNEL SURROUND SOUND (like in the future! Or, um, 1976…).

But are people free to leave whenever they want? The second video would suggest no.

Keep in mind that Scientologists view these videos as a normal and healthy response. They are meant primarily for internal consumption by scientologists. This is important to understand because it demonstrates that the scientology mind set and world view is warped and sick, very similar to that of an Islamic terrorist or white supremacist. The Church of Scientology is a terroristic extremist cult with tax exempt status. As taxpayers we are subsidizing the creation, distribution and advertisement of these disgusting, bizarre propaganda videos with our tax dollars because of this cult’s 501©3 tax exempt status. It needs to be revoked. Please write your representatives and voice your concern.

EDITED: OH I FOUND THE VIDEO!

Just watch it. No need to explain anything. It’s REALLY CREEPY. Two cult leaders harass a man at the airport:

Now listen to the first part of this simulation of schizophrenia. While not exactly similar, the repetition of “you’re stupid” and “you’re worthless” type stuff is EERILY similar.

Scientology know exactly what they are doing. Note that they (the scientologists) stay very calm but forceful the entire time, and try for an air of authority, while attempting to tear you down. It’s fucking creepy.

It’s amazing the stupid crap people will fall for.

My gods these whackos are pathetic. They can’t let anything just go–they have to overreact, in hilarious fashion, to every slight no matter how well-substantiated and devasting or however meaningless. They’re like a “church” full of those playground sissies that ran to the teacher anytime you called one of them a poopie-butt or beat them at marbles.

Also if it’s all lies where is there slander suit? Hmmm

I read “Going Clear” and was actually impressed by the book. I thought I was long jaded (as an Internet troll since 1989 or so) to Scientology’s antics and horrid behavior but I was wrong. That book covers things that I hadn’t even guessed were going on (and damned my feelings towards the human condition a bit). 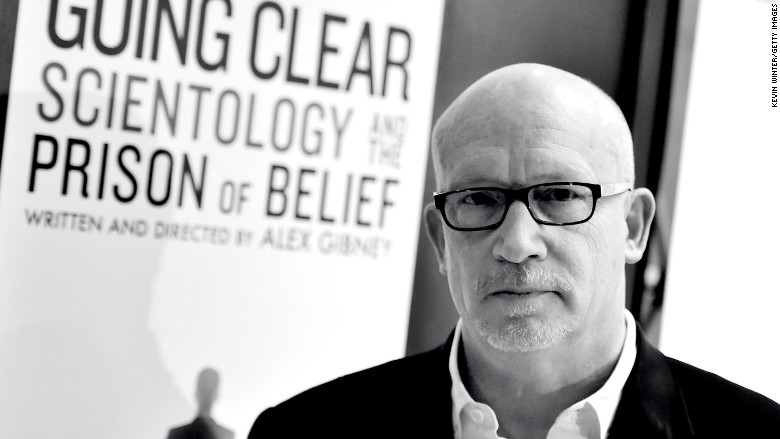 Worth watching for the video interview at the top.

Whoa, there, fellow. Put the coffee down and smoke a bowl.

Whoa, there, fellow. Put the coffee down and smoke a bowl.

Well, he seems to me to be quite right on this issue.