In the end, though, Selvig manages to actually sell one shirt, for 30 bucks, to an unsuspecting Trump supporter.

Maybe they should have given the rest away for free like those other pranksters did in 2017 with the “red white & blue Trump flags.”

They handed out flags in a nod to allegations of Russian interference in the election. Both were ejected, but said the stunt exceeded expectations.

They are such simpletons. I am so glad Marx never wrote about wiping your ass, because I’m sure they would say toilet paper was part of some communist plot if he did.

Man, these dudes are just not very funny or insightful. Jordan Klepper’s schtick is basically identical, but his commentary and leading questions seem to get to the meat of the issue. These guys just seem like boring trolls.

The original slogan “let’s go Brandon” for NASCAR Brandon Brown, after it being co-opted, is killing his career by turning off sponsors. F-ing him is kind of redundant now. The ignorant bastardization of the disguised epithet throws it completely off POTUS and back on poor Brandon.

Proud to be a life-long ass wipe, comrade.

The original slogan “let’s go Brandon” for NASCAR Brandon Brown, after it being co-opted, is killing his career by turning off sponsors.

I’m not saying he had it coming, but Brandon Brown is a Republican so I’m not gonna say he didn’t have it coming either. If nothing else this should make him rethink the company he keeps.

Also I think it’s pretty common knowledge that the entire thing happened because a commentator misspoke (either intentionally or not), Brandon Brown just happened to be there being interviewed, and the whole thing was so absurd it kind of took on a life of its own.

When it became a viral meme, Brown himself rather than asking fans to cut it out decided poured proverbial gasoline on the fire by tweeting in support of it. If his career is suffering as a result, he only has himself to blame.

I am so glad Marx never wrote about wiping your ass, because I’m sure they would say toilet paper was part of some communist plot if he did.

We should totally start a rumour that toilet paper is socialist. I’m sure some of them will stop wiping their arse ‘to own the libs’. Just make sure you stay up-wind.

Septic masculinity: when homophobia prevents men from literally wiping their own asses 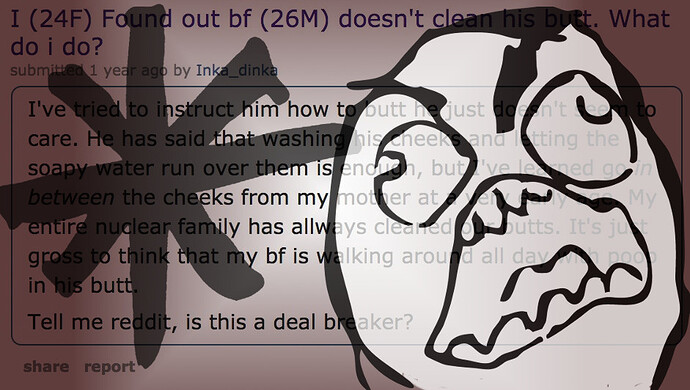 Septic masculinity: when homophobia prevents men from literally wiping their...

Keith Calder has been looking around on Reddit and has found a string of messages from baffled, distressed women whose male romantic partners literally don’t wipe their asses because touching… 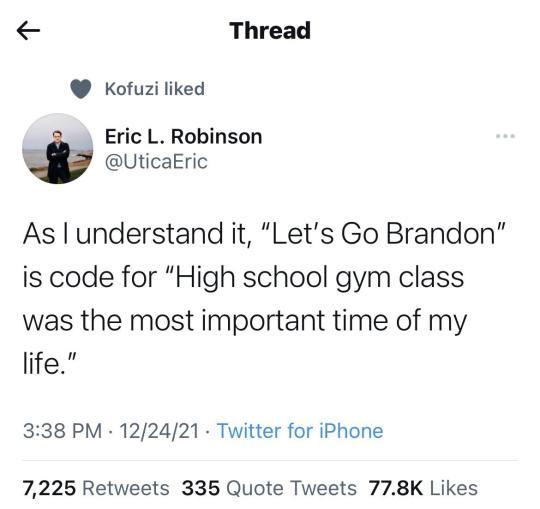 My greatest dream right now is to convince Pelosi, Obama, Hillary Clinton, AOC, and George Soros to film a PSA advising- No, demanding- that Americans stop eating their own feces.

I think it would take about 3 days before the videos started appearing on YouTube.