Before and after photos reveal impact of Houston flooding from Harvey

At least eight deaths are reported and it’s expected to generate more damage than Katrina.

*8 deaths internationally from Harvey as of right now; 5 confirmed in Houston, 2 in the US outside Houston, and 1 in Guyana.

At least from an hour ago, but it will keep rising.

I have family in the Houston area. Parents are ok thus far, older brother and his wife are staying with them since their neighborhood is known for flooding. I also have a cousin that lives downtown and their apartment for sure got flooded, they’re also with my family at the moment. Shit down there is pretty serious.

Not that I am trying to minimize the effects of the damage being caused by the flood, but apparently (at least according to this dude), Houston streets are designed to capture water, flood quickly and whisk the water out of town. The main reason is to avoid destroying homes and other property. 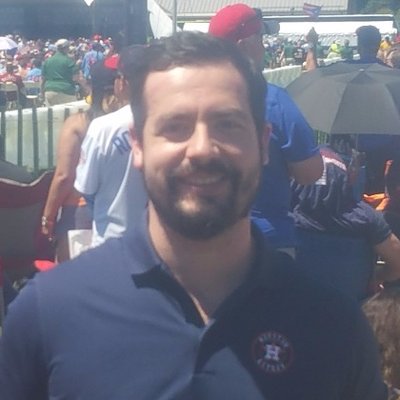 A Houston floodsplainer: (caveat, I'm not a pro, just someone interested in how my city works. If a real pro finds an error, please LMK)

Interesting engineering decisions, and it seems that civil engineers have thought long and hard about this problem. However, this time, even with this design, there is just wayyyy too much water.

On a side note, when I lived in Houston in the mid-90s, I remember taking out the kayak to row down the streets after major storms, lots of fun. This time, though, it’s different.

The New York Times has a great piece today where they match up with Google Street View locations to show before and after. Clever. 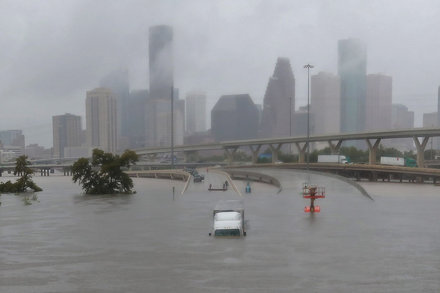 Houston, Before and After Harvey

Video from Houston before and after Harvey shows devastating flooding, with water concealing some of the surrounding area and deluging highways.

My office is just barely not flooded as of today, someone got a boat out there to check. The road in front is for overflow, and one of the bayou’s flood relief channels is behind it so it is sort of just barely hanging on as an island. It’s pretty insane, we just had some people with ready Houston walking through our neighborhood making sure everything was safe but I basically am surrounded by water on all sides within a mile - and get the public library is going to open again tomorrow. Strange days.

That’s pretty crazy, the flooding there is really something.

My parents aren’t too far from Lake Houston, my worry there is that the rain will cause the lake to spill over into their neighborhood. My parents didn’t seem concerned when i talked to them yesterday but i still worry, considering all of my family is currently at their place.

And just imagine how much worse it would be if global warming were real.

Good thing 45 is on the job, he is on top of protecting and putting America first…oh wait.

Houston streets are designed to capture water, flood quickly and whisk the water out of town. The main reason is to avoid destroying homes and other property.

It seems that a major downside of this plan is that if hundreds of thousands of people were stuck in traffic trying to evacuate the city they could all be drowned as soon as the streets flooded.

Exactly. But my understanding is that this was just one of many tradeoffs made, and was the reason why Houstonians were told not to evacuate. It may turn out to be that this decision was not the right one, but it does seem like a lot of smart people with the best intentions did the best they could with incomplete information. Time will tell.

For sure it was known that downtown Houston would see really heavy floods, my cousin that live in Houston proper had enough time to move their possessions and try to elevate their furniture off the ground. Not sure how successful this will prove to have been, they are anxious to go check their apartment.

This situation reminds me of New Orleans, i had read an article that the a good number of the pumps were non-functional (because of budget cuts) and if heavy rains hit the city they would flat out just need to evacuate everyone.

Yeesh. I hope you remain safe.

All the good planning in the world cannot survive a few idiots who want to drain the swamp and cut the budgets of everything that can keep people safe.

I’m going to put on my planning hat for a moment and point out that a sizable portion of this flooding was avoidable. The lack of zoning that Houston is so fond of bragging about, this is the outcome. It isn’t news that the region is essentially perfect for flooding. That makes things like riparian setbacks and limiting impermeable surfaces all the more important. Clearly there would be some flooding, no matter what the regulatory framework, when you have that much water.

I’m right by Lake Houston, it is one of the safest places in town to be.

Damn that’s a lot of water.

Yeah i just got off the phone with my mom and they weren’t concerned still. Some areas have had some flooding but nothing like in Houston

Civil engineering in a nutshell.

My ex-fiance texted me at 4 this morning; he’s safe but had to evacuate his home, 20 feet of water.