Watch: Ted Cruz squirms when asked why he voted No for Sandy aid but now asks for Harvey aid

Seeing his face and hearing his voice and being exposed to the content of his character is so dreadful that even watching him squirm is a mixed bag.

I really wanted her to cut his mic halfway through his B.S.

so dreadful that even watching him squirm is a mixed bag.

Having now seen him squirm, I can confirm that for all intents and purposes, this guy is just like my brother, aka Mr. “mistakes were made” “I’m sorry you feel that way” and “you can apologize for what I’ve done whenever you’re ready”

Those are in quotes for good reason.

Some Fucking People, and Ted Fucking Cruz is one of em.

Now let’s see how much pork there is in Harvey aid.

Of all the terrible shit Trump has done, the worst amongst them is making Ted Cruz look good from time to time.

Also, how fucking hard is it to say, “I made a mistake. Now let’s focus on helping these people in need.” Not hard. Might even earn some credibility.

“This bill is symptomatic of a larger problem in Washington – an addiction to spending money we do not have, ” Cruz said. “The United States Senate should not be in the business of exploiting victims of natural disasters to fund pork projects that further expand our debt.”

Sauce for the goose and all that…

Cruz has had to compromise even his limited morals so many times this year that it’s difficult to imagine the squirming is related to anything other than a ginormous worm trying to escape it’s poorly fitted costume.

It has been scientifically proven that Ted Cruz is a monumental douche bag.

Because Texas needs bacon for breakfast.

“Because no one I know or care about was affected by Sandy.”

Weird, when he’s listening, his head-nod seems to be on a 3 second timer.

There may have been pork, but it sounds like it was added to entice GOP senators: Pork Holding Up Senate Sandy Relief Bill Funneled Into The Troughs Of GOP Deficit Hawks? You Betcha.

I hate to excuse Ted Cruz, but the story coming from the GOP camp is that there was a lot of spending in the Sandy relief bill that had nothing to do with hurricane relief, and THAT is what Cruz was voting against. If true, this is how politicians operate; they add a bunch of out-of-context spending, and condemn everybody who doesn’t “want to help the poor hurricane victims”. Both sides do it. Why? Because we fall for it.

That said, I don’t know the facts, I’m just repeating what I’ve read. And I think Cruz is a weasel for other reasons.

Ted doesn’t give a shit about anyone but Ted. He cares about re-election. We could have tried sacrificing him to Harvey, but it would have spit him back out.

Yes, there was some pork - but that’s true of every bill. Kept in perspective, most of the money allocated in the Sandy Relief bill went directly to the affected areas.

What was in the $60.4 billion emergency relief package?

The package included $11.5 billion for the Federal Emergency Management Agency’s chief disaster relief fund and $17 billion for Community Development Block Grants, much of which would help homeowners repair or replace their homes.

Another $11.7 billion would help repair New York City’s subways and other mass transit damage and protect them from future storms. Some $9.7 billion would go toward the government’s flood insurance program. The Army Corps of Engineers would receive $5.3 billion to mitigate flood future risks and rebuild damaged projects.

Most of the money in the $60.4 billion bill — $47.4 billion — was for immediate help for victims and other recovery and > rebuilding efforts. The aid was intended to help states rebuild public infrastructure like roads and tunnels and help thousands of people displaced from their homes.

At the time, in an effort to court votes, Democrats broadened some of their bill’s provisions to cover damage from Hurricane Isaac, which struck the Gulf Coast earlier that year. A provision was added to the $2.9 billion allotted to Army Corps of Engineers projects to reduce future flooding risks. The coverage area for that program included areas hit by Isaac in addition to Sandy. Democrats also shifted $400 million into a community development program for regions suffering disasters, beyond areas struck by Sandy.

Other Republican lawmakers called for cuts in federal spending to offset the Sandy package. 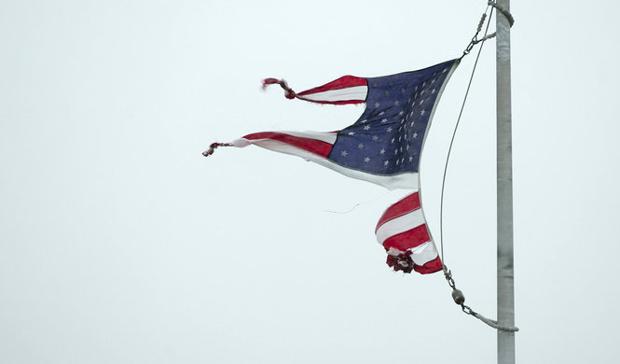 A closer look at Texas lawmakers asking for Harvey aid after opposing Sandy...

Before they were for it (when it hit home), they were against it. Then it was on principle, now it's an emergency.

I have no reason to doubt you. I’m sure you are right. But it’s still enough for Republicans who want to, to defend Cruz. We may be aghast, and rightly so, most people will believe only what they want to believe. If we could make a rule that would eliminate pork riders from being attached to bills, it would help, but as you say, they are attached to every bill, so neither side wants to get rid of them.

“Your side packs bills with pork, my side multi-tasks.”

I’m not sure I would characterize any of that as pork. It sounds like it was all related to storm and other natural disaster relief, even if it wasn’t all for immediate relief for victims of Sandy. If that’s pork, it’s really lean pork rather than machine gun bacon grease dripping onto the floor of a gun range.