How about they try better shipping materials?

Doesn’t help much when people kick the shit out of the packages.

Do they see an increase of stolen or lost packages?

I have a theory regarding this: Some percentage of shipping workers are bored and unmotivated, and they will put in just the bare minimum effort required to mishandle a package.

If it looks like just dropping it off a shelf will be enough effort to break it, that’s all they’ll do. If it looks like they’ll have to go get the forklift and run over it a couple of times, that requires effort, so they’ll only do that if they think the situation calls for it.

So, in this case, the bikes that previously wound up mangled by wedging them under the truck’s lift gate only wind up dumped off the edge of a loading dock, which they can easily survive.

Now, I’ve dealt with lots of shipping companies and I don’t think most of the people that work at them are like that, but there are always a few bad apples here and there. Especially during the holidays when they need to bring in a lot of temp labor.

So are carriers nicer to TVs, or meaner to bicycles?

That was my immediate question upon reading about this. Maybe thefts aren’t an issue with their postal system, though.

It’s really hard to stick a TV down the back of your pants.

I guarantee the bikes are more expensive than the TVs.

Yes, but how many people can eye and expensive bike to hock, vs a TV? Or how many could use said TV?

Then, of course from THEN on, as you probably guess,
Things really got into a horrible mess. 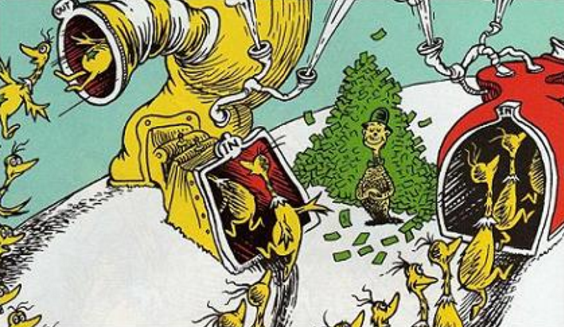 I guarantee the bikes are more expensive than the TVs.

Presumably it’s a difference between the previously unlabeled bike boxes, where it wasn’t clear an expensive bike was in it, and the new ones that imply a rather expensive television is within.

So maybe it is about the same. 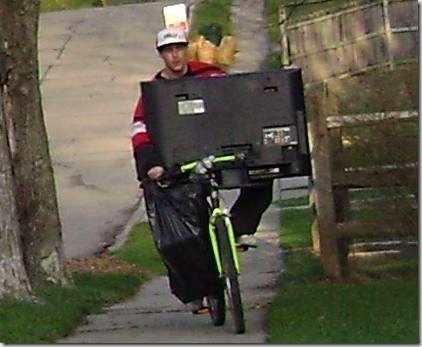 Yes, but how many people can eye and expensive bike to hock,

Based on the bicycle theft rates in Oxford, quite a few. Easily enough that there is far more chance of your expensive bike being stolen here than your television.

You know what arrives with zero damage? Stuff shipped in sulfuric acid boxes!

I once flew home with two boxes of stuff. Old magazines from the 40’s. Identical size boxes. But one box said sulfuric acid, plus oodles of warnings. The other said nothing. After reassuring the check in desk that there was no acid, they bot went on the plane. Guess which one arrived without even so much as a crumpled corner and which one had every corner and several edges crumpled?