The ultra-rich can’t wait to escape from the mess that they’ve made here on this planet. Space travel is easier than fixing things, after all.

Does this confirm that Branson’s is even smaller than Bezos’?

While I appreciate billionaire pissing contests with potentially fatal consequences (for the billionaires, not the pilots) I have to wonder about the climate change consequences of these stunts. This is like competitive coal-rolling on a much grander scale.

in the vague hope that when the world really starts to go to hell they’ll be able to just leave it?

And where the fuck do they think they might go? (And still be able to exist for any greater length of time than they would staying on earth?)

That billionaires exist is an indication of a totally dysfunctional economic system.
That we need billionaires to be the financers of human space exploration is partly the same but also partly a failure of public and governmental imagination.

Blaming them for attributed motives of wanting to escape the planet if or when it all goes tits up is a bit daft, really, seeing as there is nowhere to escape to and will almost certainly not be within their lifetimes.

(Actually, I may have to submit that one to El Reg - famed for their occasional alliterative headlines)

Ah. Competing for the Astor-Gugenheim prize for “Going First”.

It’s a high tech Potlach Ceremony put on by billionaires.

A dick-measuring contest would be a lot less expensive. You’d think these titans of capitalism would understand that

I am unimpressed by any billionaire spaceman who got there because he lacked the empathy, self-awareness and critical thinking required to not break the backs of others and trash the planet. 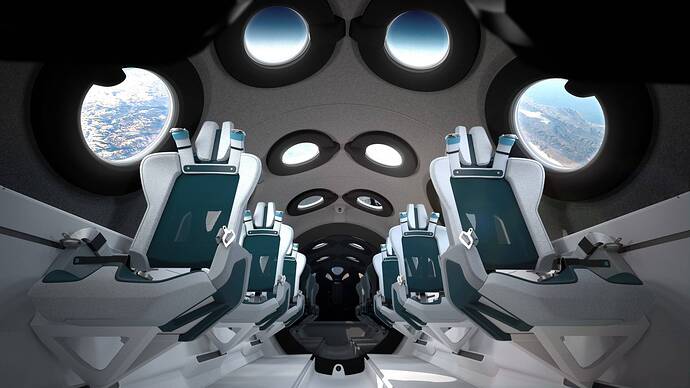 The flight of the bearded one means Shepard will be second. Again

Unashamed showman Branson has tried to trump that, even if VSS Unity will not soar as high as the New Shepard. Its last test flight reached just over 89km while the New Shepard went comfortably beyond 100km.

The difference is significant, depending on where you think the line between the atmosphere and space lies. Known as the Kármán line, NASA, the FAA and the US Air Force put it at 80km above Earth. However, the Federation Aeronautique Internationale (FAI) has it at 100km. And the latter is responsible for records in astronautics.

Other measures put it at 122km, meaning that both Bezos and Branson will both fall short. Both will however get their astronaut wings from the US Air Force, so that’s alright then.

Both will however get their astronaut wings from the US Air Force, so that’s alright then.

Does the USAF give astronaut wings to, for example, Russian astronauts (and the answer cannot be ‘no because they are cosmonauts’)? So why would they give them to Beardie Branson, also a non-US citizen? Do they even give them to civilians? If not, why Bezos?

(Or was El Reg making it all up to make a point?)

So here we are… the first space race was a contest between nations (for whatever that was about?!) and now it’s between obscenely wealthy entrepreneurs.

Give it to him. Shipping and handling costs $22 million.

What could be a better illustration of the over-rich being under-taxed than them blowing fortunes playing astronaut in the vague hope that when the world really starts to go to hell they’ll be able to just leave it?

Not that it’s any better in the grand scheme of things, but in Branson’s case I get more of the sense that he’s just making a cool toy. Bezos is definitely hoping to escape the stench and wailing of the suffering, unwashed masses.

At least Bezos is taking Wally Funk, it’s long, far too long overdue that at least one of the Mercury 13 gets to go on a flight and get their wings. They could have done it smeggin’ 60 yeas ago, but, you know. (Not that things have improved that much over the last 60 years, we’re not nearly where we should be.)
So both nice and too little, too late. 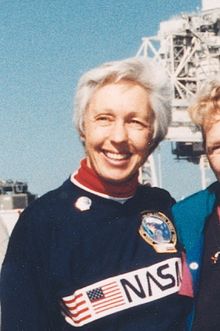 Mary Wallace "Wally" Funk (born February 1, 1939) is an American aviator and Goodwill Ambassador. She was the first female air safety investigator for the National Transportation Safety Board, the first female civilian flight instructor at Fort Sill, Oklahoma, and the first female Federal Aviation Agency inspector, as well as one of the Mercury 13. Funk was born in Las Vegas, New Mexico in 1939 and grew up in Taos, New Mexico. Her parents owned a variety store. The family had a collection of a...

I’ve been following this. Funk’s reaction to being told she’s getting to go to space is just fantastic. At 82, she’ll also be the oldest person to visit space.

I’m reminded of the Golgafrinchans, only with Billionaires, not Telephone Sanitizers… 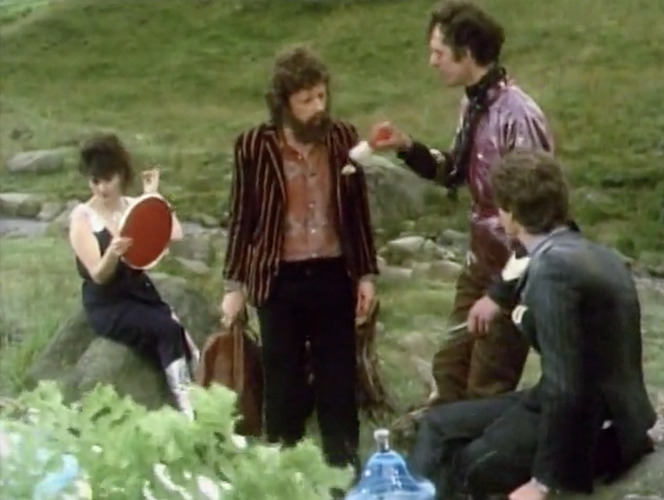 Billionaires launching into the vacuum of space?

They can both end World hunger, homelessness, and a laundry list of ills humanity is facing, but no, let’s go take a 10 minute space flight…