We really need to stop buying in to engineer syndrome. Just because someone is successful in one area doesn’t mean they have anything to contribute to anything else. See also Kanye West.

if you're rich, you're evil.

Rich, depending on the definition? Not necessarily. Multi-billionaire? Umm, yeah, you are.

For generating reasonably accurate ‘A.N.’, or artificial news, we could concoct two wheels o’ fortune, one marked Billionaires and the other “Ghastly social notions”

(“hmm… might the world be better off limiting the number of billionaires?”)

Especially if they bought their way into that success in the first place. 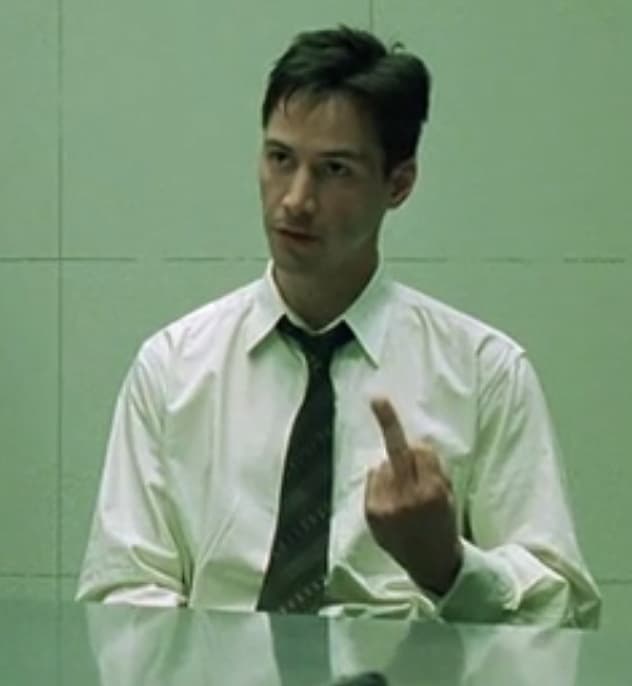 Dipshit thinks that he has the brilliant insight to make peace in Ukraine when he doesn’t even have the self-awareness to heal the rifts he created in his own family.

On the one hand, because of him, we have an actual, viable, space program. Also because of him, the electric car industry is much much farther along than it would have been without him, if it would even exist at all.

On the other hand, Christ, what an asshole.

If there’s one thing that can repair your relationship with your trans daughter after fucking it up with your transphobia- it’s continuing belittling her publicly - with one of the world’s biggest megaphones.

the electric car industry is much much farther along than it would have been without him, if it would even exist at all.

Not sure what that last part is supposed to mean. The Nissan Leaf is a mainstream car that started selling in 2010, years before the Tesla Model S came on the market.

There are no saviors. These could have been met by any sane person in the same time period.

With the aversion to pronouns I assume “he/him” is also off the table. Henceforth we retreat to referring to musky billionaires as “it”, if we refer to “they/them” at all.

Is shitweasel a pronoun?

He’s this close to joining the rest of the fascists in using this term:

The term "Cultural Marxism" refers to a far-right antisemitic conspiracy theory which claims that Western Marxism is the basis of continuing academic and intellectual efforts to subvert Western culture. The conspiracy theory misrepresents the Frankfurt School as being responsible for modern progressive movements, identity politics, and political correctness, claiming there is an ongoing and intentional subversion of Western society via a planned culture war that undermines the Christian Alth...

And of course, when he does…

It is now. Awesome.

Behind Every Great Fortune There Is a Crime - Quote Investigator

Peace in Ukraine is so last week - this week’s it’s handing democratic Taiwan over to the dictators in Beijing.

Goodness knows which conflict he’ll bring his tact and thoughtfulness to next.

Henceforth we retreat to referring to musky billionaires as “it”, if we refer to “they/them” at all.

As someone who uses They/Them as their primary pronouns, I fully support calling musky billionares “it”, but perhaps with a bit of a lisp before it.

Is shitweasel a pronoun?

IT IS NOW. Damn, @Tamsin_Bailey beat me to it.

It’s personally offensive to me that people lionize this asshole - not just because he’s an asshole, but because he’s such a dumb asshole.

because of him, we have an actual, viable, space program

His role was to throw money at the issue and otherwise let them get on with it. He’s not been alone in that - he was one of a wave of people investing in private space ventures all at the same time - and if he hadn’t done it, someone else would have been the one to fund those particular people who actually did all the work.

because of him, the electric car industry is much much farther along than it would have been without him

It’s debatable what Tesla’s actually done to advance the electric car industry, but Musk’s role was to buy an existing company. Actually, that’s not entirely true - he’s felt the need to sometimes take a hands-on approach on certain issues, but his input has, from what I’ve read, been actively damaging more often than helpful. I mean, go read up on it - he’s shown really bad instincts and dictated really dumb directives (that may have ultimately destroyed their autonomous driving program, for example). His oversight of the factories has been disastrous. Electric cars have been inevitable for decades, and I rather suspect eventually, in the family tree of the electric car industry, Tesla will largely be an evolutionary dead end.

The thing about Musk is, the one thing he’s actually good at is self-promotion. So he gets undue credit for things that a) he wasn’t actually responsible for and sometimes b) don’t actually exist.

the brilliant insight to make peace in Ukraine

It’s telling that his idea of “peace” is just “let Russia have what they want.”

Goodness knows which conflict he’ll bring his tact and thoughtfulness to next.

We can safely predict what his prescription will be though: “Roll over and give the authoritarians everything they want.”

“It’s full-on communism and a general sentiment that if you’re rich, you’re evil.”