Binge-watching all of Breaking Bad in just 3 days 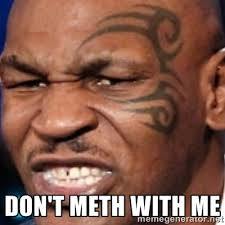 Wow. I watched the whole series in 3 weeks and felt like I was at the saturation point.

I have never even watched a minute of Breaking Bad, but now I’ve watched 5 minutes of someone watching Breaking Bad.

i had to laugh because each of the “summary pauses” were perfect. i kept saying “yep, pretty much!” i wish he would’ve said at the end what he thought of the entire show… 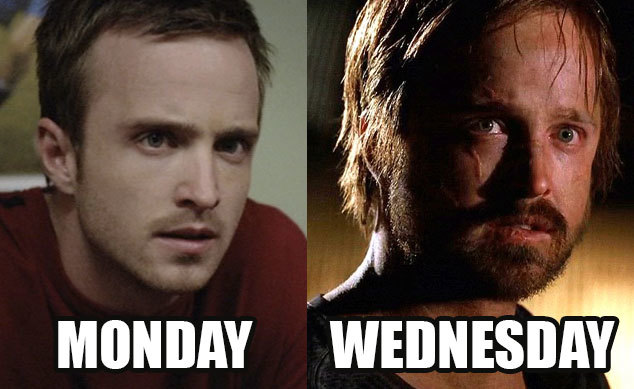 I could only binge-watch-watch 3 minutes of his binge-watching. Then, I had to take a break. I’ll finish it tomorrow.

Due to advanced old age, I totally don’t get these “reaction” videos. There are thousands. My kid likes them.

My personal record for binge watching was tearing through the first two seasons of 24 in less than 48 hours. I think I deserve a bonus points for doing 14 hours of that at work.

Is that a Pendleton (Lebowski) cardigan? I want one.

But can he binge-watch Battlestar Galactica, lose his job, have the power turned back on because it’s BSG, and then get the head writer to write Moore episodes?

I did it in that period between 4.5 seasons and the last few shows, when it was major national news. Then of course having to wait week to week for the rest of it was even more torture.
Not learning my lesson, I watched most of Homeland at one time. This is how you earn your heart attacks, kids.

Exactly! I wish he’d said how he felt at various key points. The annotations were helpful for context, and even just a couple of sentences every now and then would really round this off for me.