Is that one of those guns that can either shoot one at a time or all at once and it is a crap shoot as to which one it will do?

See Variants: The FN P90, also known as the FN Project 1990, is a personal defense weapon (PDW) designed and manufactured by FN Herstal in Belgium. Created in response to NATO requests for a replacement for 9×19mm Parabellum firearms, the P90 was designed as a compact but powerful firearm for vehicle crews, operators of crew-served weapons, support personnel, special forces, and counter-terrorist groups. Designed in conjunction with the FN Five-seven pistol and FN 5.7×28mm ammunition, development...

That is a super cool design and I really, really want one… they are just damn expensive - and you have to pay $200 for the feds and wait so you don’t have a dorky looking long barreled one.

and you have to pay $200 for the feds and wait so you don’t have a dorky looking long barreled one.

Too new to get full-auto, unfortunately. There’s a FA one down at the local range people can rent.

Is that a Pepper Box?

Yeah - you can only get one if you are Class III dealer and get a dealer sample. My friend in Houston works for a store with a rental range that got their license. So he has done some conversions. But no with the P-90 yet.

Still I really like the concept. I would totally get a Five Seven (sp) pistol if they weren’t stupid expensive.

We were able to get 30% more bullets into them by firing the whole bullet! 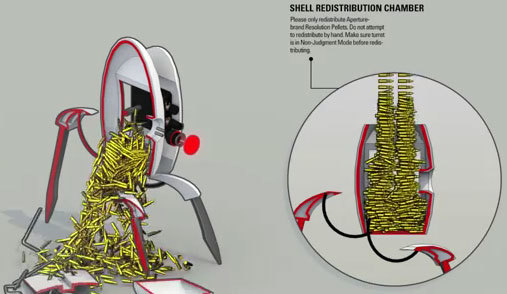 We were able to get 30% more bullets into them by firing the whole bullet!

Caseless ammunition is a type of small arms ammunition that eliminates the cartridge case that typically holds the primer, propellant, and projectile together as a unit. Caseless ammunition is an attempt to reduce the weight and cost of ammunition by dispensing with the case, which is typically precision made of brass or steel, as well as to simplify the operation of repeating firearms by eliminating the need to extract and eject the empty case after firing. Its acceptance has been hampered by pr...

I presume it’s some variant of a pepperbox, I just came across it in an image search. Can’t see the trigger so it’s possible it shoots all barrels at once (I’d hate to be holding it if that’s the case).

My numbers were a little off. It’s actually 65% more bullet, per bullet!

Someone upgraded that concept a wee bit:

Ever seen the ‘Phantasm’ movies? 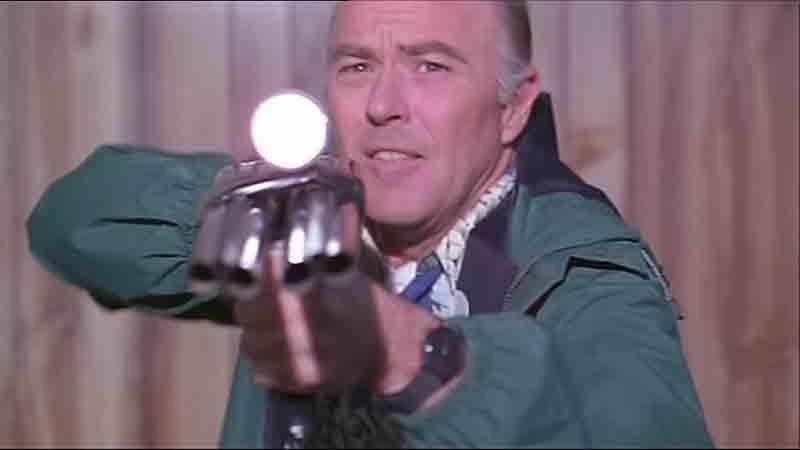 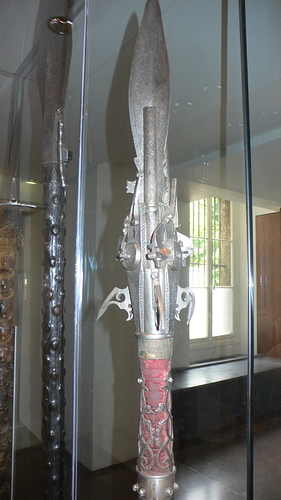 Gunspear, cap while you jab! 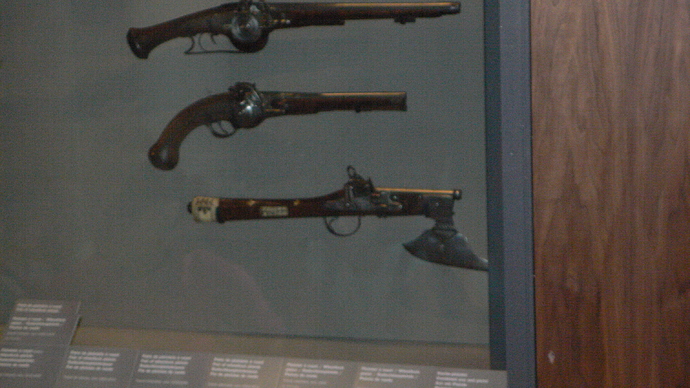 Gunax, gat while you hack!

I assume they were devised by dwarves. 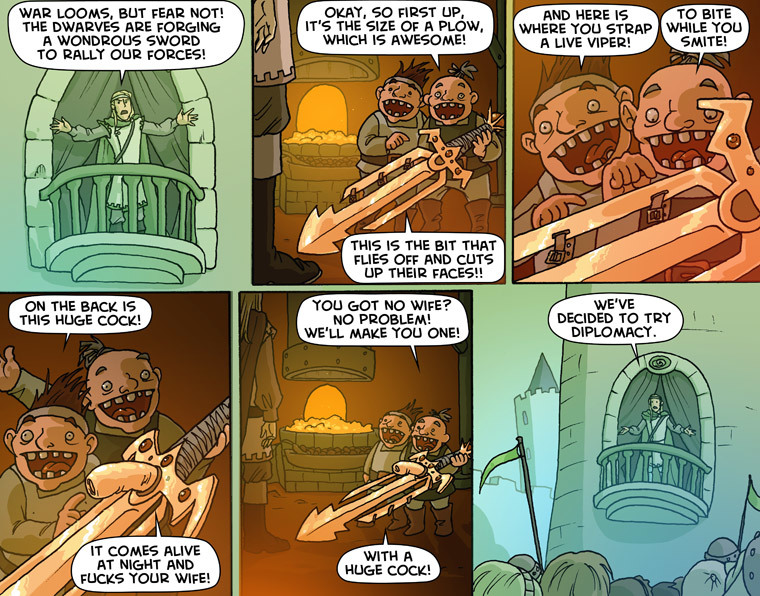 Oglaf, frequently NSFW
(assuming, in this case, that uncircumcised cartoon sword-cocks are safe for work)

That gunaxe seems… Like a rather poorly thought out idea… 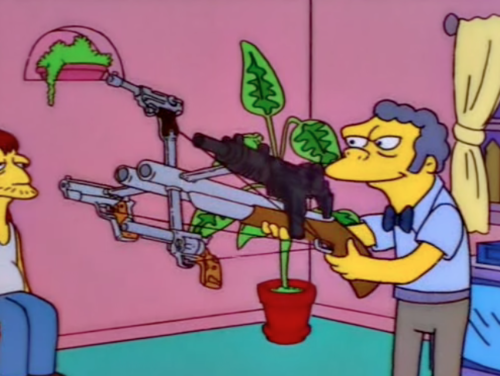 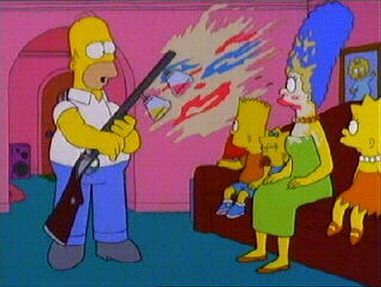 And of course there was the time in that episode where Homer opens a beer by shooting it. I’ve been trying to find a gif of that for quite a while now, but it looks like I’ll just have to dig up the episode and make it myself.

I assume they were devised by dwarves. 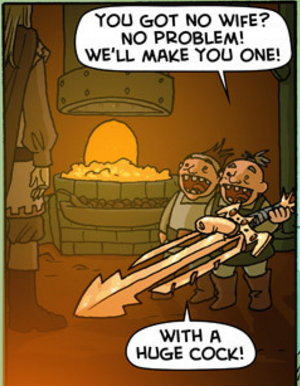 Cracks me up every time.

I love the dwarves. They’re pretty much my spirit animal, and I think I would have likely ended up like them if my dad trusted me with his powertools as a kid.

If you look closely at the spear you will see that there are three matchlock guns built in to the blade.