Thanks, I puked on my desk.

Wow, this is supremely fucked up. Calling gang members ferocious beasts speaks volumes about the entitlement of this artist. I shudder to think of the real beasts who would put this in their home.

You know it’s not real, right? Probably also not for sale. But hey, it got the guy on BoingBoing!

Huh. Now here’s an interesting conversation-starter. Not so much as something anybody’d display in their home, but as an artwork designed to kick you in the head and make you consider all the varied layers of meaning, many of which are indeed repellent to the imagination. Someone who has lost family members to members of these gangs might have a different visceral reaction to this than someone whose eye first goes to the racist subtext of it. Or they might not.

And then we could consider what such a rug might look like to us were it fashioned in the likeness of, oh, say this guy: 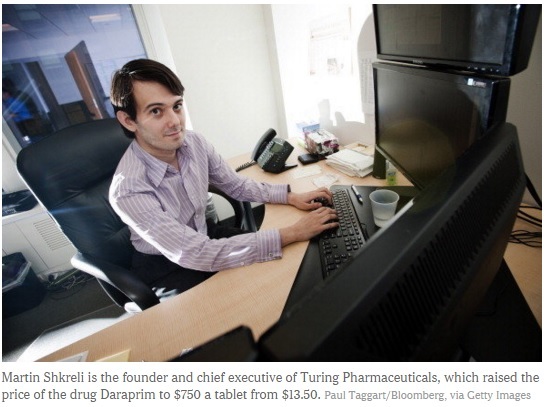 Yeah, I know it wouldn’t be as visually interesting, to be sure.

Dehumanizing gang members is a lousy way to address the problem.

Agreed. They are still people. A Donald Trump rug on the other hand…

Now that’s art!
But he botched the name; should’ve called it a “Thug Rug.”

Given some of the actions of groups connected to the tattoos shown (MS13), if anything the guy is brave for making such a thing. But he does appear to enjoy tweaking noses of people and groups in power: 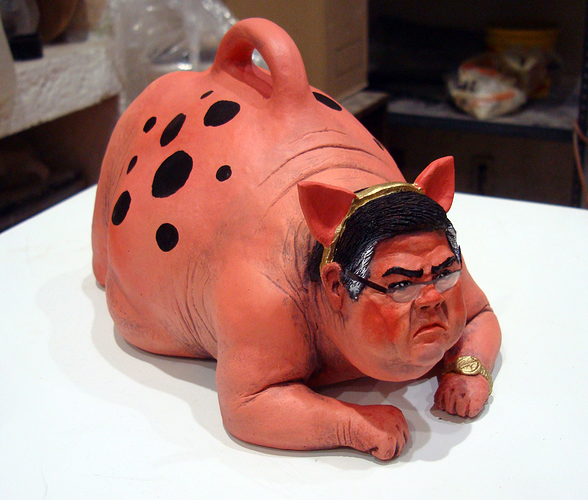 Money Bank for Fostering National Microsavings is a series of 100 polychromed ceramic replicas depicting Agustín Carstens, the Governor of the Bank of Mexico, and previous candidate for directing the International Monetary Fund.

“Years ago I was watching TV at the house of an ex-girlfriend,” he told The Creators Project. "We were watching an animation shortcut where a funny monster had in the floor of its house a green and red dotted hippopotamus rug.

Totally not smoking weed at 3 pm on a Saturday…

Wow, this is supremely fucked up. Calling gang members ferocious beasts speaks volumes about the entitlement of this artist. I shudder to think of the real beasts who would put this in their home.

True, no other animal approaches the cruelty of man.

I know, and treating them as sex objects is just wrong too. They have thoughts and feelings, you know!

Holy smokin’ Toledos… what my eyes have seen…

I wonder how difficult it is to clean and maintain.

Thought. Human skin cells grown on a synthetic scaffold, custom-printed skull and simulated attached soft tissues. Custom made according to the enemy’s photograph (more than one, for accurate 3d skull model; said enemy’s Facebook or other public postings could be leveraged here). 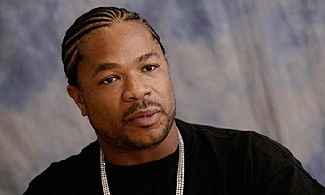