Boko Haram, not ISIS, is the world's deadliest terrorist group

In case anyone else has as much terrorist flag confusion as i do: 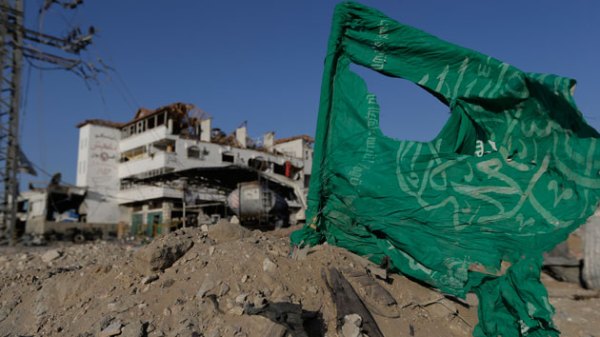 Stop mixing up the Islamic flags: A guide for lazy journalists

It's time to get it right.

Not if poor (or black) people don’t count.

That certainly doesn’t help; but I think that there is a strong element of ‘and as long as you don’t mess with our foreign policy objectives too much’ in there as well.

ISIS was outscoring Boko Haram on publicity pretty handily even they were focused on internecine bloodletting in the middle east; and it’s not as though we have the warm and fuzzies for that area of the world, or its residents. Wreaking havoc on our shiny, new, Authentic Iraqi Government! and spoiling the liberation of Syria by democracy-loving freedom fighters, though, is something that we did not find endearing.

Obviously, I wouldn’t begin to argue with the fact that casualties in Paris are a zillion times more affectively salient than ones in somewhere-in-Nigeria; but ISIS has had a higher profile for some time now.

You mean to say we are fighting the wrong “war” again.

I feel like this is an instance where the word “terrorism” is failing us. I suspect that ISIS/ISIL/Daesh is outkilling Boko Haram, but that not all deaths caused by Daesh are considered terrorism. I don’t think they count “combatants” as deaths caused by terrorists, for instance.

Headline makes no sense - there is no oil in Africa.

We* are fighting a war against Boko Haram, one of the conflict parties in Mali. But I am not convinced that terrorism and civil wars are solvable with air strikes and commandos.

*) as in the Western We, in this case mostly France

OK, but let’s also put “terrorism” in perspective: “normal” gun violence, cars, and various diseases kill many, many millions more people than terrorists of all kinds. This has been known for years, but it’s much easier (and better serves capitalism and national interests) to whip people into a frenzy about brown Muslim terrorists than about the fact that our roads are meat grinders.

There is plenty of oil in Nigeria alone.
Not to mention the rest.

And they have pledged their loyalty to the caliphate. Which makes them a franchise of ISIS. Like Abu Sayyaf in the Phillipines, and similar groups in Southern Africa, Chechnya, The Caucasus, Yemen, Algeria, and the Sinai (and many other places). These organizations, and others, have pledged their loyalty to ISIS, and are all, to differing degrees, following the instructions of the Caliphate. As far as you and I are concerned, they are part of the same organization. We can pretend that they are not, because putting them on the map one at a time makes them seem less scary and “JV”.

Amnesty International says Nigeria’s military is responsible for an additional 8,000 deaths in detention.

… And the US military?

There are actually more than a few people who have pointed out that will all the Facebook-Turn-Your-Face-Into-A-Flag-Pray-for-Paris-Vive-le-France-ing going on, it’s kind of head-scratching that none of this happens when ISIS kills brown or darker folk.

Make that Arabic Studies degree work for you!

You certainly can. I posted the link on FB with the comment ‘Well?’ I know how many will.

Meh. No one really cares about Africa. No one we know or care about lives there. Except maybe South Africa.

I have a friend from Nigeria who has just had his visa cancelled and may have to leave the country soon. Fortunately he is from the south, so there’s less chance of violence where he’ll be. My mother spent the first six years of her life in Jos, which has been the site of a number of attacks in recent years (most recently this July, against a mosque whose imam spoke out against Boko Haram). Boko Haram has been trying to start a religious conflict between Christians and Muslims, so they have attacked a number of churches in the area.

Actually - not true. During the oil embargo in the 70s, we got some oil from Nigeria.

The petroleum industry in Nigeria is the largest on the African continent. As of 2016, Nigeria's petroleum industry contributes about 9% to its economy. Therefore, though the petroleum sector is important, as government revenues and foreign exchange still heavily rely on this sector, it remains in fact a small part of the country's overall diversified economy. Crude oil from the delta basin comes in two types: light, and comparatively heavy – the lighter around 36 gravity and the heavier, 20–25 g...

I was thinking Fela Kuti wrote a song about it, but I’m thinking about his song ITT, which was about the telecom industry.

I think we’ve decided that fighting the Chinese over African resources isn’t really worth it.