I mean… I love puppers as much as the next person, but… really? I mean, how many people go hungry every day just in America… hell, just in San Fran alone!.. and people are making fancy restaurants for dogs?

This is a Ruben Bolling cartoon.

Rahmi is walking down the street one day, stepping over the homeless people, pondering what his next venture could be.

“I need inspiration, to fill a need of the community. but what?”

“Excuse me sir, could I have some sympathy for my dire situation?”

“Sir… I’m hungry, my dog and I haven’t eaten for days… if you could be so kind…”

Chef looks into the big sad eyes of the dog.
“Well now… I have an idea! You have inspired me, how wonderful this moment is, yes !”

Last frame is the homeless guy and his skeletal puppy under window of restaurant, pinned under an illegally parked Tesla, while inside pampered pooches are hand-fed exotic fare.

I’m just surprised that a restaurant this cutting-edge is still accepting payment in American dollars and not, well, you know… 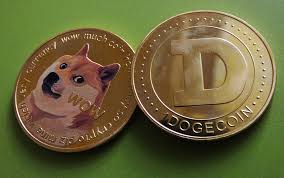 having gone deep undercover as a Hungarian Komondor this is my review:

the staff were good but lacked any knowledge whatsoever as to the appropriate etiquette required to serve my breed. service 3.5 stars

not a single item with kitten on the menu . menu selection 3 stars

I resigned myself to trying the braised squirrel with nuts , blue cheese sauce and goose berries. it was palatable which is more than I can say for many many of the establishments that have attempted to make this dish but at the end day the chef just did not have the savoir faire prerequisite in making this dish stand out . food 3.5 stars

after diner i did indeed find that this quaint little hole in the wall did have a hidden gem. The toilet bowl was superb, par none. toilet bowl 5 stars.

over all rating 4 stars

My dog eats cat feces. Loves them. Most dogs do. Much cheaper than $75.

Having worked in the (human) service industry, I can’t blame the chef for only wanting to deal with grateful tail-waggers, instead of some of the gentlemen I’ve had the mispleasure of meeting.

Still, as @Mindysan33 rightly points out, is this really palatable at all?

Do not feed your dog raw food. This is a ridiculous hipster notion borne of the idea that “dogs are wolves” and “wolves don’t cook” ergo “raw food better for dogs”. Guess what? Wolves live short miserable lives riddled with parasites. Dogs are just as susceptible to Salmonella, E.Coli, Listeria, worms, and everything else as we are.

My family has multiple veterinarians in it and they all have speeches for clients about this.

Dogs are just as susceptible to Salmonella, E.Coli, Listeria, worms, and everything else as we are.

Not even a point I’d considered! Seems like the pet-owning version of people who ignore their kid’s pediatrician and substitute whatever “wellness” regime they think appropriate for their children (raw food, etc).

A lot of people think wild animals have iron stomachs because they eat raw dead things, so they must, right? Yet somehow primates are uniquely fragile in this way? No, evolution does not optimize for “happy and comfortable”. It optimizes for surviving just long enough to reproduce and rear viable young. It doesn’t care if that experience is miserable and short.

Besides, dogs are perfectly happy eating offal and entrails, and nobody’s dog should eat better than anybody’s children. We have to draw the line on bougie bullshit somewhere or the guillotines are coming out of storage.

We have to draw the line on bougie bullshit somewhere or the guillotines are coming out of storage.

There isn’t really anything wrong with treating pets well and loving them dearly. But dogs don’t need fancy restaurants. They need decent food, plenty of room and run and play, affection, and good vet care.

Went to an ATA (Artists Television Access) event on Saturday and learned this bougie place is just two doors down!! 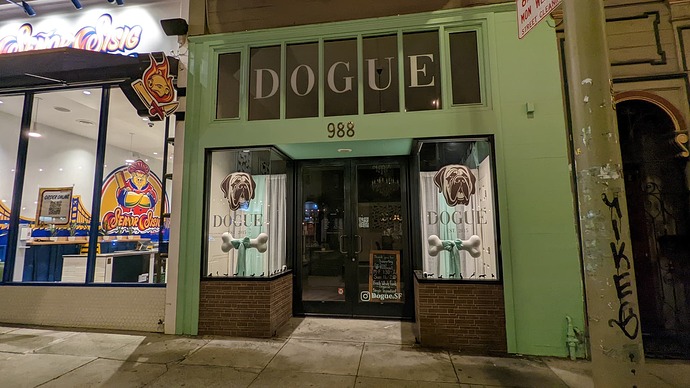 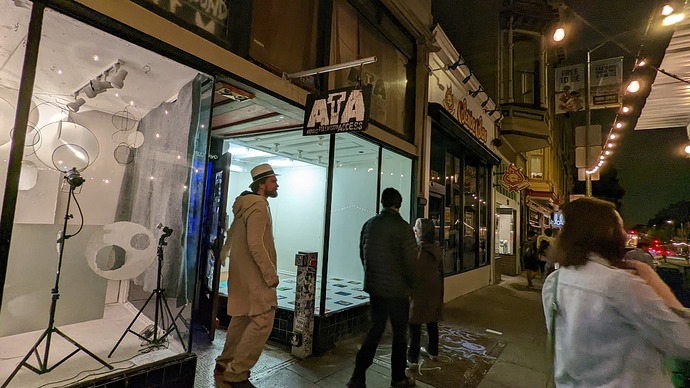 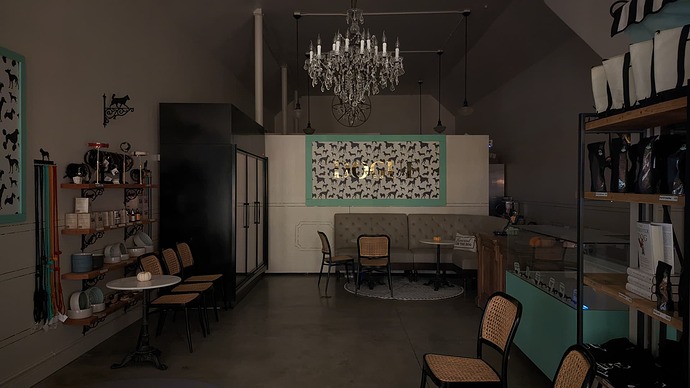