Yeah but the thing is, he’s already shown that such a come to Jesus moment just ain’t gonna happen. 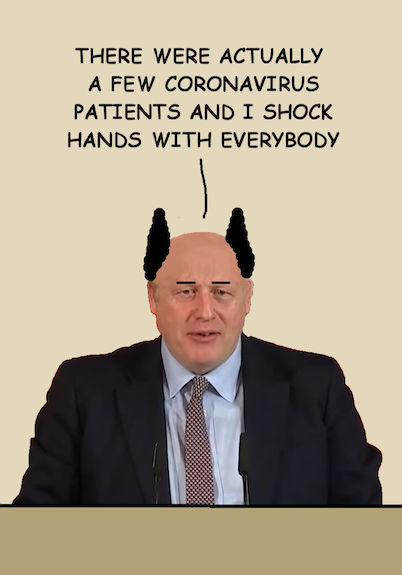 Spare us the moralizing. Johnson is a narcissist and serial liar interested only in his own self-aggrandizement. Last fall he was repeating a lie that the Conservatives were building 40 new hospitals. Let that sink in as a healthcare worker in the midst of the worst pandemic in a century. Following his sham attempt to prorogue Parliament, his own brother resigned from Cabinet and doesn’t speak to him. After bragging about shaking hands in hospital with infected patients, if Covid-19 takes him it’s cosmic justice I say. 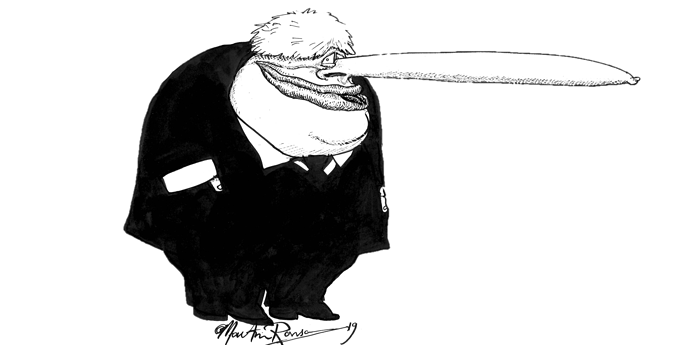 The lies, falsehoods and misrepresentations of Boris Johnson and his government.

Lies told by Boris Johnson and his government.

I’m mainly angry that his glib disregard for everyone else now will continue, by using up medical resources someone who’s less of a douche needed and now won’t get. A classless
wastrel right to the end, weather he dies or not.
Him getting the same pity and compassion back he’s shown to others all his life doesn’t make us sociopaths. More compassion, actually, than he’s shown- I’m sure he’d shove a granny down the stairs to get to the ventilator himself first.

Some people use black humor to deal with terrible events. It’s healthy.

Some people deal with terrible events by lying about them, and causing harm to others. Those people aren’t healthy, or moral for that matter.

Just because you don’t like black humor doesn’t make it a bad thing.

If Boris dies, are you really going to say Good?

I’ll make this really easy for everyone here.

Our policies explicitly call out encouraging violence or hatred, because 1) there are just as many people calling for the untimely death of your favourite politician / role model etc as the ones you hate, and 2) there is enough pain and suffering in this world to go around, we do not need to add to it here.

I’d say there’s a very good chance that if a world leader dies it will lead to uncertainty and concern for a large number of people, at a time when most of us have all the uncertainty and concern we can fit in our worry boxes to begin with. So, the same as with the coronavirus itself, it doesn’t matter if “something good might come of it”, the BBS isn’t the place to have those discussions.

Sorry, I withdraw my statements.

As a Briton I happen to think that Johnson is, in general, an appalling individual.

But I wish him all the best here, and hope he makes a quick recovery.

I know, I was just laying out what I felt was the order of outcomes from best to not-at-all-the-best for the concerned people in the thread.

I agree with this statement for what that’s worth, and anyone feel free to flag my comment above if it’s really taken that way, but I find no lost sleep in not caring about Boris, actively.

Now, if we were straight up egging on the virus, that’d be right out, of course, but we can do that privately off BBS.

I’ll never claim to be a saint folks. All I’ve got left is my sins.

Valid points. If I could clarify, I don’t hate Boris, nor do I hate even Trump. I think it is vital not to add any hatred to this world of ours, since that is quite clearly a zero-sum game. And I don’t wish death on anyone. But is it still wrong to say I would be dispassionate about his death? Wrong to say I wouldn’t mourn? Perhaps. I guess that’s more of a spiritual question. Peace.

Lot of people are assholes, but it’s above and beyond to be a champion of austerity measures that damaged the health and caused life expectancy to fall among Britain’s poorest, even before Covid. So, not really a joke, but fitting.

or he is seriously ill and it is being covered up

Sounds like the doctors want him near a ventilator…

The Guardian was told last week that Johnson was more seriously ill than either he or his officials were prepared to admit, and that he was being seen by doctors who were concerned about his breathing. 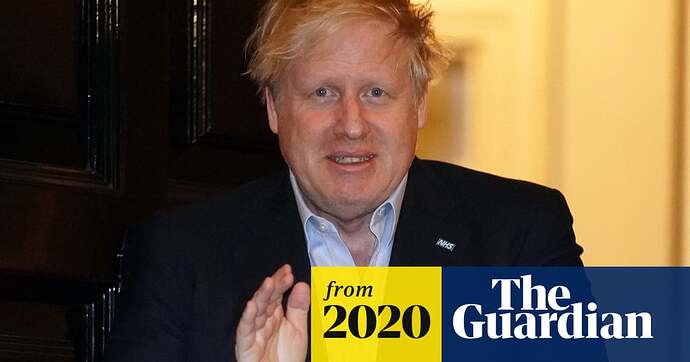 Move follows rumours that prime minister’s condition had been worsening

It’s pretty clear that he infected multiple members of his cabinet* and his partner, who is pregnant. I saw someone respond the news with something along the lines of, “he got infected in the course of trying to save us all from the virus!” and all I could think was, “Fuck no, he got infected by being a total bell-end who didn’t take the virus seriously.”

*Including his health secretary who apparently is still going around meeting with people and publicly coughing, because Christ, what a bunch of assholes.

he infected multiple members of his cabinet

While that might be true, it also might not be. Nadine Dorries, for example, had the symptoms well before Johnson. With the lack of testing and tracking it is not currently possible to say one way or the other how the infection spread.

“allowed himself to be infected by members of his cabinet” would be just as bad.

The person in the picture can’t be Boris Johnson! Look at his hair!

Given his party’s record on funding the NHS, I suspect that the tests will be novel…

I doubt he is on an open NHS ward. He’s probably in his own room in a private hospital. He’s got a notee from his Mummy saying he still has the sniffles after the weekend and he should be excused games, so he gets to lie in the San, read comics, and eye the pretty nurses, and there is always a ventilator to hand if things turn bad.

This is the man who has opted the country out of a European scheme to share ventilators, and turned down offers for a UK company that makes them so they have sold their stock abroad; so Dyson - a major Tory party donor - can step in and make them, though he has no factories in the UK any longer, and no experience. Probably, if enough safety standards are waived, he will do it and get a knighthood. Letting money and power do its own thing is the only way.

I feel he doesn’t see ordinary people as ‘real people’. He still sees the pandemic as a useful tool for social and ethnic cleansing, and can’t quite believe his bad luck in getting it too. But he will have the best care money can buy, and will probably survive. 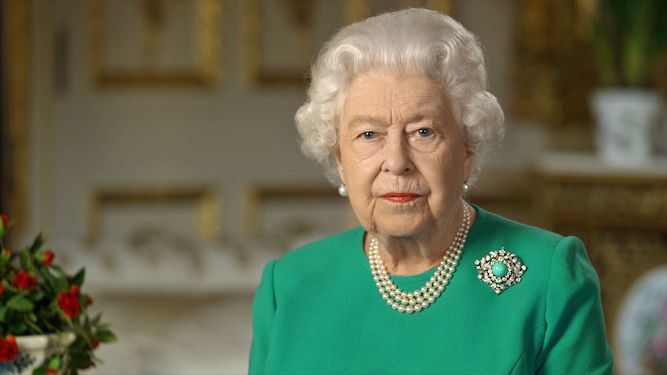 THE Queen has instructed Britain to stay indoors, sup a few cans, watch telly and keep its head down until ‘all this bollocks is over’.

St Thomas’ does have private hospital facilities (although they are not accepting private patients), I suspect if you are suffering from Covid-19 symptoms then having Johnson in the next bed chuntering away all day would be the last thing you would want.

Dyson already has a knighthood.

The pair of them are hypocrites and not deserving of our sympathies any more than anyone else.

allowed himself to be infected

I don’t think that is an option, one of my, now-quarantined, neighbours said she was taking all possible measures, strictly self-isolating, no visitors for over two weeks before she came down with a dry cough and high temperature.

I doubt he is on an open NHS ward. He’s probably in his own room in a private hospital

Aside from the fact that the best hospitals are NHS hospitals, politicians don’t like to be seen using private healthcare even at the best of times. But NHS hospitals do have private rooms, and I would guess there is a certain unacknowledged VIP capacity for celebs at St Thomas’s / St Mary’s / etc.

Personally, I’m sorry to hear he’s sick, but only because this will make people focus even more on kayfabe, moralizing and narrative instead of pragmatism, cooperation and data.