“I remember those days, son. The Culture Wars. I was on the front lines. When they came for the rainbow, we laughed it off. We should have taken them seriously when they started… changing… the candy we used to love. We’ve lost too much, and now we can never tell blonde jokes again. I pray that your generation doesn’t have to go through the same, and we can go back to the way things were, when people died of syphilis and polio.”

Congruently, there is a “Woke Breakfast Stout.” 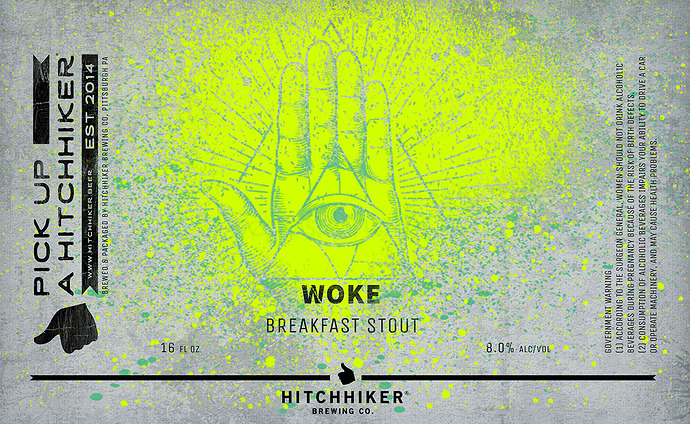 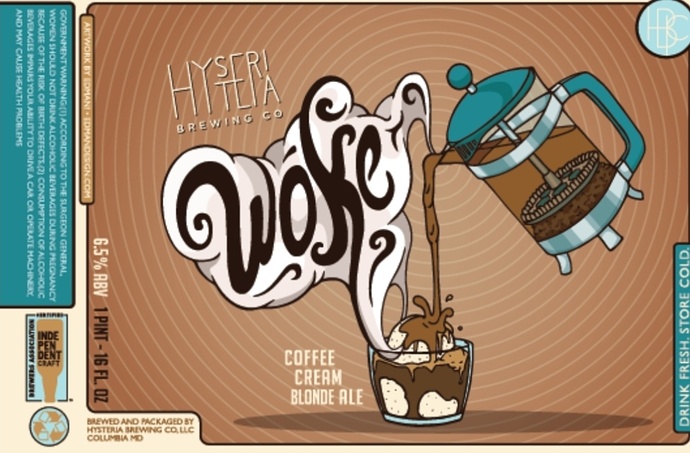 They can just open their own, more successful, coffee shop where people just stand around smashing Keurig machines to protect the honor of Fox News. Free market at work.

it’s almost as if conservatives want to police the language people use.

“I’m a Mexican,” Quiroga told the CT Insider. “I don’t know anything about what ‘woke’ means to some people.”

Make it a gun store!

This kerfuffle puts me in mind of Sinclair Lewis’ Main Street.

That got me imagining some parody of an “influencer space” like you see rented out for photo ops, but this one would have all the right wing things: shelves of Nike shoes you can buy to burn, racks of champagne to dump down the toilet, cans of A&W root beer to do whatever is being done to them, shelves of books and albums to stomp on in outrage. Everything marked up like a minibar, of course.
And the bathroom comes stocked with a black face make up kit.
I started out meaning this as an absurd joke, but I’d be kind of surprised if it doesn’t exist somewhere already.

Is that Vladimir Putin at front, centre?

“It’s disgusting to read that residents are going to refuse to support a business that is trying to grow in our awesome little town because you don’t like what they’ve named it, without even knowing anything about how they chose that name. Just stop.”

It seems pretty disgusting to me, too. But they will not “stop” because they have no actual ideas.

Well, everyone knows that women are the real root of all this pearl clutching… /s

(Granted, she’s holding garbanzos, not coffee beans in my gif.)

I live in this little town in Connecticut and it’s been a hoot.
The food there, btw, is quite good and welcome change from the only other breakfast options in town, Subway and Dunkin’.

The sad thing, is that they got a quote from one of the Republican members of the town council. He’s one of the few that didn’t get voted out last session for being too extreme (i.e. going beyond Trumpism and aligning with the 3%ers, insisting that CRT is being taught in our schools when they can barely teach math, etc). Another article on the topic has a longer quote from him:

Still, French added, “I am not a big fan of ‘woke’ whatsoever.” He said he would patronize the restaurant since the owner said she did not know the alternate meaning of the word, but French said the name will put off people with more center and center-right views who don’t have the backstory.

“It’s a shame,” he said, “but one of the things you learn not to do in business is cause controversy. In this case, ‘woke,’ I believe, will hurt them.”

This is coming from the same guy who complained about town efforts to get softball fields so the girls could actually have teams with equal ability to practice. Last summer he said, when referring to the shirt of his granddaughter who plays in the league:

The shirt kinda infuriated me a bit, because, y’know kids should be able to be kids. But on the back of the shirt it’s got “No person in the United States shall be denied on the basis of sex be excluded from participation and denied benefits”…and so on and so forth.

Literally, the guy is still fighting against title 9. Which allows his own granddaughter to play sports.

I’m from the very next town over, Storrs, a college town, home of University of Connecticut. For a college town, that sounds like a lot of intolerance, but now I read the original piece, I see the key word: Facebook. Ah, there it is. The Karenator. Outrage City. “Stop it” indeed. Dismantle it, even!

After decades of whining “Wake up, sheeple!”, “woke” is a bad word–and even worse in a caffeine store??