I don’t think that Walter White took Jesse anywhere he wasn’t prepared to go, Jesse was doing a perfectly good job of heading down a course that ended with him a stoner burger flipper somewhere. In Walter, he found a mentor who made him someone great. Yes, Jesse clearly understands that he now lives and dies at Walter’s whim, but it’s not as though he took his $5 million and moved to Hawaii. Jesse long ago accepted the cost of his decisions, and has surrendered his morality to Walter.

You must be watching a different program. Jesse has had qualms about where Walter was going from the first season. He’s been sliding downhill ever since Jane ODed; he kept seeing Gale getting shot by him whenever he played video games after the killing. Drew Sharp (the dirtbike kid) was the last straw. Jesse just isn’t the tough crystal slinger that he pretended to be in the beginning, and he’s been falling apart as Walt has become more and more callous. He certainly isn’t achieving “greatness.”

Walt’s been such a successful liar that he’s become hubristic, which would be a nice trigger for his downfall. It should be obvious to him that Jesse isn’t buying his bullshit about Mike, but he’s successfully manipulated him so often that he just can’t imagine his usual tricks failing him. Now Jesse knows just how much of a brazen liar his former partner is, and that he doesn’t have a shred of respect for him. He’ll be questioning Walt’s past behavior, especially his theatrics when confronted about Brock’s poisoning, and sooner or later he’ll figure out just how badly he’s been had in this “partnership”. Judging from the first episode, I believe Hank may not be seeking vengeance for the moment, but Jesse is a much more plausible candidate.

Which is to really say, you can’t get more opposite from Walter’s usual means of force. Poison, explosives, proxies…all that did not have him face to face with his targets. A sniper rifle would have been staying with his previous M.O. A massive assault weapon as an M60 is a bit of a different approach.

I don’t mean Jesse doesn’t have qualms, but I do think he’s written to suggest there’s a dark core already in there, which responds to, feeds off and is in turn fed by Walter.

Great? He became everything he imagined at the beginning, the baller “tough crystal slinger.” That the price he paid to get there was too high, and that the reality was tainted, is a different problem.

Just like Walter, Jesse wants to believe something about himself that isn’t true; the difference is that unlike Walter, he’s not a sociopath and can’t keep it compartmentalized.

Harken back to Season 1, when Walt and Skyler attend the party Elliott Shwartz’s mansion. Except for Walt and Skyler, everyone in attendance is wearing beige; indicating their wealth and status.

Tonight, we see Walt and Skler at the family car wash, both dressed in shades of beige.

Have Skyler bring the kids over and then we’ll talk

One season’s dvd extras (I forget which one) have a whole segment about the color symbolism. Walt wears a lot of beige and earth tones from the beginning, and it was initially to make him bland. In contrast, Hank wears bright colors.

I watched the pilot again last night in anticipation of the new season. There are some laugh out loud moments. I love this bit:

Jesse: Nothing but cows man! There’s a cow house over that way a couple miles, but other than that, nothing! Sure, let’s cook here!
Walt: Cow house?
Jesse: Where they live! You know, THE COWS!
Walt: (shakes head) Cow house… 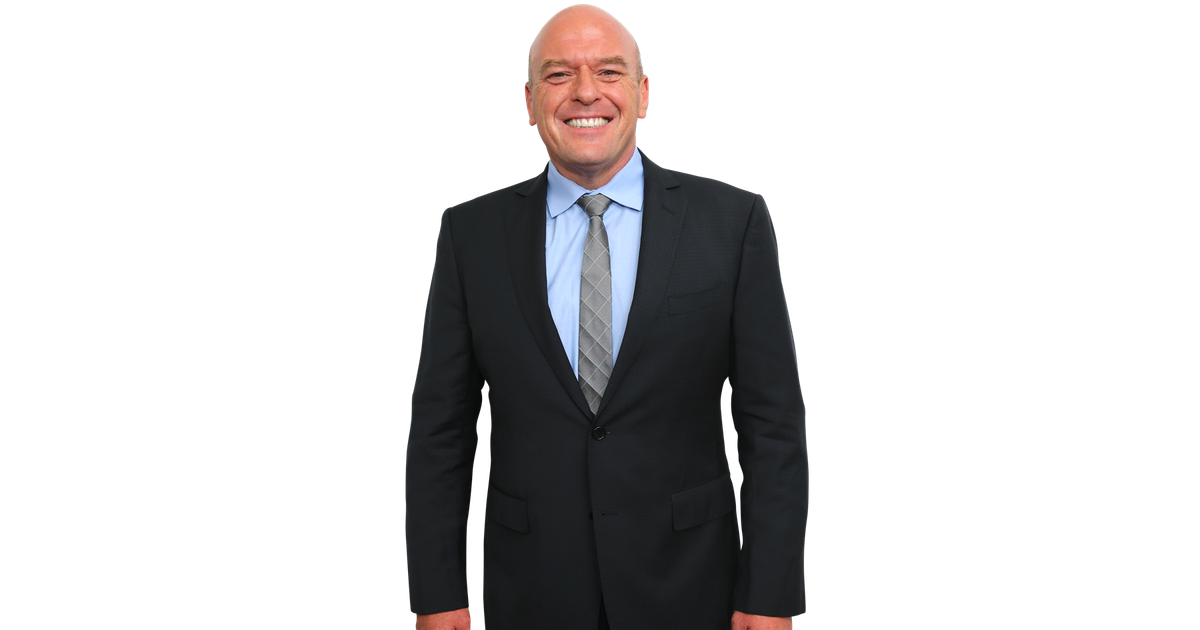 In this interview, Dean Norris discusses how the garage scene between Hank & Walt was directed. Very interesting!

I thought so too! As I was first watching it, I said out loud “that’s not going to happen” simultaneously with Walt! Kind of magical when you know the characters so well that you can anticipate their reactions…

as I was rewatching seasons 1-2: almost immediately after commenting on how everyone at the Schwartzes’ party is wearing beige as a symbol of success, Walt makes his first major drug deal with Tuco and he shows up wearing… dark beige.

My wish was for the final reveal to Hank, that Walt was Heisenberg, would be for Hank to get himself kidnapped by some other drug kingpin, then Walt shows up and rescues Hank in a shootout. So, in addition to Hank thus discovering Walt’s criminality, he is also faced with the moral dilemma of whether to arrest him or not. And hilarity ensues for the final few episodes.

That, my friend, was no sniper rifle. That there was an M60 machine gun. Holy crap, when he uses that in a future episode, it will not be pretty. There will be blood. Can’t wait!

Thanks! That was freakin’ funny!