What about Americans? There may be an influx soon.

I hope so. This putting people down due to race or creed or what they believe is getting really stupid.

I hope so. This putting people down due to race or creed or what they believe is getting really stupid.

Johnson is the Foreign Secretary. ‘Brexit Minister’ would most accurately apply to David Davis, as Secretary of State for Exiting the European Union.

It is stupid and childish. This is reason when I read about how humanity could be extinct by the end of this century, I always go “Good we are too dumb as a species to live”.

This is reason when I read about how humanity could be extinct by the end of this century, I always go “Good we are too dumb as a species to live”.

I can relate; I’ve predicted more than once that our species will be lucky to survive another century, at the rate we’re going.

What Johnson fails to appreciate is that Canada, Australia and New Zealand are very diverse countries

That would seem to be especially stupid in regards to New Zealand. Looking up the demographics it seems they’re significantly less white than than either Canada or Australia. In fact slightly less white than the US. And New Zealand’s biggest export these days seems to be awesome things the Maori get up to. At least in terms of their international image New Zealand seems to be a place that’s inordinately proud of their major non-white/native/minority population. 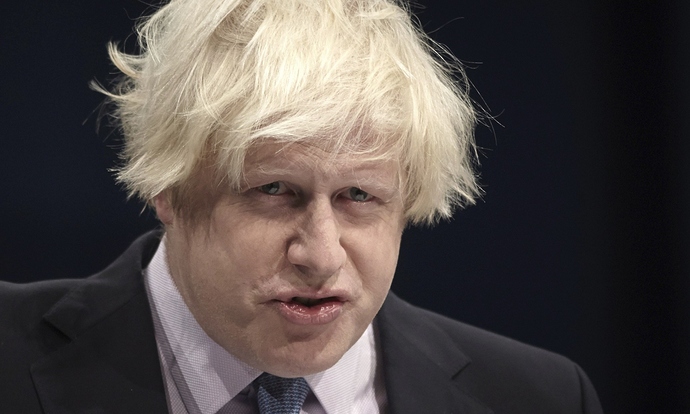 So it backfires in the sense it won’t achieve the goal of “more white people”. Except that isn’t the goal - it’s just a straw man set up in the headline (and that goal would be best served by a policy to allow more eastern Europeans in anyway). A policy that allows more people in from countries with shared cultural heritage is not racist, or uncommon, or wrong. In fact I think it’s one of the foundations of the EU’s free movement of people.

We share a monarch with these countries, it’s not unreasonable to give them a slightly slacker migration route!

Oh no. They’re the wrong kind of white.

I just wonder how long its going to take before they start bagging on the Irish again. Your go to threatening immigrants, especially in the UK, before relatively recent times.

Seeing as we’re going to be a conduit for them into the EU, and vice versa for the EU into britain, I think we’re probably safe. Though they may come to resent losing so many jobs to us I guess.

What if said beliefs are to infiltrate & destroy?

As long as they don’t translate those into violent action, then more power to 'em.

Heck, the Tea Party (which a not-insignificant percentage of the American populace seems to support) has as a stated goal that they want to elect their own people into government and starve it of funds until everything “non-essential” (read: “that will help anyone other than members of the Tea Party”) has been taken out of government hands and turned over to the free market.

So “infiltrate and destroy” seems to be a bona fide American value.

Let’s hope they are right.

Oh, I see that post disappeared even while I was replying to it.

Let’s hope they are right.

Oh, I see that post disappeared even while I was replying to it.
That pleases me.

I was debating about flagging that comment for potential hate speech; I see someone else was much more decisive about it.

(For example: I am a Canadian citizen from birth; my background is Russian, Polish, Ukrainian, Romanian and Belarusian)

White Australian here. I entered the UK a few weeks ago and the immigration officer did ask me to explain when and how I would be leaving the country. I thought what, do you think I would choose to stay here?

Well I assumed the situation on the ground couldn’t be as rosy as the international face would imply. But given that viral buzz from New Zealand is almost always “look at all these happy people doing the Haka together in one multicultural ball of awesome”, and healthy a portion of your internationally important artists, filmmakers, actors and what have are actually Maori/Pacific Islanders you seem to be doing better than most on the cultural front.

In the US we seem to get stuck on “Florida man commits atrocity” and “Matt Damon makes excuses for lack of representation”.

If that all comes with a few more Irish kids serving Lattes in London instead of Poles I don’t think it would matter.

Fuck Britain. Post the Brexit vote, if Trump does win, if there’s one place I’m definitely not running to, it’s there.