If I get near any of my cats with a broom, they just ignore me and keep typing.

A friend’s act used to do something similar. He’d pick up the cat and throw him across the room and onto the bed. The cat would run back to him so he could toss him back onto the bed.

Cats know how to have fun better than any other animal, humans included. Maybe that’s why they’re so smug.

Cats know how to have fun better than any other animal,

Within this article about a missing cat is a video showing it being thrown across a living room and landing onto a couch. The cat enjoys it! 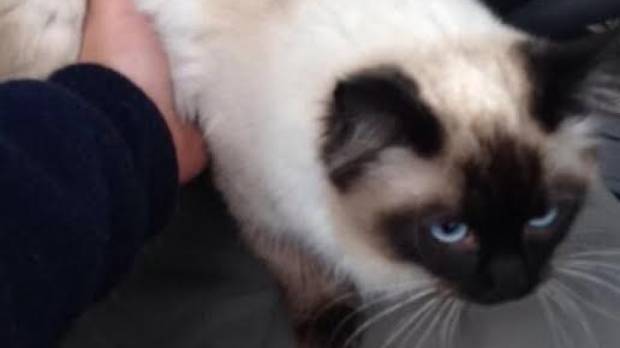 Missing Winton moggy may have hitchhiked to Queenstown

A Winton cat lover is desperate to find her missing moggy, which may have hitchhiked to Queenstown.

Luckily, there was a happy ending to this story: 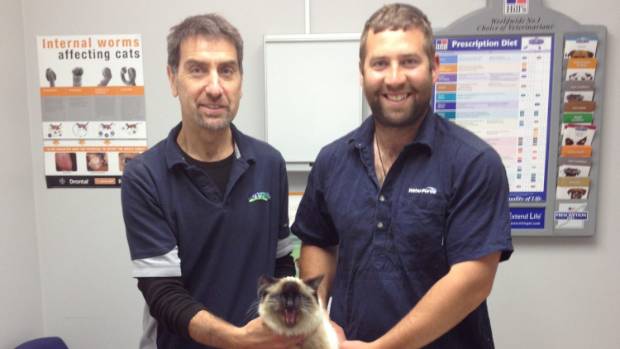 A hitchhiking cat has been found about 30km from home after he jumped from a trailer bound for Wanaka.

I had a cat who used to camp on the cool Formica top of a big metal desk I had. The trash can was next to it, and one day I tossed a ball of paper at the can and Gretel batted it away.

“Oh, thanks,” I said as I picked up the paper. Then it occurred to me to move the can closer to the paper and try again, and this time, she batted it about four inches from the can. One more trial, and we had the range. From then on, any time I started crumpling up a piece of paper, she would assume her spot on the desk. I’d move the can (she never learned to aim—never had to, I guess) and toss it, and she’d get it in there pretty much every time, no matter how many people stood watching.

Of course, no cat we’ve had since then has shown the least inclination toward batting, though Frances did take the initiative in deciding to balance on the wobbly iron rail between the living room and the stairs, so there was that.

My cat really likes those safety dart guns, particularly the darts. I have like 8 of them strewn about the living room floor right now. If he’s on her perch and i toss one at him he’ll bat them or catch them out of mid-air with one paw. And when he plays with one on the floor i’ve seen him chuck it clear across the room, i’m constantly losing them because he has an uncanny ability to toss it behind/under things.