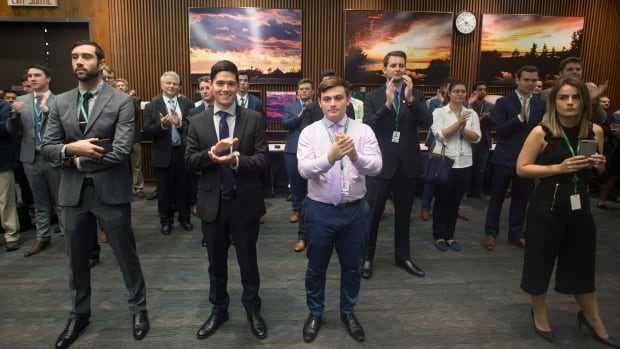 When reporters tried to ask Ontario Premier Doug Ford questions at a news conference about new funding to prevent gun violence, they were once again intentionally drowned out by applause.


They did it during the campaign, but that was on their dime or by campaign volunteers. This is by ~50 staff paid for by the province of Ontario.

Doug Ford is also continuing his ploy of a fake reporter asking fake questions and presenting it as news, also on taxpayer money.

The other element here is that as Premier Doug Ford recently unveiled something called Ontario News Now, which is a series of taxpayer funded videos, almost like it’s own channel, that pushes the government’s agenda. … How does that all fit in with what you’re describing happening in the room this morning?

Doug Ford has some media-handler people on staff who used to work for Stephen Harper, so these continuing tactics aren’t surprising.

I guess it’s time to… disrupt Ford’s clique of claquers, by surrunding them with boos whenever as much as a single one appears in a public location.

Just another day at Queen’s Park.

You know, there’s a park bench in front of the Legislative Assembly that looks like it’s perfect for providing the chamber with open WiFi…