Cal Berkeley put a crooked line on its new football field, to show it sits on the Hayward Fault

So I am guessing it is NOT in the image at the top of the article? Or am I going blind?

No, it is. Zoom in on the left side of the image. The line is very faint.

That can’t be it.

ETA - wait I think I see it. It is only on one end then? It should go through the whole field.

I looked it up - the fault runs like this

I’m simultaneously relieved that Texas isn’t the only state that will pump a quarter billion bucks into renovating a stadium built where it never should have been instead of investing in academics, and depressed that even California still worships sports-ball above actual education.

Cal Berkeley put a crooked line on its new football field, to show it sits on the Hayward Fault

I liked the fault indicator in the old memorial stadium: the giant crack in the stadium wall: 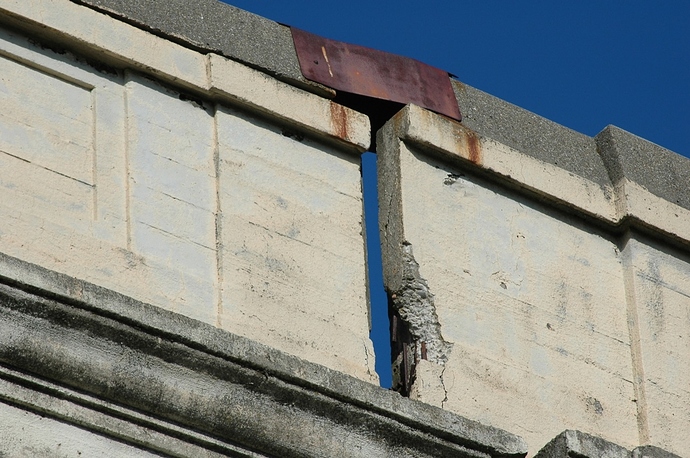 It is only on one end then? It should go through the whole field.

Yes…and the stands! “Fault Zone” seats should be a different color and cost extra.

If you look closely (zooming in) you can see it on both ends of the field, so that’s good, at least. From all the articles it sounded like a decoration that wasn’t actually on the fault line.

Well, the UC takes great pride in the fact that we differ from Texas, in that they sometimes win.

I’m guessing that there are rules about markings within the field of play that prevent them from adding this between the endzones.

I hope in 100 years the remaining humans look back and say, “Football was so stupid. Glad we don’t play it anymore.”

I hope in 100 years the remaining humans look back and say, “Football was so stupid. Glad we don’t play it anymore.”

Most humans already don’t play football. Instead they play football. If the country that worships it wasn’t living off the waning largess of the largest economic empire in history, pigskin would just be a footnote of a backwater culture no one paid attention to.

The stadium will of course make for an excellent arena for the final boss fight against whatever crawls out of the fault.

This will make for some interesting “4th and inches” calls.

“Bring out the chains!”

I was thinking it would be ironic if it split open on “Batman Cosplay day!”

Berkeley! Take control of your city!

It took me a while to see the fault lines on the overhead picture, so I’ve highlighted them for those still struggling. 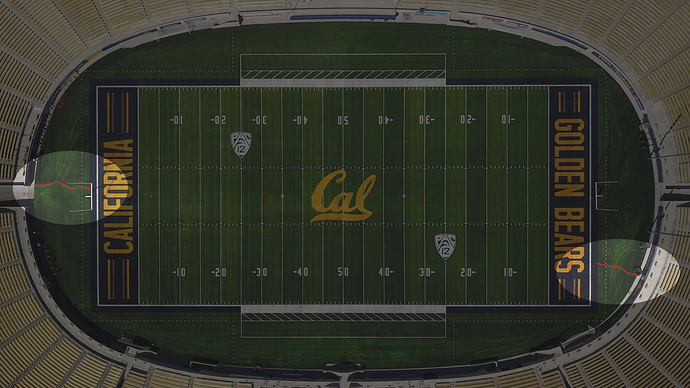 Looks anatomically correct. Geographically. Whatever it is, it looks essentially correct.