Can an axe really cut a chain in half?

So given plenty of preparation, a couple tries, a steel surface under it, and a clear airspace for a full windup, it is possible for an axe to cut a medium sized chain in half.

This is hardly ever the case in a movie - To belabor the point, when a chain is just hanging free and you whack it with the axe or sword, the chain goes down and the force distributes through all the chains instead of being knife-edge at one point. Your hit has to be strong enough to break the links rather than cut one - good luck with that. And as he showed if the chain is on wood or dirt then the surface just takes the force. Against hard rock floor would probably work, though those manacle chains are usually much larger.

It could be somewhat plausible if the chains were made of non-hardened steel and each link wasn’t welded at the gap. A good strike from a heavy sword could unbend enough of the links to compromise the chain.

Yes, I’m assuming this is a chain put on by someone who actually wanted to secure something. If it’s a hotel room door chain you can just bust through those with a body slam (done it). If it’s those linked paper ones you make for parties, no problem. But even in movies gates have what look like standard security chains - probably one made of hard candy.

I’m confident a light saber could do it. Conan doesn’t (knowingly) use magic swords, but hey, he’s Conan, he could probably bite through.

And depends on the surface under he chain.
I don’t think this guy put much thought into this video.

Well, not everyone has an intuitive grasp of physics. Some people try to lift cranes with other cranes, and then lift other stuff, for instance.

If looks galvanized, so it’s not a very high grade of chain because those grades use heat-treated alloys, and hot-dipped galvanizing makes those too brittle or too annealed. If it is was a higher grade of chain, like lifting chain, security chain, or maybe even tie-down chain for transporting equipment, I don’t think that would work.

That scene from Titanic where Rose frees a handcuffed Jack with a fire axe would have been so much more realistic if she had simply cut off his hand at the wrist.

I was completely distracted by the fact that this “homesteader” didn’t have a stump outside to do this on rather than a piece of wood that kept falling over. LOL

Would tension make much of a difference?

Given the Titanic’s unfortunate metallurgical shoddiness; it is not entirely impossible that the ship wasn’t the only hardware not really up to spec.

In that vein, I’d be curious to know whether lousy materials favor the chain or the axe more in this situation: is cutting lousy chain with a lousy axe easier than cutting good chain with a good axe? Is the relationship more complex because available technology has tacked around a bit in trading off between softness and brittleness?

My intuition would be that superior materials and fabrication techniques would favor the chain slightly more than the axe, but intuition is a lousy substitute for exhaustive destructive testing.

Given the Titanic’s unfortunate metallurgical shoddiness; it is not entirely impossible that the ship wasn’t the only hardware not really up to spec.

Those look like some high-strength steel handcuffs to me. Almost certainly harder than the metal of the pipe he was cuffed to. Even if Rose landed a direct hit with the axe wouldn’t it be more likely to dent the pipe than to bust the cuffs? 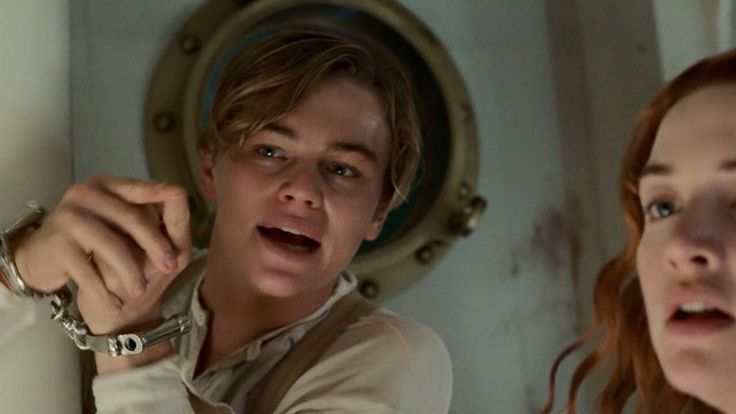 I caught one of those BOLTR videos the other day, and he was really ragging on WranglerStar and a couple others for not disclosing that (some) videos were sponsored.

Tension would keep the links in place, forcing them to absorb the blow rather than move with it.

I believe the postcondition of the axe head would be of small concern to an on-lammer.

It’s impressive, but it’s nowhere near as mighty as the TWO-HANDED GREAT SWORD.