It’s a conflict between who trump really is and what his handlers know that he needs to say.

First he says what h feels, and then later the handlers try to force him to say something presidential.

You can only keep a rabid dog calm for so long. Trump’s handlers are, in my opinion, doing what is probably heroic levels of work.

it is not failing his supporters. apparently.

Opening paragraph (“When Trump was on the campaign trail…”) is spot on.

You mean he’s NOT really a genius strategist playing a game of 4-dimensional chess?

If you want to know “Why Trump can’t quit the alt-right,” it’s “because he doesn’t want to.”

Honestly, I really wish I could understand, on a gut level, what it feels like to have a mind that works like Trump’s.

Like, I meet people from around the world on a regular basis, but mostly well-educated scientists, engineers, businessmen, and entrepeneurs. I feel I am capable of having at least a passing understanding of how their minds work, what motivates them. I have also met at least a few people from vastly different cultures, and there is a huge (but expected) understanding gap, yet the basic human emotions are all there, all the same. I have some conservative and some slightly-bigoted relatives, and I’ve met actually racist and sexist people, and I don’t understand it, but I can at least to some extent predict how behavior and reasoning and motivation follow from their beliefs.

But I really, really don’t think I can say the same about Trump. He feels alien to me in some more fundamental way. I don’t know if it would be healthy for my sanity, but if anyone has suggestions for how to narrow that gap I’d like to try.

I’ve wondered in the past whether Trump’s disconnected speeches are the product of a poorly-trained Markov network, jamming words together in their approximate order of statistical probability. Now I wonder if he’s controlled at a higher-level by a bot designed to play a tit-for-tat strategy in a kind of soundbite version of the iterated prisoner’s dilemma: if saying something divisive didn’t work last time, say something conciliatory this time. Unfortunately, the “Say something conciliatory” option happened to surface just when he was called on to talk about actual Nazis.

As the evidence mounts, it’s increasingly hard to deny what some of us have long suspected. It would be a bit of a stretch to call it an ‘artificial intelligence’, but it’s pretty clear that the current occupant of the Oval Office is most likely just some Facebook or Google intern’s summer project in machine-learning. And when it finally blue-screens fatally and begins belching smoke and sparks, remember that you read it here first. 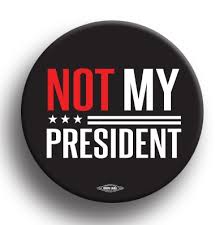 It’s not a strategy. It’s a conflict…

Being able to galvanize bigots and poor Whites who are disenfranchised to the point of toxicity was very much the strategy that got him into the white house; a vast extrapolation on the tried and true “southern strategy” that has served the republicans so well over the last several decades. 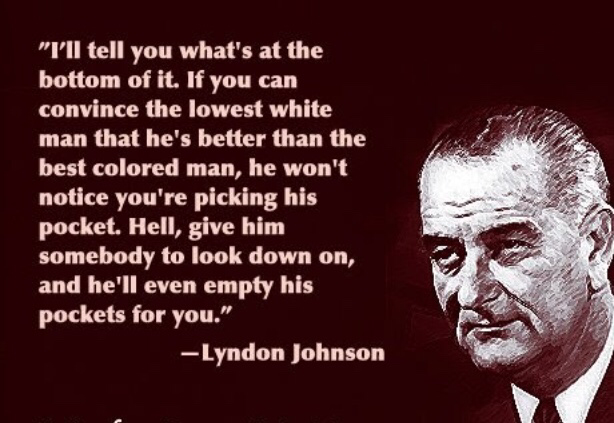 That said, it’s impossible to dictate the path of chaos, and that’s exactly what 45 is; a human embodiment of discord and turmoil. The people who backed him thought they would be able to control or at least reign in his worst behavior, and they were dead wrong.

If you want to know “Why Trump can’t quit the alt-right,” it’s “because he doesn’t want to.”

He likes it when people like him. It’s the only quality he cares about in other people. White Supremacists are basically the one group that has stood by him through thick and thin and he’s not willing to throw that away even if it means further alienating everyone else.

Reminds me of inexperienced Senator wanna-be character (played by Robert Redford) who ends up with a surprise election win in ‘The Candidate’ and asks this question:

This article is spot on. And I don’t think he does it intentionally, because that would require some intelligence and actual thought; I think he stumbled upon this strategy by accident. It seemed to work, so he continued, purely instinctively, like a dog learning that 5 pm is time for dinner. Sometimes it works; sometimes it doesn’t. And since he’s been president, he’s continued to do it, and even gotten “better” at it. The trouble is, “better” at this game means it’s getting more obvious. And being in the oval office means a lot more people are paying closer attention.

My favorite phrase in the article is “bestubbled alt-right Pope Steve Bannon.” Bestubbled! What a great word!

He’s a sociopath. He fundamentally lacks empathy. As such, he has a limited gamut of emotions, all of which only are triggered by things directly happening to him specifically.

Trump’s psychology is a waste of time to try and empathize with. It’d be about as useful as trying to empathize with a shark, or bacteria.

Essentially, trump is a giant toddler who never grew out of the “MINE” stage.

What impelled these people to stand by Trump at this moment will be a thrilling mystery for future historians to unravel.

They seem to think they are helping.

“You have no idea how much crazy stuff we kill”: The most common response centers on the urgent importance of having smart, sane people around Trump to fight his worst impulses. If they weren’t there, they say, we would have a trade war with China, massive deportations, and a government shutdown to force construction of a Southern wall.

From conversations with senior administration officials

Yeah, I came here to say it isn’t a strategy as well. This is just his instincts as the man does not seem to be capable of any deep thinking.

Essentially, trump is a giant toddler who never grew out of the “MINE” stage.

Spot on correct! Exactly what drives that imitation of a human adult…He wants what he wants when he wants it and the united knuckle draggers of America thought that might make a good leadership quality. OMG we are so fucked

I think he stumbled upon this strategy by accident.

Not by accident; he was conditioned and manipulated by Bannon, long before he ever ran for POTUS.