Just… They need to do something and stop waving this away.

After his next confession the Cardinal will be assigned a penance of at least a decade.

Holy shit. How tone deaf these people are is astounding… 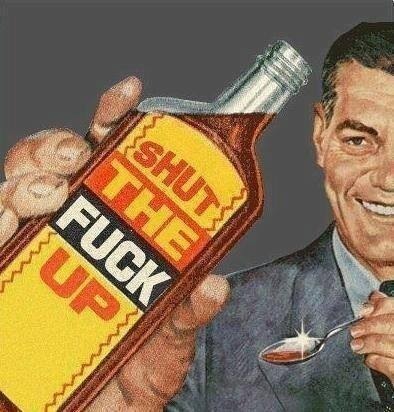 A rabbit hole is a good analogy. I’ve owned rabbits. They’ll hump anything.

Just… They need to do something and stop waving this away.

The Catholic Church responding to allegations of sexual abuse by priests:

Is it suggesting, and then denying saying it, that children with ‘homosexual tendencies’ should get psychiatric help?
No?
Fucking Pope.

This whole business has been fascinating to watch: Ratzi’s people having the gall to accuse Francis of inaction after years of doing nothing themselves, Francis stymied into silence over the letter by his own very real missteps, and now this arsehole creating more excuses for inaction. What a rotten institution.

Blaise is the guy accused by the nuncio of ignoring sexual abuse!

There are no “other things” right now. I was raised Catholic and drift between respectful agnosticism to mildly practicing, but good god, I’ll go become a respectfully agnostic to mildly practicing Greek Orthodox or something if I have to listen to this dissembling bullshit any more. I’m so very done.

There is no agenda bigger for the church than keeping the legitimacy of the Church as Parents of the flock.

Until the church can show their flock that they are good, noble and moral parents they have no legitimacy.

Why should I believe the Pope when he says that parents should put their gay kids in de-gaying “therapies” when he can’t control rampant sexual abuse among his shepherds of the most vulnerable lambs of the flock ?

the Catholic Church needs a revolution.

most of the world owes her an abject apology.