Cards Against Humanity's has a PAC to "drive Trump nuts"

But there’s still almost three months left to go, and there’s surely going to be at least one surpassingly epic moment of idiocy in that time that will deserve to be immortalized in card form. Something timeless, like Binders Full of Women or You Forgot Poland. But I guess they can always print that up later.

You know who really drives him nuts? Warren. She’s always calling him small and weak and all he can come back with is Pocohantas.

Something timeless, like Binders Full of Women or You Forgot Poland

I had to google “you forgot Poland”.

Cards Against Humanity’s has a PAC to “drive Trump nuts”

CAH’s what has a PAC? Missing a word or inappropriate possessive?

Although I’m sure there will be, possibly including the misspelling of several vegetables and/or fruits, even a “You’re no Jack Kennedy” zinger certainly won’t give us the results that we’re after, unless it’s something along the lines of some blowup rant that goes way way over the line from the perspective of his own supporters. Maybe if Hillary can make Trump explode during a debate we’ll get that result, but I have a funny feeling that such a tantrum would only further strengthen the resolve of his flag-bearers.

Worthy cause if I ever saw one.

Wow, a bunch of comments and no whinging about how horrible Cards Against Humanity it is or how awful you are if you play? I’m shocked. Clearly someone is failing their outrage job.

Why can’t I buy a pack for Gary Johnson or Jill Stein?
Just skip the middleman and vote for Trump.

Ha! Also, “We don’t want to have to do a pair of single digit printing jobs.”

They shouldn’t have to drive far.

Why can’t I buy a pack for Gary Johnson or Jill Stein?

Just skip the middleman and vote for Trump.

Brutal. Also, probably inaccurate: Gary Johnson voters are more likely to be disaffected Trump supporters, so only a Jill Stein vote is a Trump vote.

If you don’t currently live in the United States, good.

Of course Cards Against Humanity is awful; that was part of its appeal. But it’s nowhere near as awful as Trump.

If you’re in a swing state, please vote for Hillary! I’ve been voting Libertarian since 1980, except 1984 when stopping Reagan was important enough that I had to vote for Mondale (fat lot of good that did!) I’m in California, which is solidly Democrat, and some of you are in states that are too red to have a chance of Trump losing, but if you look at Nate Silver’s maps (e.g. http://projects.fivethirtyeight.com/2016-election-forecast/?ex_cid=rrpromo) and your state’s light-red or light-blue (or has a really small population, like Alaska), please vote for Hillary (or if you’re so solidly Republican that you just can’t do that, vote for Gary.) The rest of us will pick up the slack.

And if you dislike Hillary because she’s so corrupt, remember the Louisiana Duke-vs-Edwards bumper sticker - “Vote for the Crook! It’s Important!”. (And if you’re in Louisiana, Duke’s running again in a 24-way Senate race; find one popular crook and vote for them.)

Note that this would be illegal if Citizens United had gone the other way.

“Our goal is to drive Trump nuts…”

Delighted you intend to conserve fuel. 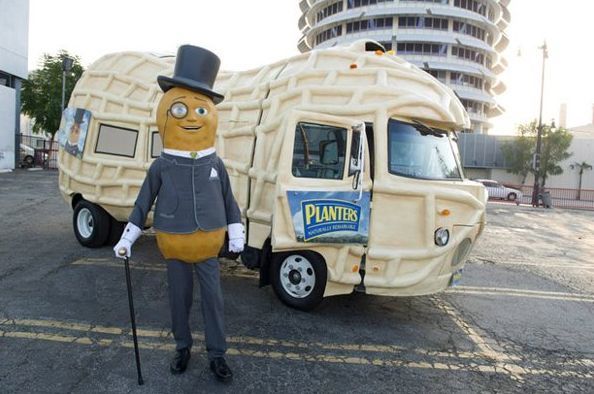 Oh wait, that’s not what we’re talking about…

Wow, a bunch of comments and no whinging about how horrible Cards Against Humanity it is or how awful you are if you play? I’m shocked. Clearly someone is failing their outrage job.

Ahem…Cards Against Humanity is horrible. You are awful if you play it. You’re what’s wrong with the world, not all the people doing actual harm to others and the world, you, Jesus cries when you play CAH. You most definitely should never play the even more fucked up CAH set my friend and I wrote over a bottle of scotch.

Did I get bingo?

You forgot “you forgot Poland”?