Fixed a couple of typos there.

“Canada’s Conservative Party is the best choice for Canada at this time, and it has sound policies, and it will be fantastic for Canada if they are elected.”

I always love the political season.

Just to add, to get in front of the inevitable comments, I said “at this time.” For example, I am not an American and certainly do not support most of the Democratic Party philosophy but I think Elizabeth Warren is the best choice for the USA at this time and I would vote for her if I could. I find that no political party has all the answers but you have to choose who you think is best for the current time period.

We’ve been here before.

CBC Seeks Takedown of Conservative Ad, Claims "No One" Can Re-Use Its News...

Last week, the Conservative party posted an offensive advertisement on YouTube and Facebook titled Justin Trudeau on ISIS. The ad starts with ISIS music and images of prisoners about be drowned or beheaded before running short edited clips from a 13...

eta: And before, and before…

A look at the record reveals a world of blunder

the use of copyright to suppress political speech in an election season is incredibly troubling and antidemocratic.

That said, any use of copyright to reduce the publics’ exposure to Nickelback is a good thing.

May 08, 2014. A different slant on it: no lawsuit, but broadcasters will refuse to air adverts containing their material. (I’m not sure that they can do that during the election period.) 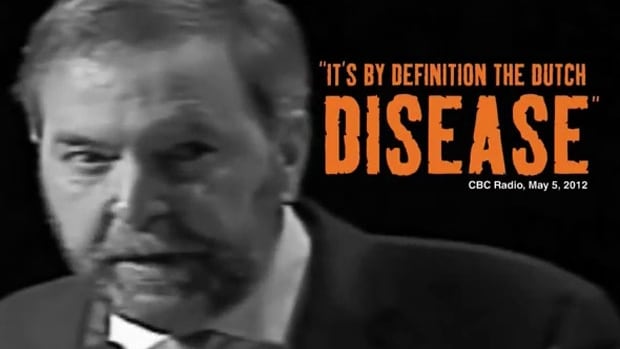 In a letter sent to political parties today, representatives from CBC, Radio Canada, CTV, Rogers, and Shaw - which owns Global Television - said they would no longer air political advertisements that include material taken from their airwaves without...

"Canada’s Conservative Party is terrible, and it has terrible policies, and it will be terrible for Canada if they are elected."
This is hardly news. The Conservative Party has been screwing up Canada for as long as I’ve been alive, and probably longer than that. They continuously have Prime Ministers that have deep personal grudges that they foist on the public (Diefenbaker’s spiteful destruction of the AVRO Arrow project and remaining airframes, Harper’s ardent, fraudulent BS campaign against drug harm reduction programmes etc.) and forget about their constituents but remember their donors and cronies.
PS. I’ve already voted in an advance poll - not for a Conservative.

I put a break between the Progressive Conservative and Conservative parties. There are some key changes that make them quite different.

I’ve lost track of the various names the same crew of bandits have used; they might as well have called themselves the Wild Rose Party during the Harper years. They aren’t really that different. It’s the same type of opportunists that have always run under the conservative banner for at least 70 years.

Given that CPC just released their full platform ten days before the election, that is yesterday, I’d be very surprised if you’ve gone through it as of your comment…

Carbonman is right. 100%. Canada’s Conservatives are fucking awful, even if you throw “Progressive” in front of the name.

The Progressive Conservatives in Manitoba have completely gutted healthcare by shutting down multiple ER’s and causing hundreds of doctors and nurses to leave the province leaving a huge shortage of each, plan to privatize hydro, privatize public auto insurance, refuse to do anything about the meth crisis in Winnipeg (tent cities everywhere, HIV rates rising exponentially, same with syphilis and folks experiencing meth psychosis all over downtown and surrounding communities), refused to do anything about the opioid epidemic in Manitoba (a young woman just died by overdose at the CAO of Brandon’s house), have used the term “race war” when discussing indigenous hunting rights, call people who celebrate Halloween “infidels”, the Premiere spends 4 months out of the year at his private mansion in Costa Rica, and the Health Minister attends public anti-abortion rallies and makes speeches about being anti-choice. Their federal party is the Conservative Party of Canada, exact same logo, exact same party. Andrew Scheer, the leader of PCs, just announced he is anti-abortion, that he wants to increase the number of years it takes to become a Canadian citizen, slow the flow of immigration and refugees (it’s really fucking hard to immigrate or come as a refugee to Canada, despite popular belief), and wants to give tax credits to the most wealthy. The list goes on. The Conservatives are a bad, bad party. Their only redeeming quality is they didn’t buy a pipeline like Justin did, even though they totally would have bought 2 of them.

Their only redeeming quality is they didn’t buy a pipeline like Justin did,

No, they bought Phoenix instead. A product that had already proven to be a failure, but why do due diligence, right? Millions in taxpayer dollars for something that didn’t work from the get-go, millions more having to be spent in failed attempts to fix it, people’s lives ruined because their paycheques didn’t show up for months on end (plus people underpaid, screwed over coming off and going on leave)…

Let’s also not forget the refusal to allow taxpayer funded science to be published unless it backed up government ideology (no climate change allowed!), a push to expand police powers, including warrantless searches and surveillance… and all that was just under Harper. Scheer is worse. The only thing I can say for him is that he’s not Maxime Bernier.

Let’s also not forget the refusal to allow taxpayer funded science to be published unless it backed up government ideology (no climate change allowed!), a push to expand police powers, including warrantless searches and surveillance… and all that was just under Harper. Scheer is worse . The only thing I can say for him is that he’s not Maxime Bernier.

Harper, Serial Abuser of Power: The Evidence Compiled | The Tyee

The Tyee's full, updated list of 70 Harper government assaults on democracy and the law.