This is a fabulous insight into insane people! 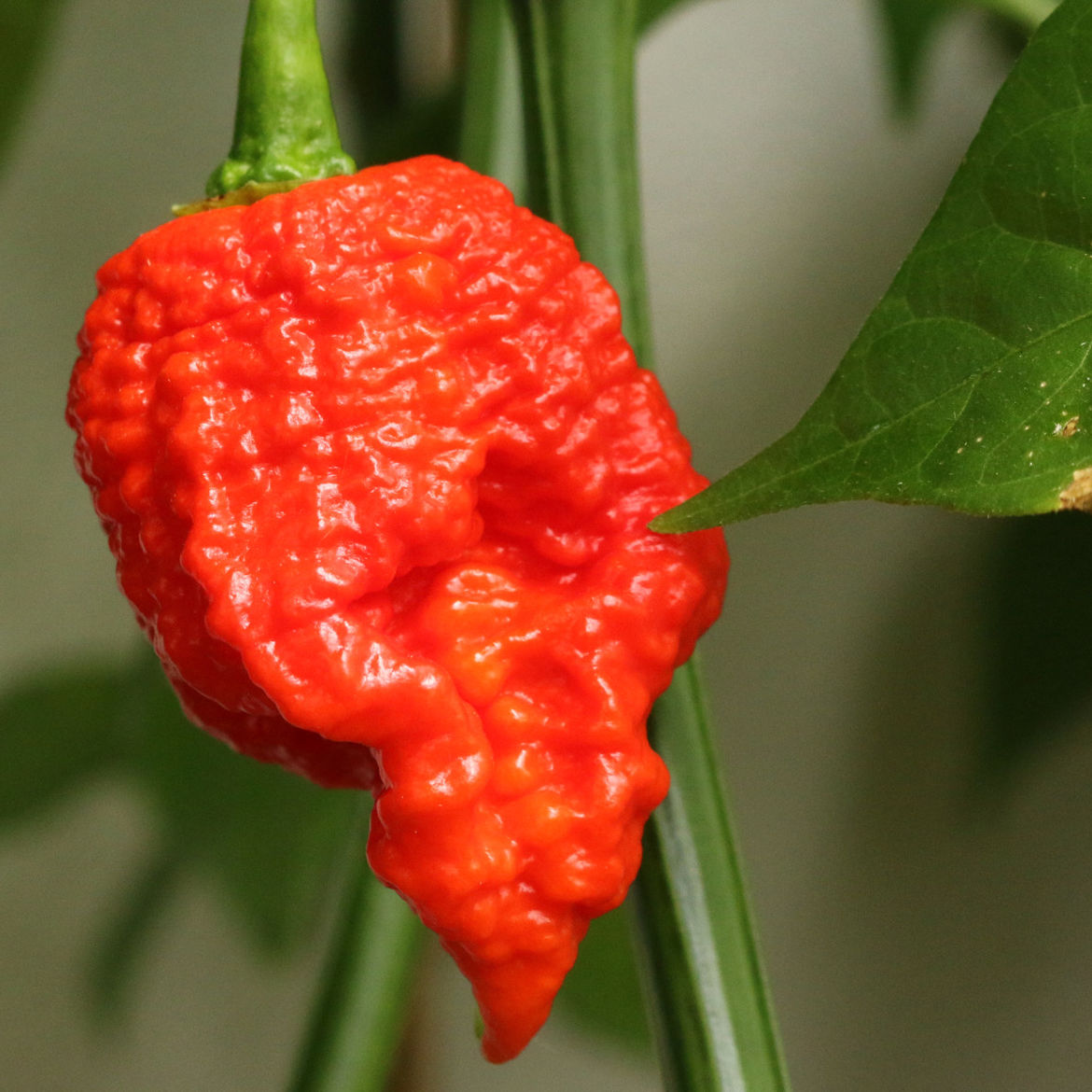 inteesting article. i’m level 3. the first time i tried a ghost pepper i ate one raw in 5 separate bites. i was getting the flavor of it so i would know how to cook with it. i also waited until the heat started to diminish so i would know how long it lingered. in this case about 15 minutes. i knew that it would not suit my tastes in tex-mex cooking but that it would make a good addition to my chinese and indian dishes. i have also incorporated it into a barbecue sauce for beef and pork as well as infusing it into chex mix. i was less impressed with the scorpion pepper both in raw flavor and culinary potential but i might try it in a spicy sweet and sour chicken if i come across some again.

We grew scorpion for the first time this year, but haven’t done anything with them yet. Just stuck 'em in the freezer. What flavors did you get out of them?

I’m likely a high level 2, bordering on 3. My absolute favorite pepper is scotch bonnet. I find the heat somewhat pleasant and the flavor very citrus-y. Like somewhere between orange and lime.

on the front end i got a taste like a sweet red pepper. there was also a peculiar delayed reaction with the heat, it seemed to take 4 or 5 seconds between the bite and the heat. on the back end there was a peculiar citrusy sour note that seemed odd. the heat did not seem to linger as long as with a ghost pepper. something with a sweet and savory element seemed like the best culinary use for it which is why i mentioned sweet and sour chicken.

Dave’s Insanity, the sauce mentioned in the article, is quite good.

I love the superhot sauces, i even have some purecap, though I use that for adding heat rather then blasting things.

Yeah, I get it, conceptually, that people seek extreme “I’m going to die” sensations as a way to paradoxically feel more alive or whatever.

I’ll be over there in the “normal food-grade peppers” aisle with the other boring people if you need me.

I’m gonna get booed for this, but my favorite pepper of all time is… The pasilla! Those with some heat from a habanero is the perfect balance of flavor and spicy.

I’m a borderline 3, although that is mostly because a lot of the superhots don’t taste very good and my attempts at growing carolina reapers haven’t worked out so far.

I don’t think this has been a good year for growing chillies in the UK.

i think there are at least two kinds of fans of the superhots–on one side you have what i call the “spice jerks,” the kind of folks that really are just about the buzz, the bragging rights, and the sneering at people who don’t like the heat. on my side of the divide you have folks that are invested in finding a true culinary use for the peppers which makes good use of the flavors of the pepper. my ghost pepper chex mix and my ghost pepper barbecue sauce have been popular with people who would barely classify themselves as a 2 much less a three. don’t get me wrong, i love the heat but i’m really all about the flavor.

as a texan with years of tex-mex cooking the jalapeno and the serrano are my workhorse peppers. the thing about jalapenos is that there is a lot of variability in the heat. the hottest pepper i have ever eaten was a jalapeno that was laid on a skillet of fajitas as a garnish at a mexican restaurant. i decided to take a bite of the raw pepper just as a way of refreshing my tastebuds after all the umami of the meat and the caramelization of onions and pepper. that thing lit me up so bad i was almost sick. my older son noticed my misery and thought i was being overdramatic so he took a bite and immediately joined my misery. i’ve eaten raw ghost peppers and scorpion chilis and nothing i’ve ever had was as hot as that jalapeno.

I’ve found most peppers seem to have a wide range of heat, I’m sure there’s something to how they are grown, where, how much water, what’s in the soil, etc., but jalpenos are probably the most variable.

I’ll be over there in the “normal food-grade peppers” aisle with the other boring people if you need me.

Frankly, I got into eating hot food as preparation for a trip to Thailand, and find it useful for living now in the Southwest: let’s me eat whatever food is on offer. It’s definitely true, though, that the whole pepper thing is about 2% flavor and 98% endorphin rush. However, I wouldn’t knock the two other effects: 1) cooling in hot weather by overstimulating your sweat glands and 2) I can’t not believe that they don’t have a deworming/andtibacterial component.

I just don’t care for the flavor of jalapeños. They have great thick flesh, but I just don’t think they are that interesting. Highly burnt and with cheese, sure, but a pasilla prepared the same way still tastes better.

The thing I don’t like about pasillas is you have to skin them with heat. Thicker fleshed peppers I’ll just use a potato peeler on

With you on the Scotch Bonnet - great all-rounder! But habaneros - oh the flavour!

Fun, except when aphids attack, and much, much tastier than shop-bought!

The one that showed me my levels was a chocolate habanero. I ate it raw, felt like swallowing molten metal (proper heat rules means thoroughly chew for at least a minute, then swallow, and no further intake of anything for five minutes!)

When I saw my digestive tract glowing through my shirt, I downed a quart of milk. That did the trick.

i’ve eaten raw ghost peppers and scorpion chilis and nothing i’ve ever had was as hot as that jalapeno.

It sound’s like a cross breed. It’s a shame that you couldn’t have got the seeds and tried to grow them, selecting for the chillis that were still hot. I think seven generations is considered to be enough.

The holy cows. I shall be a happy Level 2 for life!

This topic was automatically closed after 500 days. New replies are no longer allowed.