More food-wasting, attention-seeking edginess with other (probably lower paid and non-waxwork) people cleaning up the mess. That’ll show TPTB and alert the public to the climate emergency!

I’ve said it in the other Topics about these clowns: a just cause deserves competent activists.

I’ve already filed these idiots in the same place I put PETA: circular file. I’ll automatically discount anything they say without confirmation from a different source.

What happened to the superglue’ing of one hand to something step? (always wanted the resolution of that state included for stupid reasons. “Well we just grabbed their elbows and pulled, didn’t we?”) 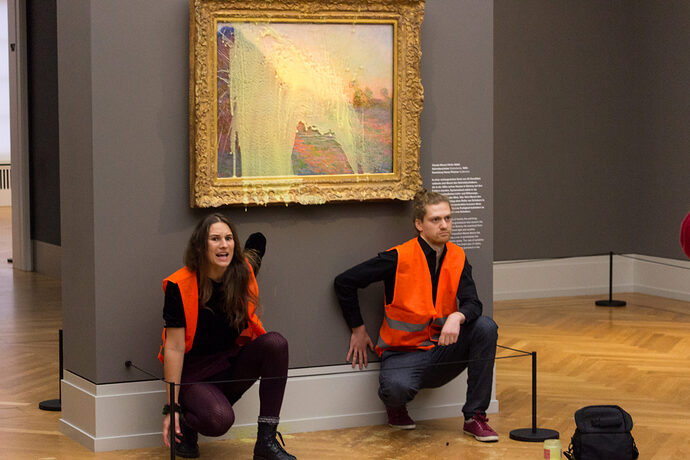 What happened to the superglue’ing of one hand to something step?

From what I read about the last action in Germany, the authorities have figured out how to detach them instantly without any pain or harm. So no more martyrdom on that basis. On the plus side, they can spend that donated cryptocurrency on other protest materials. For any pyramid-scheming and carbon-wasting Libertarian crypto-bros, here’s how to give (from the “you can’t make this stuff up” file): 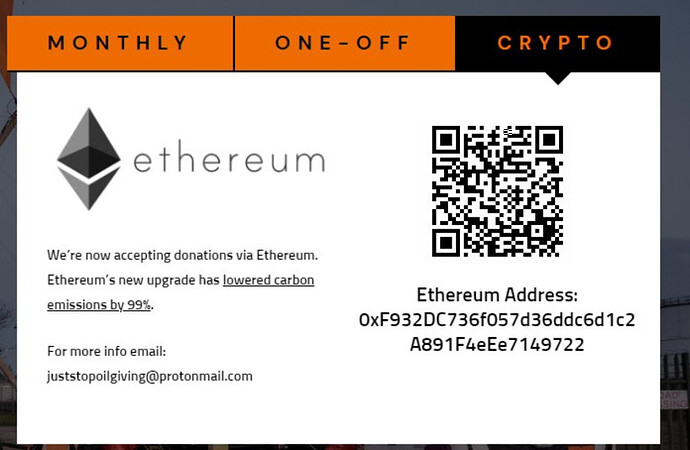 It seems like the cakes were store-bought, given the square pieces of cardboard they were attached to.

Given the royal context I think we need a professional appraiser to weigh in, just to be sure: 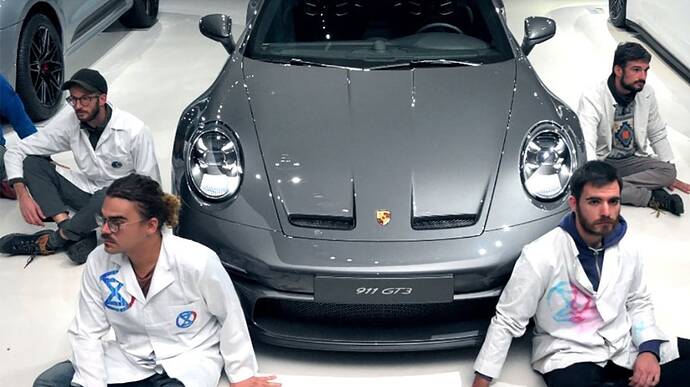 Climate protesters glue themselves to Porsche museum but needed to go potty -...

Chocolate cake? They should have used a very pale, flavorless, watery custard.

When’s someone going to go after a Jackson Pollock painting and challenge people to spot the difference? And expose the nuttiness beyond the “fine art” market? Actually hit some unsavory folks in their wallets, maybe? 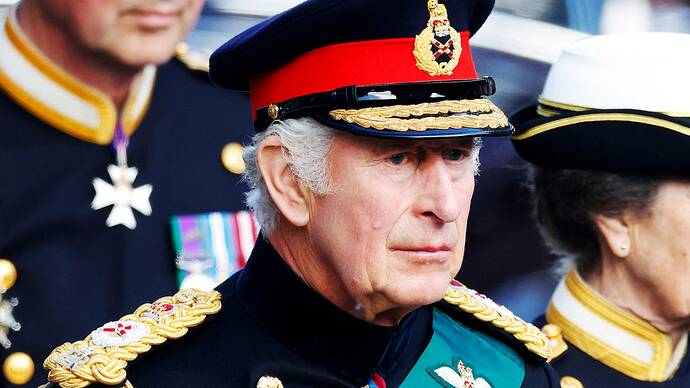 What Charles the ‘Activist King’ Means for the Climate

With a long record of environmental campaigning as the Prince of Wales, how will King Charles III’s accession to the throne translate to public policies?

Yeah, that’s literally all that’s going on here. Obviously the actual king (ironically the one member of royalty/current UK governance who has long campaigned about the issue) and everyone relevant isn’t remotely impacted by this, only Madame Tussaud’s employees are. It serves solely as a meaningless stunt that draws attention to the protesters, and, only by extension, to whatever they’re protesting (assuming they communicate that properly and it gets reported accurately). That being the case, it doesn’t matter what the actual act itself is, so it might as well be something meaningful that impacts those who are relevant to the protest, but I guess that’s too difficult…

This is so much dumber than the soup painting protest - they didn’t damage the painting, the museum was funded by the oil industry, and they could say, “Oh, you care more about a painting than the entire ecosystem…” It’s like they saw that protest and jumped to all the wrong conclusions.

They sure are getting around lately. Good for them. So far, none of these protests seem designed to really do much harm, and they all are gaining attention. Just wish they could find a way to make it about oil itself.

Yeah, this is entirely unsurprising. Everything this group does screams “not willing to face real consequences.”

EDIT: I guess this is a different group than the stop oil folks. They appear to be basically exactly the same thing, so I don’t feel bad about it, though.

Everything this group does screams “not willing to face real consequences.” 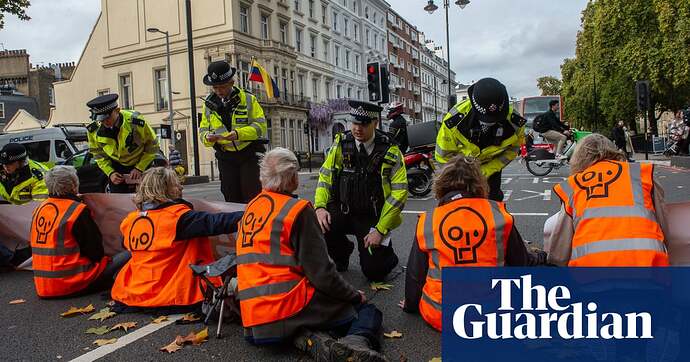 In some timelines, but by no means all, the british death penalty would not be real.

the museum was funded by the oil industry

That sponsorship, by Shell, ended almost 4 years to the day before the soup incident. Credit Suisse, which is a current sponsor, has additional issues associated with its business.

At least this time they didn’t attack anything of value or beauty.

Truss stopped him going, which is why Just Stop Oil targeted his waxwork.

Truss is no longer PM. He is meeting Sunak today (on another matter), there would still be an opportunity to u-turn on Truss’ decision, another u-turn wouldn’t make any difference. 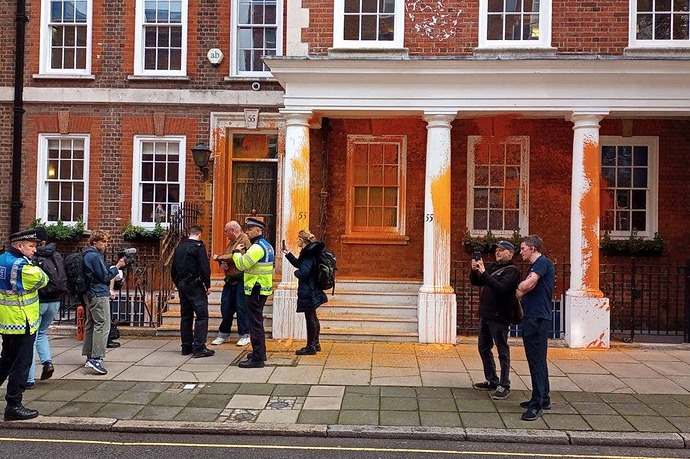 Two protesters sprayed orange paint across the facade of 55 Tufton Street in Westminster at around 11am on Tuesday. 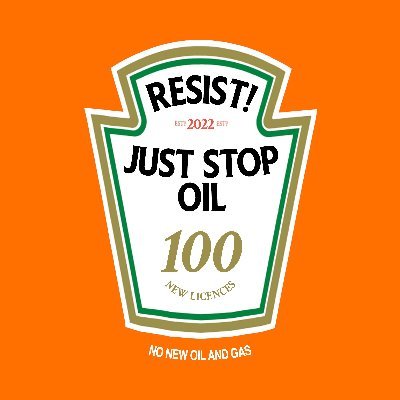