Someone should tell him that it is working an intended and is a feature, not a bug.

And apparently HOV lanes are precisely for people with mannequins in the passenger seat.

No, Mr Grayling, journalism is precisely how 60-going-on-70 million people understand how their government is making decisions, as is blogging, bickering on forums, and talking politics down the pub. As a public servant, You don’t get to decide that one or two of these is unacceptable, any more than you get to decide that talking about the government’s mistakes down the pub is unacceptable. Christ, why do I even have to explain this?

“It is, on occasion, misused by those who use it as, effectively, a research tool to generate stories for the media, and that is not acceptable. It is a legitimate and important tool for those who want to understand why and how governments make decisions, and this government does not intend to change that.”

The Freedom of Information act isn’t for journalism, it’s for “those who want to understand why and how government is taking decisions.”

Translation: Fuck you, I do what I want.

Those such as the media.

It is, on occasion, misused by those who use it as, effectively, a research tool to generate stories for the media

Stories about how and why the government makes decisions.

His argument fails to meet some basic standards for even being an argument and yet there does not appear to be any way to address this fact to him. British democracy is nothing but a cheap trick and it always has been.

“Christ, what an asshole.”
careful Cory, you really don’t want to upset Jesus like that - he’s one Almighty troll

It is a moderately creative adaptation of an incomprehensibly slimy position, I will give him that much.

In the US we usually see it in civil litigation: somebody or other is always trying to argue that theirs is not a legitimate case for ‘class action’ and that the interests of justice are best served by each individual litigant fighting a hopelessly lopsided battle with a vastly superior force one at a time.

This appears to be essentially the same thing; but for government. Of course everyone understands the details of how the myriad tendrils of the British state work; so freedom on information requests are really just there to help fill in a couple of details for the interested! Asshole knows full well that even a full-time governancer like him probably has only an modest understanding of how the bits fit together; and that any freedom of information mechanism that can’t be used collectively and by journalists is effectively worse than useless.

He really ought to tie that puffy white thing around his neck a bit tighter tomorrow, in the public interest and all.

The eyes and smile of a poorly worked puppet. The thing in there pulling the strings must feel very sickly.

I realise the choice of image is mere hyperbole intended to ridicule Grayling, but that outfit is the ceremonial costume of the Lord Chancellor, Grayling’s role in the previous Government.

Please Cory, arsehole not asshole when refering to british politicians.

May I interest you in a Timecube?

It was the only image @doctorow received from his FoI request, sooo…

Pretty much the title of this thread I think describes most of the current government.

I can only quote; “The eyes move, the mouth moves but Mr brain has long since departed”.

Entirely and completely unrelated to the story, this image popped up unexpectedly in the midst of a Google Image search.
Sans caption, as seen here.
I thought: “Hm, that looks like a New Yorker cartoon… Now what was that thing they said about New Yorker cartoons? …” 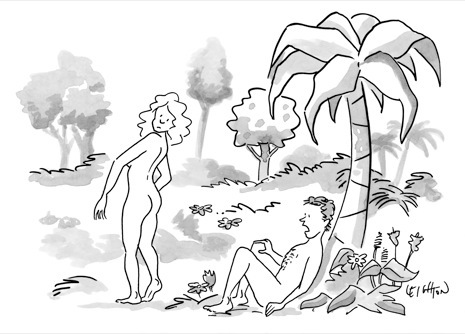 The real caption is, predictably, a huge let-down. 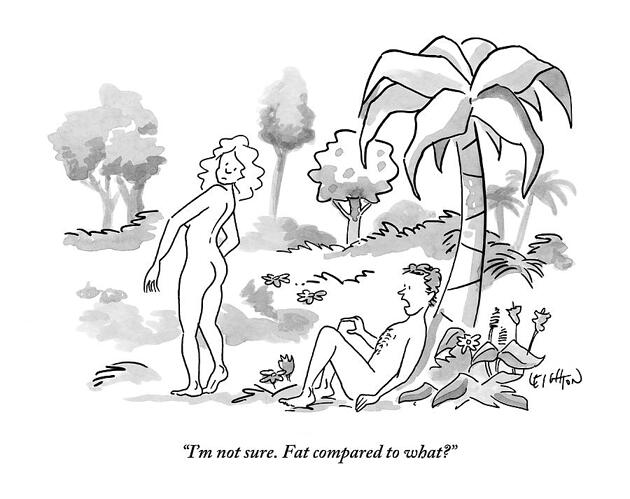 Adam And Eve In The Garden Of Eden by Robert Leighton

The real caption is, predictably, a huge let-down.

“Hello, I’d like to add you to my professional network on LinkedIn.”