show of hands – did anyone not see this coming?

This is a good time to remember that our Constitution provides a process for impeaching a sitting SCOTUS judge.

One fascist arselicker covering for another. “Independent judiciary” my arse. 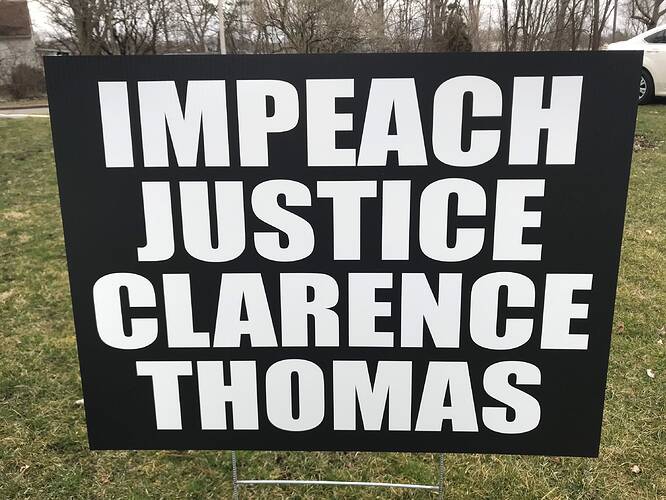 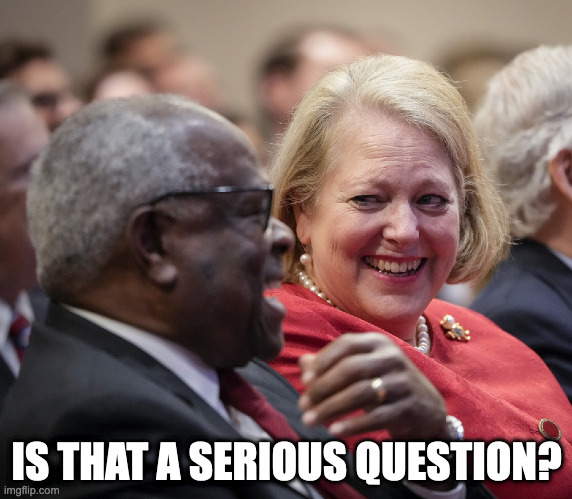 Something wrong about a Constitutional clause that is designed to protect legislatures from lying, cheating and worse.

That’s not what it does, though. Thomas is grossly misapplying it - as the 11th Circuit clearly stated in their ruling, that Thomas put a stay on.

Big surprise. Bought and paid for.

It still has to go before the full court. I wonder how far they’re willing to go.

Happy that Thomas removed all doubt as to how deep he was involved in the J6, these Supremes think they are untouchable…

Nothing to prove otherwise at this point. 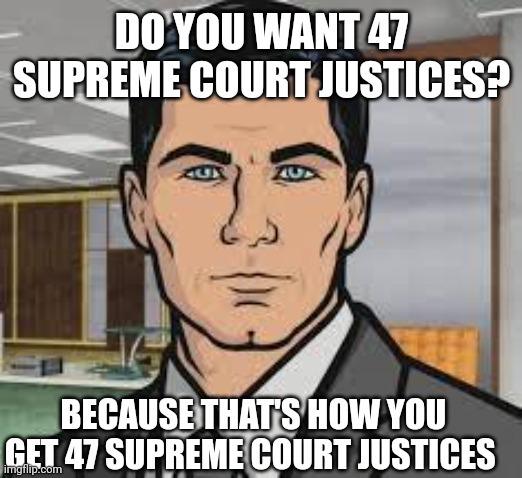 GOP cashing in forever on pulling CT’s chestnuts out of the fire. Never deal with GOP loan sharks.

Even while breaking their oaths, ignoring precedent, and lying during confirmations, they seem to have forgotten that others out there can also rationalize misconducts… and with actual justifications. They are not untouchable.

our Constitution provides a process for impeaching a sitting SCOTUS judge 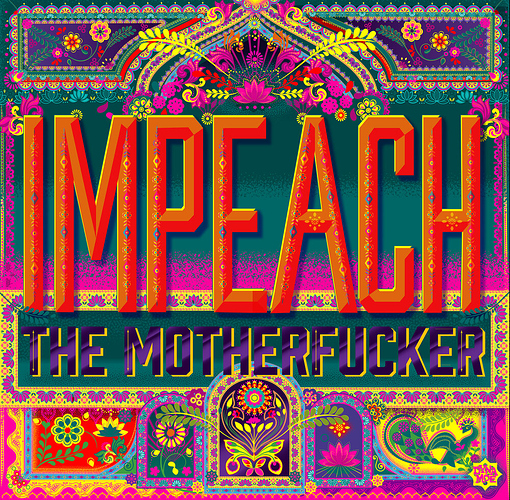 Thomas not recusing himself from any cases involving the Big Lie is inexcusable and gives the appearance of a conflict of interest every time it arises.

BUT, and it’s a real but, temporary stays like this are pretty routine and not predictive of how the full court will rule.

He shouldn’t be wasting the court’s time with a review that has zero merit on the face. He [Graham] was calling on behalf of Trump, which is clearly outside his congressional duties.

I fail to see what is out of the ordinary here. It is relatively routine for the Circuit Justice to issue a temporary stay like this if they feel it is something the whole court should make the decision on. It is also fairly common for the court, as a whole, to take a pass on these emergency appeals as well.

But if the whole court takes a pass does the stay get lifted?