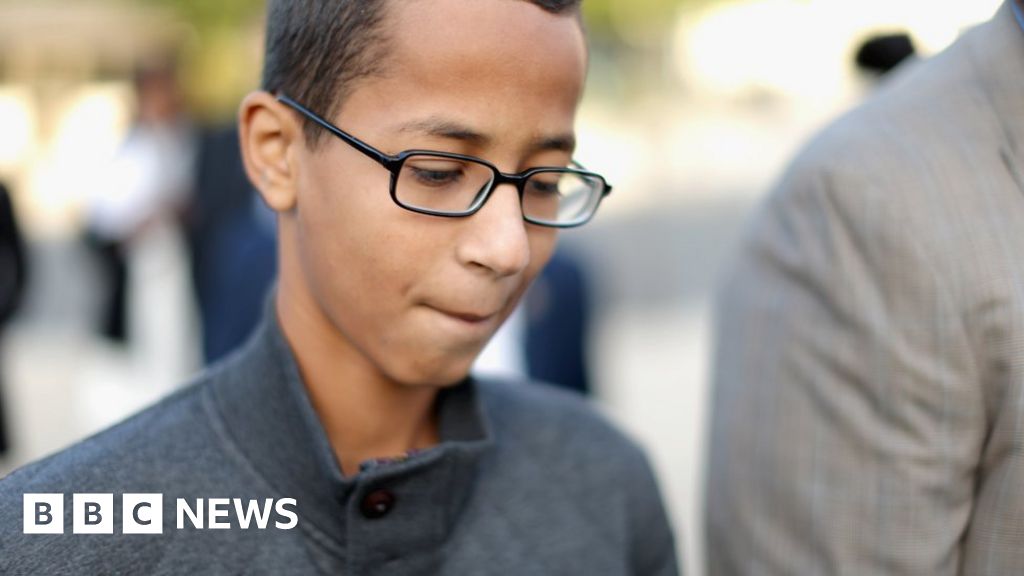 US 'clock boy' to move to Qatar

Ahmed Mohamed, the Muslim teenager from Texas whose teacher mistook his homemade clock for a bomb, will move with his family to Qatar.

He met Obama. Now he’s off.

Interesting twist to the whole affair.

Well done, Texas. One of the brighter minds in the country is emigrating. Good job. Applause all round. No I’m not being sarcastic. Yes I am. No I’m not. Yes I am.

Brain drain who what?

Ask only that you remember that 25 million+ people are not a monolithic ideology.

But yeah, that’s pretty fucked up. I mean, I have nothing personal again Qatar - it’s a solid nation with no more aggregate backwardness than Tejas (theirs is different, but perhaps not greater, and I see no value in comparing oppression anyways) as far as I can tell - but this is our loss. All that said, I hope he follows his heart and finds a way to better the world. I love Texas and 'Murica (the Peoples, not the fucked up government), but I love Humanity even more. As long as he listens to his conscience and works for a better planet, I’m happy for him wherever he calls home.

One of the brighter minds in the country is emigrating

It’s a bit of a leap to describe a kid who reconstructed a digital clock as “one of the brighter minds in the country”, isn’t it? And frankly, if me and my family had encountered the things he had in Texas – which I’m sure haven’t gotten better now that they’re famous – I’d take Qatar up on their generous offer, too.

I stand firm that he’s a bright spark. Dummies don’t do that stuff!

Publicity coup for Qatar. It doesn’t put the whole USA to shame, but the whole episode is massively symptomatic of underlying issues.

Brain drain who what?

Not to mention the casual racism with which Master Mohamed was discussed. And out of curiosity, I wonder if Mohamed’s visit to the White House will be a boon or a boat anchor for him and his family in Qatar.

In the meantime, my nano-desigining PhD-toting cousin whose microchip showed up on X-Files has taken a job moving him from Taxachusetts to TexaWUT?. At least it’s in Austin, which is like a city-sized enclave of some other, non-Texan state.

moving him from Taxachusetts to TexaWUT

That is as nature intended…
Follows the law of conservation of consonants.
The quantity of consonants in the English language is constant. If omitted in one place, they turn up in another. When a Bostonia “pahks” his “cah”, the lost r’s migrate southwest, causing a Texan to “warsh” his car and invest in “erl” wells.

‘Texas’ is slang for ‘crazy’ in Norway | All Ablog Austin

To be fair, it means the same thing in most of the U.S. as well.

This topic was automatically closed after 486 days. New replies are no longer allowed.