Not a surprise it happened in Texas. People keep telling me that progressives and people who use their brain live in that state, but so far it doesn’t seem like it.

With this attitudes today, I wonder where do they think they will get their engineers tomorrow.

Same goes for backyard pyrotechnics. Mind the biographies of the Apollo Project engineers who often started their career with homemade rockets.

Terrornoia today is a national security risk for tomorrow.

The only part of this story that has me in serious doubt is whether it was some idiot who wouldn’t know what an IED looked like if it came with a name tag tripping on ‘zero tolerance’, some xenophobic shitkicker thinking that they caught a terrorist muslin; or both.

There are enough incidents of both flavored to make the decision a bit tricky. Even utterly whitebread kids get busted for the dumbest things by power-tripping idiots; but we also have anti-Muslim paranoia so dubiously competent that Sikhs have ended up being targeted.

Pathetic, in any case.

Absolutely horrible! This boy has been deeply harmed by this experience. The school and the police need to make good.

According to the code of conduct fireworks are already verboten - the version 2016/2017 will probably include clocks.

This could have been me 40 years ago only back then the worst that could happen would have been to be called a geek. In fact we had “recycling projects” competitions and all of mine were electronic. I’m sorry Ahmed.

Clocks are a gateway terror-timepiece, leading inevitably to wristwatches.

He’s vowed never to take an invention to school again.

Great, so now he’ll be fearful of doing things in public, another clear sign that he is a troublemaker, according to some.

The Texas state government, as well as many local governments and school administrators have shown that they have no interest in science or rationality, or the best interests of their children, regardless of what the righteous right down there claims. Shadow fearing knee-jerk reactionaries.

Don’t mess with Texas, just in case whatever they have is contagious.

I know it’s too much to ask - but what about a trace of technical aptitude on the part of a teacher or police officer? Do they need to call in a bomb specialist to point out that you can’t have a bomb without some kind of explosive? I’m imaging his teacher and the police as scared chimpanzees wearing uniforms and jumping up at down in anxiety and fear at the site of a circuit board. Would it freak them out if they looked inside as computer or television, or the phone in their pocket and saw that it was filled with “bomb”? God help us, this level of stupidity is dangerous…

His school has an engineering teacher and the middle school he attended had a robotics club. These are valuable tools that have the potential to prepare him and other students for a wonderful future…and he’s been discouraged from being part of them now. 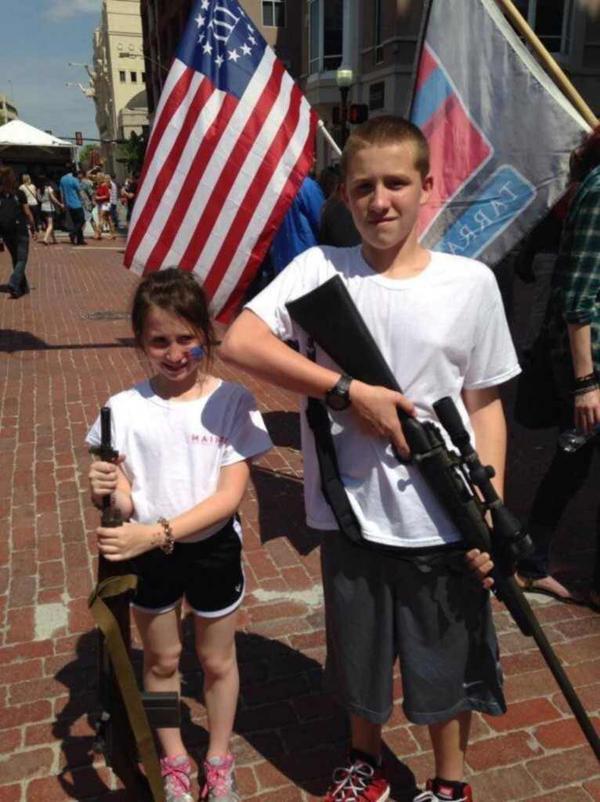 According to the code of conduct fireworks are already verboten - the version 2016/2017 will probably include clocks.

Ok, I agree with all that’s been said. Who would call the police on a kid who made something harmless?

But let me bright side this just a bit.

If Irving weren’t so far away, I’d take that kid under my wing.

That’s just wrong. You put finger on the trigger only just before shooting, otherwise it should rest outside of the trigger guard. Teach the children.

He’s vowed never to take an invention to school again.

Great, so now he’ll be fearful of doing things in public, another clear sign that he is a troublemaker, according to some.

You know, if instead of being a circus poodle in school the way I was, he starts building a portfolio and taking to venues like Adafruit’s Show&Tell, Instructables, maker fairs and the like, I’m okay with this.

With this attitudes today, I wonder where do they think they will get their engineers tomorrow.

Totally agree. I’d love to quote from the article, but they’ve changed the damn design, so from memory, the boy said something about how he wasn’t going to bring any of his inventions to school ever again. And the reason he brought it to school was to show a teacher who was a mentor to him.

Hey “educators”. This isn’t a James Bond movie. A real bomb doesn’t have a digital clock on it.

So I literally had laboratory glassware sitting in my Amazon cart for a week while I mulled over whether to buy it. Why would I be so concerned? Well some states regulate the ownership of flasks (*Cough*Texas*Cough*) and I don’t want overzealous law enforcement busting down my door (I live with a heart patient) and shooting the cats and dog because they think I’m trying to break bad. Add on top of that the fact that I’m brown and have a funny foreign name. (Fortunately, my parents dropped the “Al” in coming to the US or I’d have a very stereotypically Arab name.) SWAT teams have raided white people for very innocent scientific supplies.

But hey, I’m overreacting. This shit doesn’t happen. I should relax and buy my fucking glassware, and not be so paranoid, right? After chiding myself for a solid hour on my way home, I hit the button to place the order. Then this shit happens. I’m still not too worried. If nothing else, I live in a university town and the big drug scourge locally right now is heroin, not meth. But fuck if that doesn’t undermine the idea that I shouldn’t think twice when buying glassware and reagents. Also, my first projects? Explosives? Toxins? Oxidizers? Nope. It’s experimenting with cyclopentasiloxane for cosmetic products (nail drying drops) and maybe making some nifty conductive inks and gels.

Hey, Ahmed, if you’re reading this, keep up the good work and take it as a sign that you, like many smart people, are not understood in your own time and place. Also, I’m literally wearing the same shirt (different size) that you got arrested in. I would love to see people wear shirts with the NASA logo and “I support Ahmed Mohammed” on the back. What kinds of people do you think got us to the moon and landed Curiosity on Mars?

What I really want to know is where these teachers come from.

My mother, her sister, and their mother have all been teachers in one form or another. I have a difficult time relating them to the kinds of teachers that call the cops for this shit.