WATCH: Ahmed Mohamed's awesome press conference about being a rogue clockmaker in America

Hang on, the teacher thought it was a threat?

Ooof. I haven’t watched Interstellar yet… I think this 1 minute 12 second vingette has convinced me to actually pay money to view it conditionally with copyright bullshit.

I really hope this entire incident keeps this kid humble. He suddenly has new found celebrity in all this. Which can ruin a kid’s expectations.

I haven’t seen it yet either. I’ve been waiting to see if my wife gets it for me on BR for my birthday coming up. I see it’s now on netflix. I really want to see it. I’ve been told its great by some friends and it was partly filmed in my very own sleepy little prairie town (closed off parts of the old-main-road during filming) so looking forward to seeing familiar sites.
But ya that clip is bleak. I fear having similarly toned conversations when my son gets to school age.

I, for one, want to start a movement to de-criminalize clock making in America.

In all seriousness. Teachers are one of the lowest-paid vs. education-level jobs out there. Teachers need to start using their intelligence (brains!) and look at intent, not freaking out over every little thing.

He reveals that he’s switching high-schools

Soooo, presumably at least the second time his family has had to move to seek a better life…good job Irving, Texas

I’m as tolerant as the next white, third-generation irish-American, enitled, old boomer guy…but I draw the line at smarty-pants immigrant-family kids designing and engineering strange, exotic devices that frighten me.

Have this young man sit himself down with a canister of Lincoln Logs to keep him occupied and get this crazy “maker” fad out of his system. Today it’s something called a “clock”…tomorrow it could be something far more abominable to right-thinking folks.

Hey, a question: why doesn’t this post show up in the list at http://boingboing.net/category/post , which I find easier to navigate than the default new design? It’s linked from your 3:08 a.m. post Cory, when you expand it, but it doesn’t appear in the main list. It would be great to be able to trust that scrolling down the main list at http://boingboing.net/category/post would let me not miss any posts when I’m catching up. Thanks!

Saw this on social media yesterday: 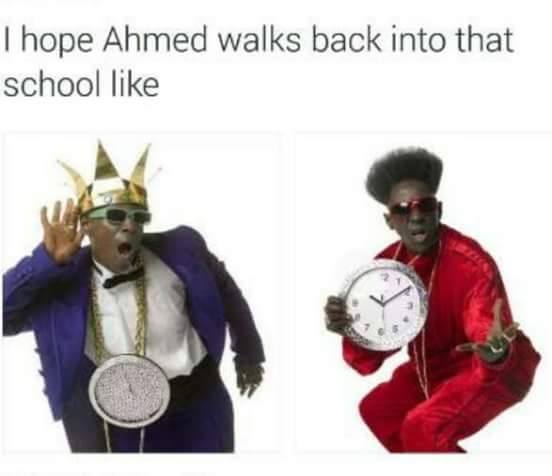 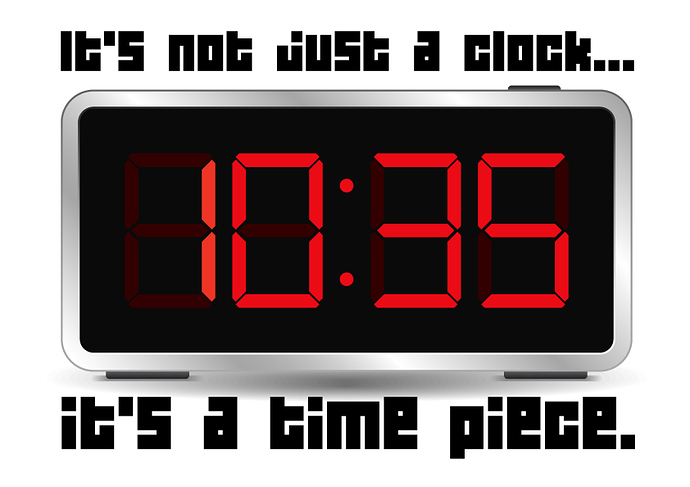 One thing in this whole story that is very disheartening to me is how clueless the teachers who first saw the clock were and how little support they (apparently) gave Ahmed. I expect teachers to know the personalities and capabilities of their students; to be able to discern real threats from imaginary; to be able to stand up and say, ‘Wait a minute. I know Ahmed. This is clock, FFS!’. You know, to be mentors, not security guards. I think the situation could have been avoided completely if, from the very beginning, the teachers reacted appropriately. When our teachers can’t do that, they should get training or be fired.

The police officers of Irving, Texas should not be getting their training on identification of IEDs from action movies.

I really hope this entire incident keeps this kid humble. He suddenly has new found celebrity in all this. Which can ruin a kid’s expectations.

He seems to have a pretty level-headed family. Behind many a great young man is a great mom. Anyway, President Ahmed Mohamed in 2036? 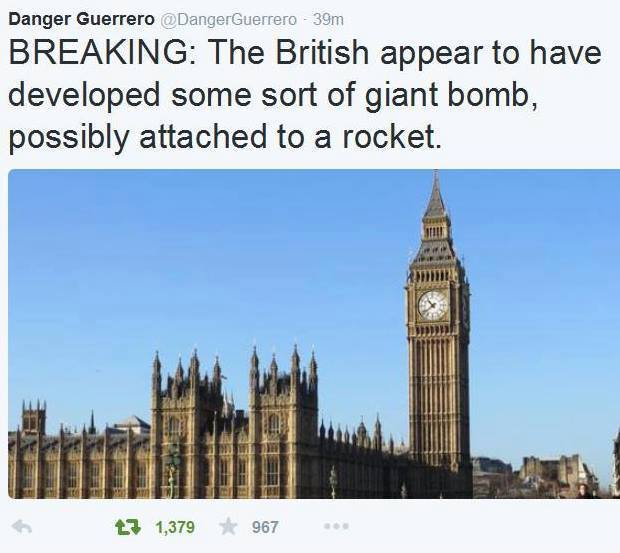 Go over the Chief of Police’s house:
Movies on the wall: SWAT Training Day The Hurt Locker

I believe that we should stop hiring former military personnel for law enforcement jobs. The mindset is completely different.
All police officers should be required to have a A.A. or A.S. as a minimum, those with a Criminal Justice degree need not apply. Encourage those with a Customer Service background, provide on-going Ethics and Philosophy classes.

I believe that we should stop hiring former military personnel for law enforcement jobs.

Depends on their role in the military. I would tend to want to rule out people who might have PTSD - which may turn out to be caused by physical brain damage rather than a treatable mental illness - but I know at least one ex-military policeman who is very unhappy about armed police who have not been in the military - as he says, most of them do not understand what guns do to people, whereas as a former military policeman he is all too aware of it. However, this is the British Army and I had probably better not go into detail here on the views of British soldiers on the US Army, except to quote an ex-REME officer who said “Well, put it like this, they’re better than the Israelis.”

I like to imagine how his classmates have viewed the events of the past week. I wonder what conversations have taken place, both among themselves in the playground, away from the teachers, and in the classroom.

Ahmed made something and brought it to school.

Ahmed got frogmarched out of school in handcuffs. For bringing a homemade clock.

Ahmed has been invited to the White House.