KIDS! I get it now. Actually, the 1 direction reference was useful.

Beyoncé needs some dynamic range, though that’s a subject for another time

Sounds like you have an opportunity to try … Wondering if someone is a narcissist? Just ask them. 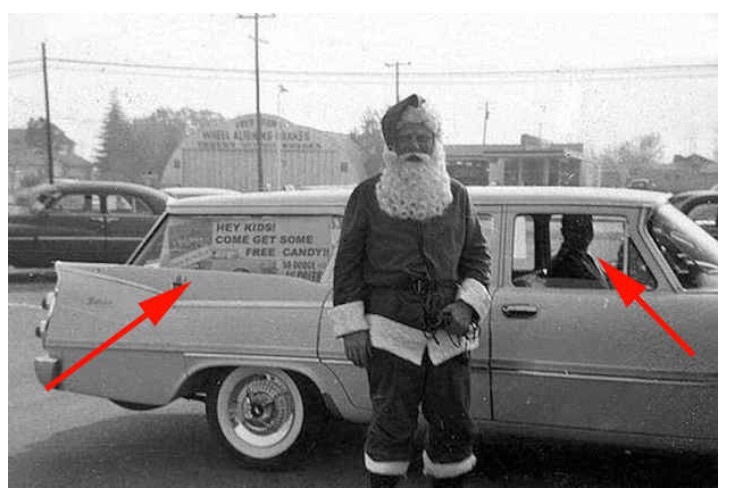 Mark would approve the use of his image here!

but I just happen to like clean unadorned skin, “blemishes” and “imperfections” and all.

Srsly, freckles are supercute. Foundation covers them up. Back in high school a lot of girls felt that freckles made them look less feminine so they ended up looking like party clowns with the amount of foundation they wore to try and look “elegantly feminine” rather than “tomboyish”.

In anycase do whatever makes you happy. If you like using makeup to have perfect looking skin, good on ya. If makeup isn’t your thing, that’s cool too. It’s just gunk that changes what your face looks like, there’s no point in judging anyone over how they do or don’t use it.

Back in high school a lot of girls felt that freckles made them look less feminine so they ended up looking like party clowns with the amount of foundation they wore to try and look “elegantly feminine” rather than “tomboyish”.

Probably because they were made fun of for their freckles. Can’t win for trying, especially when they get called “party clowns” for avoiding one group of mockers.

When I was a kid, I didn’t like freckles or red hair. Didn’t prefer blondes, either. By my twenties, I still had a soft spot for brunettes, but had lost my aversion to red hair and freckles. And now I have no real preference for any particular coloration at all. My lovely wife is red haired and freckled and the prettiest thing I ever did see.

She’ll very occasionally put on lipstick for evenings out, but otherwise eschews makeup. (Eyeliner? Mascara? Blush? Eyebrow pencil? I don’t believe any of these even exist in our house, though there’s an old compact of foundation or two gathering dust 'neath the sink. And several dozen hues of nail polish.) And she’s always quite yummy.

Obviously there’s often no-win situations where people get bad outcomes no matter what they do or don’t do. It really sucks. I’m not into making fun of people for their appearance, mainly because I’ve never been proud of the way I look, so why even bother piling on on someone else? The “party clown” thing is hyperbole, and generally insensitive, but I didn’t mean it to be hurtful. So I guess there’s the blind spot again.

Not that that is a generalization…

Livin’ life does that to ya

I don’t normally wear makeup (and yes, I’m a dude, and yes sometimes I have… Err… Manly blemishes), but I have learned to trim my eyebrows, my Van Dyke, keep my Mane Well Coiffed, and generally Clean Up Well.

I honestly hate this entire discussion. There is no good response, let alone right response. Other than, “I love you”. And even then it could be manipulation.

the guys who prefer “natural beauty” are indeed oblivious to what “natural” looks like.

A lot of guys are oblivious, full stop. But I have awakened next to more than a few women who “didn’t have their face on,” even a couple who were genuinely under the weather or going through some unfortunate rash or breakout. They still looked most attractive to me in that moment before they went through the puttin’ on their face ritual. You live long enough, you pay attention enough, you begin to see past more illusions and to care less about the ones that matter not at all. 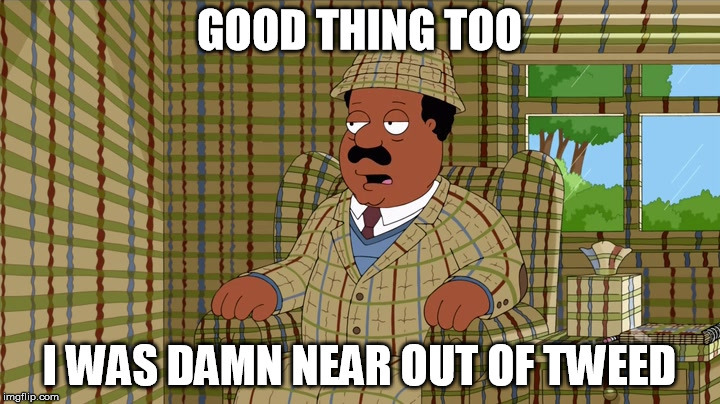 Yeah in my younger days one of the things that steered me away from foundation and powder was the fact that I liked my freckles.

When I did cover up acne I would try to use a minimum amount of powder to get my concealer to blend in so my freckles were still visible.

I don’t think much about it anymore. I usually do full goth face when I go out dancing or to concerts, and a little more toned down gothy makeup if I wear makeup to an event or party.

Most days I skip all makeup but I will sometimes do something fun with my eyes if I have time to kill, and I’ll wear lipstick a bit more when I’ve just bought a new one.

…have you tried tweed?

I have to say, Eppendorf did a great parody years before they existed. 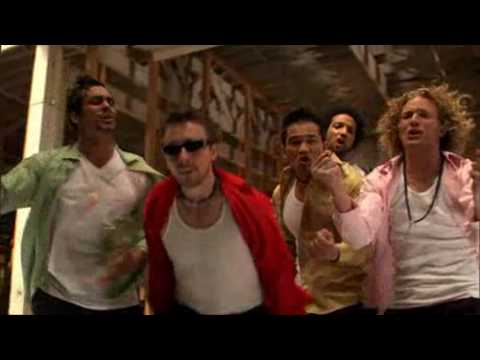 Saw the same comics posted to Metafilter. A commenter linked another comic from Ms. Dong, saying simply “OMG THE OCTOPUS ONE”. The octopus one? 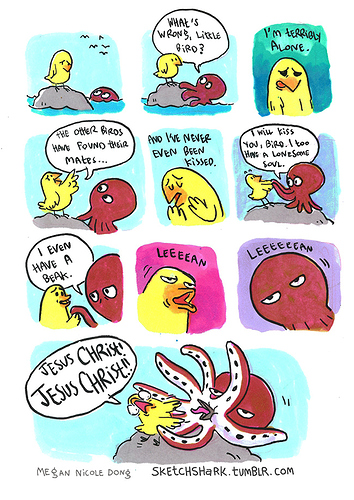