Coming through northern California this summer?

Up for a pint, some coffee, or a hike? Fair warning to those who think this is northern California: 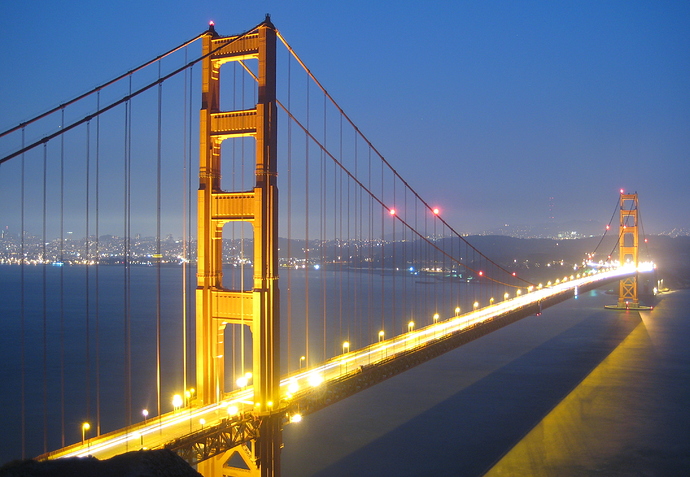 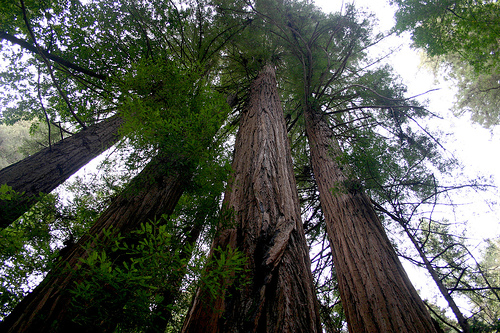 It’s interesting you say that, because as a California native, (although I could be an anomaly,) I would call the bay area and parts North (including Redwood National Park et. al) Northern California. Geographically I know it’s closer to the center, and again I may be an outlier, but to me, growing up in Santa Barbara County, Santa Barbara and San Francisco were the southern and northern borders of the central coast, and it doesn’t really feel right to refer to either of them as Central California.

Everybody north of Point Conception thinks Northern California starts right where they are.

When I make it back to Mendo I’ll look you up.

We have redwoods way down south in Armstrong Woods too.

I’ve always thought of the Bay Area as Central California, having spent a bit of time in the Dunsmuir area. But I also have a habit of thinking of the whole state as Alta California, so if the whole thing is El Norte, then I don’t mind letting Bay Area folks calling themselves Northern Californians.

I draw the line at referring to San Francisco as “The City,” though. Ugh.

Close enough, though in fact when I’m in CA (most of the summer when feasible) I live a fiddly 45 minute drive SW of Guerneville that I prefer fully sober, so haven’t tried the place.

It’s interesting you say that, because as a California native, (although I could be an anomaly,) I would call the bay area and parts North (including Redwood National Park et. al) Northern California. Geographically I know it’s closer to the center

Here’s my geographical argument for my choices of boundaries for northern, central, and southern California. The state’s Sacramento-San Joaquin valley is bound at its southern end by the Transverse Range, which therefore marks the boundary between SoCal and Central California. Anything in the San Joaquin River’s watershed is Central California. The Delta, the Carquinez Strait, all the way through to the San Francisco Bay, all Central. Anything in the Sacramento River’s watershed is northern California. 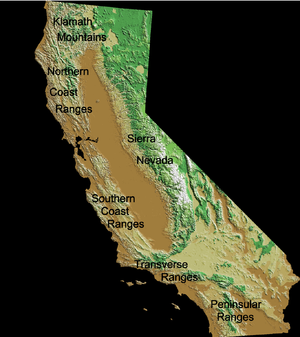 And in northern California where the redwoods grow tall,
I’ll stand in your hottub and sing of my balls!

That’s a very good idea delineating it through watersheds, and personally I think that’s a fantastic way to divide it up geographically. But both watersheds’ outlets are through San Francisco Bay, which still leaves it the dividing line between the central and northern parts of the state. 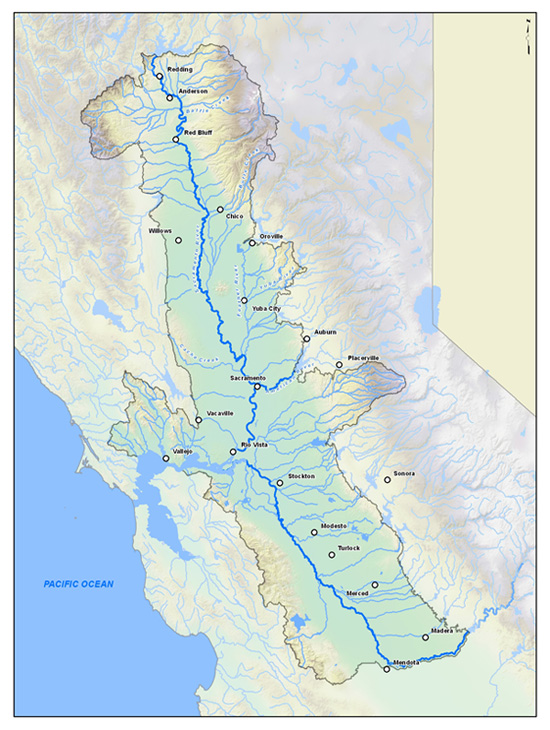 For the purposes of the OP and meat-space sociability, I do not plan to be near anyone’s definition of Central California in the near future.

Likewise. Next time I’m in your area, we should grab a drink.

I don’t actually have a hottub, but I have no wish to stand in the way of your musical self-expression

I draw the line at referring to San Francisco as “The City,” though. Ugh.

It all really comes down to how many regions you wanna slice California into. If you divide all of California into “Northern” and “Southern” then the SF Bay Area definitely falls into the upper half.

Wikipedia chooses to define “Northern California” this way for some reason even though the red areas clearly extend below the centermost latitude: 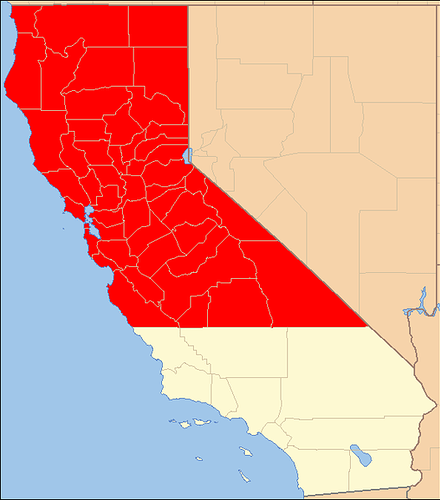 Are we discussing how to divide up California into sensible chunks, or are we trying to convince me that I’m becoming something of a recluse since leaving Silicon Valley? If 1) we can make a new thread if you want to discuss California, and if 2) yeah, I know.

Here’s the thing: I rarely make it down to Santa Rosa, like twice so far this year. Even more rarely the SF Bay Area. I try to get over to Sacramento once in a while, much like the salmon returning to home, I guess. I haven’t crossed the red-white boundary in years.