$600? Golly, that works out to almost 67 dollars for each month we’ve been struggling through the pandemic since the last stimulus check!

I hope that $1200 everyone got back in March tided you over these past 9 months. If you’re lucky you’ll see that $600 before the end of the year. Remember to thank Yertle for making you delay your gratification, moochers!

Republicans demanded one fewer month of an already ungenerous UI package for that $600.

How fucking magnanimous of them.

Also there’s a woman who recently said that we need to stop calling aid like this “stimulus” as it’s NOT about “stimulating the economy”, but about giving people some much needed help in order to survive.

Maybe an unpopular opinion, but I’d accept a smaller check as long as the unemployment extension lasted longer than the previous one. It’s been over 4 months since they thought they’d back the first extension…and so far, nothing.

A booster package for front-line workers would be nice, too. People are risking their lives just to make food, pump gas (run the store), or sell us retail goods. 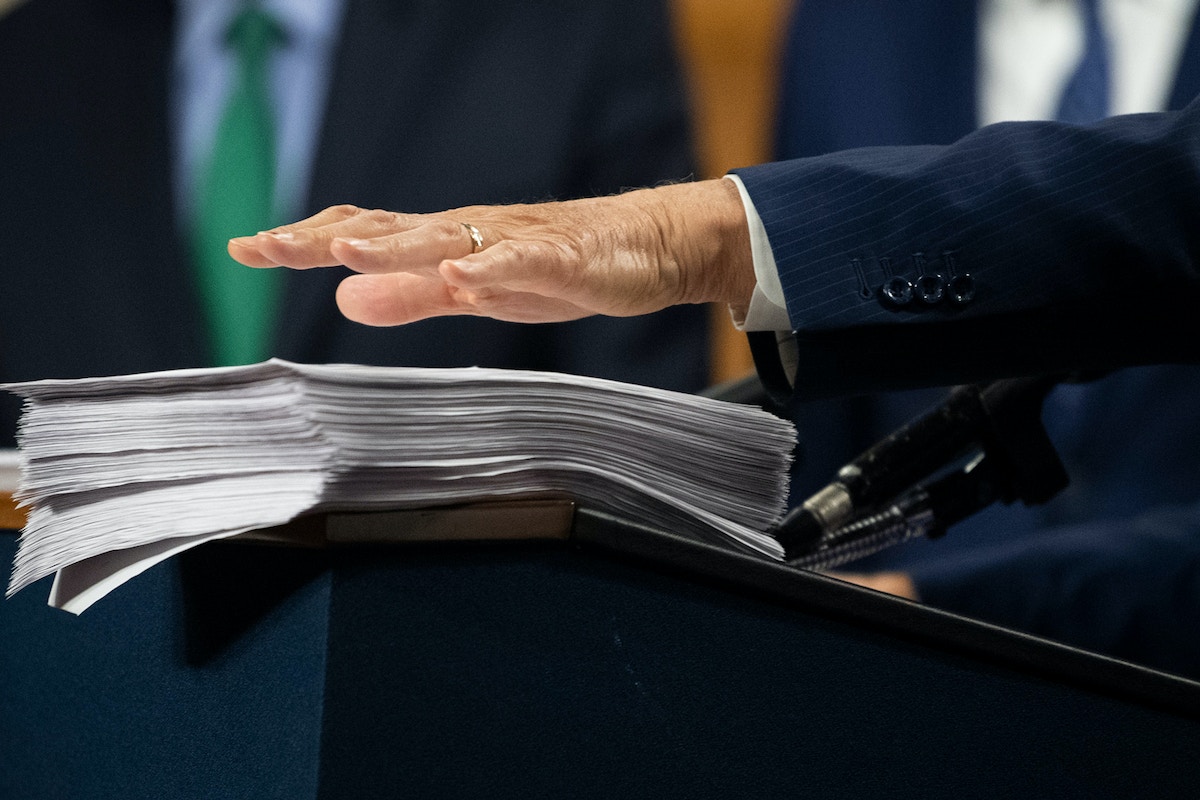 The bill provides that businesses claiming expenses reimbursed by PPP forgivable loans, which are already tax-free, can be further used as deductions when calculating taxable income. In other words, the change would allow a corporation that claimed $1 million in PPP reimbursements to apply that money as a deduction on its tax return, reducing taxable income by $1 million.

And removal of aid to cities and states, though economists are pretty agreed that it would really help.

This is from the NYT morning briefing and has me feeling both infuriated that it’s been like this so long, and slightly hopeful that things could change, even if McConnel stays on top:

Any senator can propose that a bill receive a vote. If at least 50 other senators want it to receive one, it will.
In recent decades, though, senators have voluntarily surrendered this power to their party’s leader, giving him (and, no, the Senate has never had a female majority or minority leader) a veto over what comes to the floor. The practice helps keep parties unified.
But it comes with a major downside. It makes bipartisan compromise harder to achieve. Coalitions that could pass a bill — but that don’t include the majority leader — don’t get the chance to form. “By stopping the legislative process before it starts,” James Wallner, a former Republican Senate staff member, has told me, “it makes compromise harder.”

In context, for this bill, Mitch couldn’t keep blocking it because he can count to 51.
I have a long shot dream that Collins and Murkowski will both decide this is their last term and will go Independent, using their last years to get shit done. Fantasyland, I know. But it’s getting me through.

it’s NOT about “stimulating the economy”, but about giving people some much needed help in order to survive.

At this point they’re one and the same. It’s just not the kind of “stimulus” one would normally think of first.

Also there’s a woman who recently said that we need to stop calling aid like this “stimulus” as it’s NOT about “stimulating the economy”, but about giving people some much needed help in order to survive

It’s of a piece with Charlie Pierce’s First Law of Economics:

Yep, Biden’s victory really is giving us a return to how things were before trump. Poor people are “given” $600, wealthy people quietly get millions in tax deductions

COVID relief package contains a $120 billion gift to the superwealthy

As for people keeping the country moving, they are lesser people, and should just work harder if they want more money! /sarcasm

My understanding is that state and local aid was tied to their reprehensible liability shield, and split off into a separate bill.

Yes. That’s more accurate. I was caught up in listing what the D’s surrendered. Because, morning grumps.

This shit is infuriating. You know they GOP is going to claim they fought for UI and stimulus checks, too. The response to that, “then why did democrats have to trade something for them” should be hammered over and over.

Stop complaining! Just “donate” a couple of million to the appropriate PAC and you’ll get plenty of relief.

What is it with you poors?

Dems in May: Lets spend $3 trillion on COVID relief
Republicans in October: How about $2 trillion?
Dems in December: Lets compromise! $900 billion!

What is it with you poors?

We keep idiotically clinging to the hope of a world that recognizes one’s humanity irrespective of wealth or power. And while the world might keep saying its a pointless, wasted hope, its a hope that will never cease

I seem to recall seeing the opposite (with fewer dollars, but still…) in MAD magazine circa 1960. House votes for $100 million in a military bill. Senate votes for $200 million. In reconciliation, they compromise at $300 million. Easy-peasy.

Dems in May: Lets spend $3 trillion on COVID relief
Republicans in October: How about $2 trillion?
Dems in December: Lets compromise! $900 billion!