I mean, if this is their idea of reform, I don’t think it’s working. Maybe they’ll increase overtime again to do some sensitivity training.
Not that sensitivity training works, when the policy is to investigate, and delay, and give paid suspensions. But I suppose the officers really need to understand, and empathize, so they can feel a little bad about causing grievous bodily injury.

I’d guess the odds of officer Dominguez landing on any sex offender registry are below zero. And yet, as a civilian, in a dozen or so states, if you get caught pissing on a tree in public, you better have a good lawyer or you’ll land on a sex offender registry, probably for life.

At a glance, I can’t find any NYPD officers convicted of sex abuse in the NYS sex abuse registry. Maybe there are some but I only had the stomach to look up a half-dozen NYPD officers who were convicted of sex crimes and then try to find those names in the state sex abuse registry. IIRC, some of the officers in my precinct who landed in court on sex charges, ended up with plea agreements that allowed them to doge the state sex offender registry. It seems to take some fancy lawyering–which no doubt the PBA has in plenty–to dodge the state sex registry but if the DA agrees to change the charges, etc. it can, apparently, be done.

Succinct, and to the point!

I’ve heard about beat cops, but this is ridiculous!

I don’t know what everyone is concerned about. He did the right thing and jacked off instead of raping the daughter. Clearly he made the right choice!

The disturbing alternative: it is working (or did work - I don’t think the current leadership has the same desire for reform). The SJ police were a lot more hands-off with the protesters than in a lot of places, where cops were gleefully cracking skulls, drop-kicking protesters and wantonly spraying random people with pepper spray and bullets. The SJ police were horrible, but orders of magnitude less horrible than in other cities.

The question in my mind is: how good can police departments even get under current systems? There almost certainly needs to be significant reform at higher levels to fix things, as there’s only so much even a “good” police chief can accomplish, especially in the face of qualified immunity, overly-chummy relationships with prosecutors, and powerful police “unions” and the politicians at all levels that pander to them.

Help a boomer out here. I honestly don’t mean to offend or stir the pot or anything, but several people have commented that the story really doesn’t make sense (that was my first reaction). The father and uncle just left the room to let him finish? I wouldn’t care who it was, he’d be tackled on sight (granted, I am white).

I realize ACAB, etc., and statistically the family is probably right. But Occam would say it likely didn’t happen and it’s a coordinated smear story.

How does one reconcile the cognitive dissonance of believing a story with hard to believe aspects simply based on the career of the masturbator (alleged)?

I think Occam would say to keep him out of it.

What kind of copaganda is it to deny this?

You talk tough, but really no one who doesn’t have a death wish is going to assault a cop.They did the right thing to just get everyone out of there, much like if you found a rabid hippopotamus in your kitchen.

Who? Is this like Trump’s “people are saying” nonsense? Because no one in this thread has said anything like that.

Personally, I’ve witnessed so many crimes, including felonies, committed by so many different LEOs that this story isn’t even slightly hard to believe.

One boomer to another, I hope that helps your ability to understand the reality experienced by many in the U.S.

In extreme circumstances, people rarely act in the way that they themselves would have assumed.

the family is probably right

definitely not “stirring the pot”

I’m not sure what your age has to do
with understanding that there are cops who engage in criminal activity.

I hear from several people in that age group that they have no trouble believing the allegations.

But I’m sure his body cam will provide additional evidence.

It’s just like 'Nam, you weren’t there so you don’t know, man.

wouldn’t care who it was, he’d be tackled on sight

So the part of the story you find hard to believe is that no one assaulted a cop?!?

granted, I am white

Oh, that goes without saying.

Here in Idaho you can get in trouble for rejecting the privilege of being raped by a Republican legislator.https://www.dailymail.co.uk/news/article-10761033/Woman-testifying-Idaho-lawmakers-rape-trial-flees-court.html

Yeah I doubt being white would protect you from the consequences of tackling a cop no matter how much in the wrong they were. To paraphrase Patsy from Spamalot, “it’s just not the kind of thing you ̶ ̶s̶a̶y̶ ̶ do to a heavily armed ̶C̶h̶r̶i̶s̶t̶i̶a̶n̶ cop.”

And if you did jump a cop with his dick out then… truly… no one would ever believe you. Who would believe a person who just assaulted a cop?

It’s already so hard to believe some one after all.

Except that the person can KILL you and your entire family, with probably no real consequences.

But Occam would say it likely didn’t happen and it’s a coordinated smear story.

I’m not sure what your age has to do

Well, I mean, didn’t boomers love and trust the police at all times! Especially in Chicago in 1968… /s 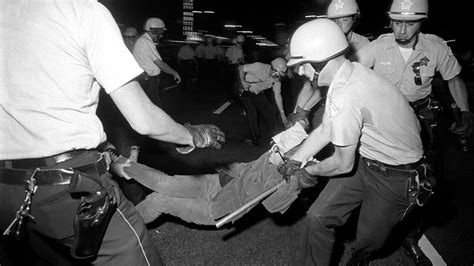 Thanks for an actual answer. I’m guessing you’re right.