This guys is a true hero, he save a life at the expense of his own career. He needs a Patreon to cover his expenses. I wish there was a fund for people like this that could receive a pension for good acts.

Then two other cops showed up and shot the man dead. His gun was unloaded.

Fired for not exhibiting the cowardice of his superior officers. We have truly crossed the Rubicon and are fucked.

Looks like there is a go fund me. It needs to be vets but here you go. 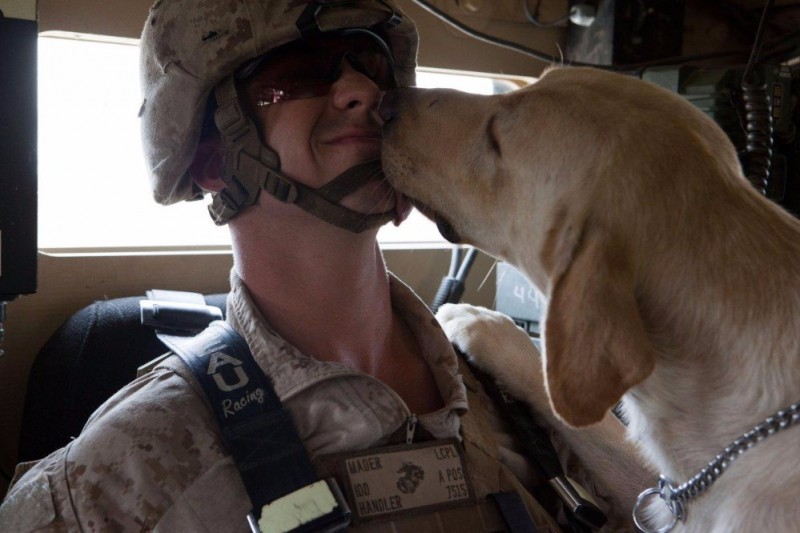 Click here to support Stephen Mader organized by Kevin Minus

Hello,   My name is Kevin Minus. I started this gofundme campaign to show solidarity and support for Stephen Mader,  a former West Virginia officer who was fired after attempting to use peaceful deescalation techniques to resolve an altercation. More...

I used to think the current state of American police forces was the result of failure to weed out the bad apples. Now I realize they were also sorting through the fruit basket and chucking out any good apples they came across.

Appears to be “on behalf of” Kacie Mader (wife?)

one good apple might have unspoiled the barrel, we can’t have that shit.

16 Likes
Wells Fargo blackballed employees who refused to commit fraud, forcing them out of the industry forever
fiddlingfrog September 14, 2016, 6:01pm #9

After responding to a report of a domestic incident on May 6 in Weirton, W.Va., then-Weirton police officer Stephen Mader found himself confronting an armed man.

Immediately, the training he had undergone as a Marine to look at “the whole person” in deciding if someone was a terrorist, as well as his situational police academy training, kicked in and he did not shoot.

“I saw then he had a gun, but it was not pointed at me,” Mr. Mader recalled, noting the silver handgun was in the man’s right hand, hanging at his side and pointed at the ground.

Mr. Mader, who was standing behind Mr. Williams’ car parked on the street, said he then “began to use my calm voice.”

“I told him, ‘Put down the gun,’ and he’s like, ‘Just shoot me.’ And I told him, ‘I’m not going to shoot you brother.’ Then he starts flicking his wrist to get me to react to it.

“I thought I was going to be able to talk to him and deescalate it. I knew it was a suicide-by-cop” situation.

Mader was responding to a 911 call from Williams’s girlfriend. In that call, she told police that Williams was threatening to kill himself, not anyone else.

What Mader did upon arriving at the scene is a hell of a lot braver course of action than simply opening fire when the suspect doesn’t immediately disarm. What Mader did is in fact exactly what we want cops to do when someone is in crisis. It’s also precisely what law enforcement officers say they do on a daily basis — put themselves at risk in order to save lives. Mader should have been given a medal. Unfortunately, two more cops then showed up, and quickly shot Williams dead.

I wish I could say I was unsurprised by this turn of events.

Aaaaaand once again, this is every Onion editor right now:

It’s not like this cop actually leaned on his police training. He was going off of things he learned outside the department. It even had a chance of working until some murderers came and executed standard police training on the suicidal guy.

“Here is something you can’t understand!”

Okay, so, the official reason Mader was fired, according to the chief of police, was that he put two other cops lives in danger.

Two other cops who PUT THEMSELVES into whatever line of fire there may have been, who continued on to thwart any hope of de-escalation.

And cops wonder why they’re targeted for shootings? The good ones (actually just the ones trying to do a good job) can’t even get a chance at doing good.

Fuck these corrupt systems. The police departments are there to serve and protect. Their sole purpose is to be the risk takers who try to make baf situations come out better. But the pig that runs the joint here places all of his men’s lives far above all the people that they are supposed to be serving.

It’s disgusting. They are such cowards it honestly disgusts me. Fire Head Pig In Charge and make Mader the chief. He actually was there to serve. Not to kill.

I have nothing useful to say about the tragedy of the situation but cannot leave unsaid my esteem for this police officer. Why he’s not been exalted by and among his peers, used as an example in textbooks baffles me.

Well it looks like we can all order up a reliable Suicide by Cop at any time, and regulations don’t allow them to fail to deliver. That could be useful in some scenario.

This has got to be some sort of satirical news site, right? Please?

Mader, a Marine Corps veteran, says that he assessed the situation and decided that Williams was not a threat to him or others, so the officer used his “stay calm voice” and tried to defuse the situation: when Williams said, “Just shoot me,” he replied, “I’m not going to shoot you brother.” Then two other cops showed up and shot the man dead. His gun was unloaded.

So: Newb officer is at scene, and has established somewhat of a rapport with a clearly disturbed individual. Tells person he’s not going to do anything drastic. Works to de-escalate the situation. Then two full-timers show up, and murder the disturbed individual, after which Newb is fired.

What a shame. I hope things work out for him. On a positive note, he was being paid a measly $34k to put his life in danger on a daily basis and work in the company of (apparent) assholes. Now there’s an opportunity for something better to come along.